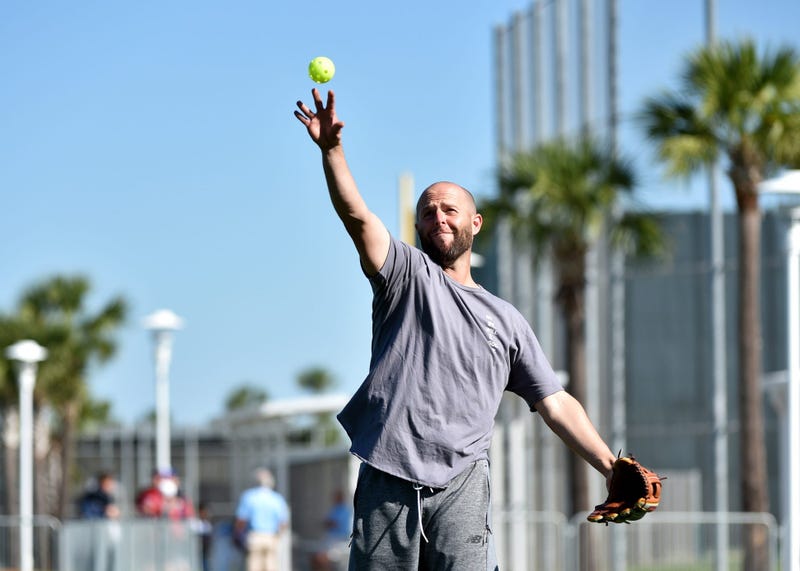 FORT MYERS, Fla. -- Dustin Pedroia can be somewhat surly when an injury is part of his existence. But that hasn't been the case throughout this spring training.

As Eduardo Rodriguez reminded us late Wednesday morning when asked about rehabbing with Pedroia early in the morning, "He’s noisy all the time you know how he is."

So, even though Pedroia is missing the first spring training of his professional life, you have a happy second baseman. Why? Two reasons. First, is progressing nicely. Evidence of that Wednesday was Pedroia taking batting practice out on a baseball field for the first time since his knee surgery.

"I wasn't allowed to hit outside [after the surgery]. It felt great, " Pedroia told WEEI.com, having taken cuts with bullpen catcher Mani Martinez throwing the batting practice.

The second part of the equation is simply feeling like himself.

"I'm like that because it's not fun hurting," Pedroia said. "Would you be really happy if it hurt to walk and you had to play second base? It was painful, man. Now it's not. So I'm happy. I'm normal.

"I understand what I went through was hard, and the guys watched me go through it. So I have to follow every step before I'm able to play like I can play and be the guy who I am. It's not fun trying to go to work and hurting."

Another potential issue would be having to spend his days doing everything but actually playing in baseball games. Pedroia has figured that out.

"It's all about competition," he said. "Instead of competing in a baseball game that day you compete with strength, trying to do five more pounds of a certain exercise or spend one more minute on a bike. That's what I try and do. You have to find ways to compete and little ways to keep your mind off of things. You're just competing against yourself.