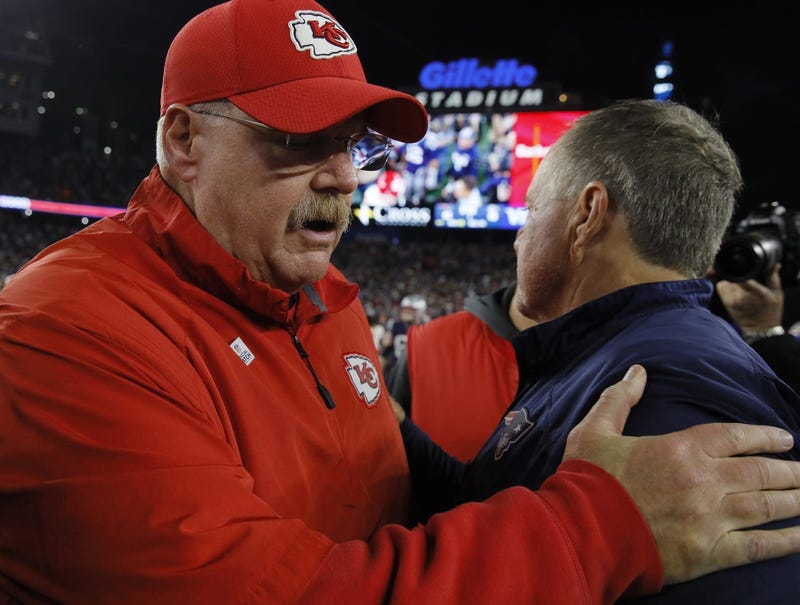 It’s past the midway point of the season so the AFC playoff picture is starting to become more clear.

After a 1-2 start, the Patriots have won six straight games to improve to 7-2 on the year and are right back to where many expected them to be.

While the AFC South may be one of least competitive divisions in the league, the AFC North is arguably the most competitive, which means the division will likely come down to the last week of the season and therefore so will the entire AFC.

Here’s how things are looking after Week 9.

The slip up against the Patriots didn’t hurt the Chiefs too much as they have won every game since. Their offense is still the best in the game, as they are averaging over 36 points a game. The biggest question with them is will their defense be a liability in the playoffs? Kansas City has the Cardinals this coming week, but then their biggest game of the season on Monday Night Football in Mexico City against the Rams the following week.

New England has put things together after a sluggish start to the year. While there certainly are plenty of improvements that need to be made, compared to the rest of the league the Patriots aren’t in that bad of shape. The biggest thing with them seems to be their defense and how good can that unit be? It is coming off its best performance of the year holding Aaron Rodgers to 17 points, so things seem to be looking up. It appears it will come down to them and the Chiefs for the AFC’s top seed and homefield advantage throughout the playoffs.

Pittsburgh is another team that has put things together after a slow start, but since they play in the AFC North nothing will be decided until the final few weeks. Le’Veon Bell needs to return to the team by next week if he wants to play at all this season, so this will certainly be something to keep an eye on. Also, the health of quarterback Ben Roethisberger as he suffered another injury this past week, but it looked worse than it really is. They play the Panthers this Thursday night.

The theme continues with teams who have overcame bad starts as no one had a worse start than the Texans. Houston lost the first three games of the year, but has won six straight to now be on top of the AFC South. They have the potential to run away with the division as Tennessee and Jacksonville are in the midst of down years.

The Chargers may be one of the most surprising teams in the entire league, and they will get even better on defense with the return of Joey Bosa. Playing in the AFC West with the Chiefs will make it tough for them to win the division, which means no one will want to play them on wild card weekend. Keep an eye on San Diego.

Right now the Bengals have the last playoff spot, but that could change quickly depending on the health of A.J. Green. He’s being considered week-to-week with a foot injury, but is expected to miss at least two games. Also, playing in the AFC North isn’t great for them since they have to play the Steelers and Ravens a few more times and those are all tough matchups.

It’s really hard to see any of these teams making late season runs, but keep an eye on Miami just because they play in the AFC East and get to play the Bills and Jets multiple times. They have the best chance of sneaking into the playoffs, especially with things going in the wrong direction for the Bengals.