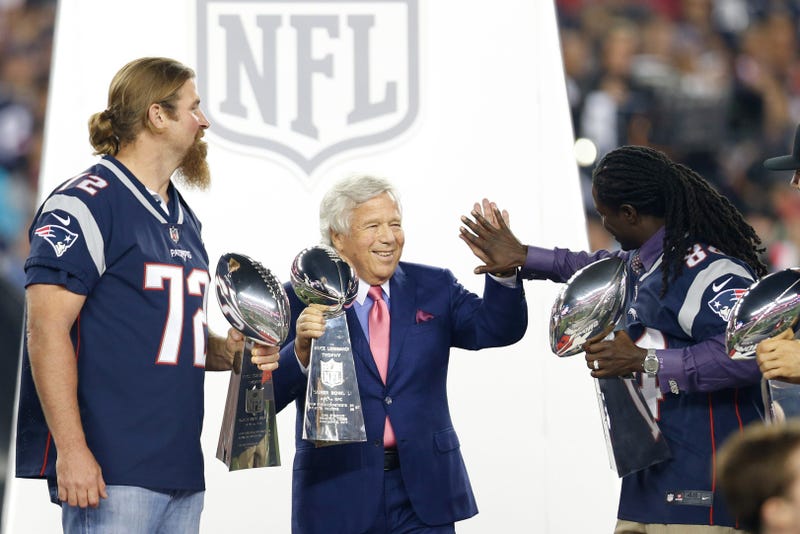 Leading up to Patriots training camp at the end of July we’re unveiling our all-time Bill Belichick Patriots team with a new position coming out almost every day. Today, it’s left tackle. Click here for the complete series so far.

Left tackle has been one of the most stable positions on the Patriots' roster in the Bill Belichick era, as since 2001 the team has only had two true left tackles -- Light and Nate Solder. No disrespect to Solder, but Light was just a tad better.

Light, who was selected in the second round of the 2001 draft, won three Super Bowls with the Patriots and was also a three-time Pro Bowler. Light was part of the offensive line in 2004 which helped the team to average more than four yards per carry and allow Corey Dillon to set the single-season franchise record with 1,635 rushing yards.

It is also worth noting Light played with Crohn’s disease, a condition that impacts the digestive system. After the 2004 season, Light had 13 inches of intestine removed.

"I basically got to the point, over the 3-4 years of being diagnosed with Crohn's, that I couldn't handle the pain anymore," Light said to Mike Reiss in 2012. "The pain became so difficult that in the offseason it just paralyzed me. I'd hit the ground. You can't wake up. You can't sit down. You can't do anything without this becoming a problem."

The Purdue product started 153 of his 155 career NFL games.