FOXBOROUGH -- Playing wide receiver in the NFL is hard enough for a rookie, but even more difficult when your quarterback is Tom Brady

Patriots wide out Jakobi Meyers is a perfect example of how tough it is to gain the trust of the greatest quarterback to ever play the game.

For the first few weeks of the season, Meyers' playing time has been scattered, and he's constantly spoke on how he's working to gain the trust of Brady in the passing game.

Well, Thursday night in the Patriots' 35-14 win over the Giants that connection was certainly tested.

When Josh Gordon went down with a knee injury in the second quarter and Phillip Dorsett didn't dress at all due to a hamstring injury, a ton fell on Meyers' shoulders to be the No. 2 receiver and then fellow rookie Gunner Olszewski took over as the No. 3 receiver.

Meyers had a terrific game, finishing with four catches on four targets for 54 yards, including a beautiful 23-yard back-shoulder grab in the second half.

Speaking afterwards about the catch, it's clear just how much Brady is on his mind.

“You go through it in practice all the time, they put it in crazy places, and you just do your best to catch it," he said. "I kind of figured if I drop this one, I might not get another one, so I made sure I held onto it tight.”

It's hard enough to play in the NFL in front of so many people and feel the pressure that comes with that, but even more so when thinking about your own quarterback and if you'll ever see the ball again. One dropped ball and the potential is there to be cut off, huh?

That has to be extremely hard as a rookie to have so many things going through your head before you even catch the ball, but that comes with having Brady at quarterback.

Brady did have some positive things to say about the young receivers stepping up in the win.

"They’re working hard at it, and I appreciate all their efforts," he said. "When you’re a young player – I mean, I always said when I was young, I just was trying to be on time and not forget my playbook anywhere. These guys are kind of in a different role than that. They’re playing in games and contributing. So, again, I’m happy for those guys to come in there and help us win a game. That’s what we needed. Anyone who’s on the active roster has to be ready to go. So, it was just good for those guys to catch some balls and gain some confidence."

And not only was Brady pleased, so was fellow wide out Julian Edelman.

"Gun Show (Olszewski) and Kob’s (Meyers) made some really big plays," he said. "Kob on that back-shoulder in the red area, which was a huge play. Gun Show with that in cut and a couple of unders. It was good to see them come in and be able to allow us to go in and run plays. Super proud of them. They are doing a really good job. We have to keep it going.”

While it certainly isn't the easiest thing for a rookie to do, these two rookies continue to build their chemistry with Brady and games like Thursday certainly help in a big way. 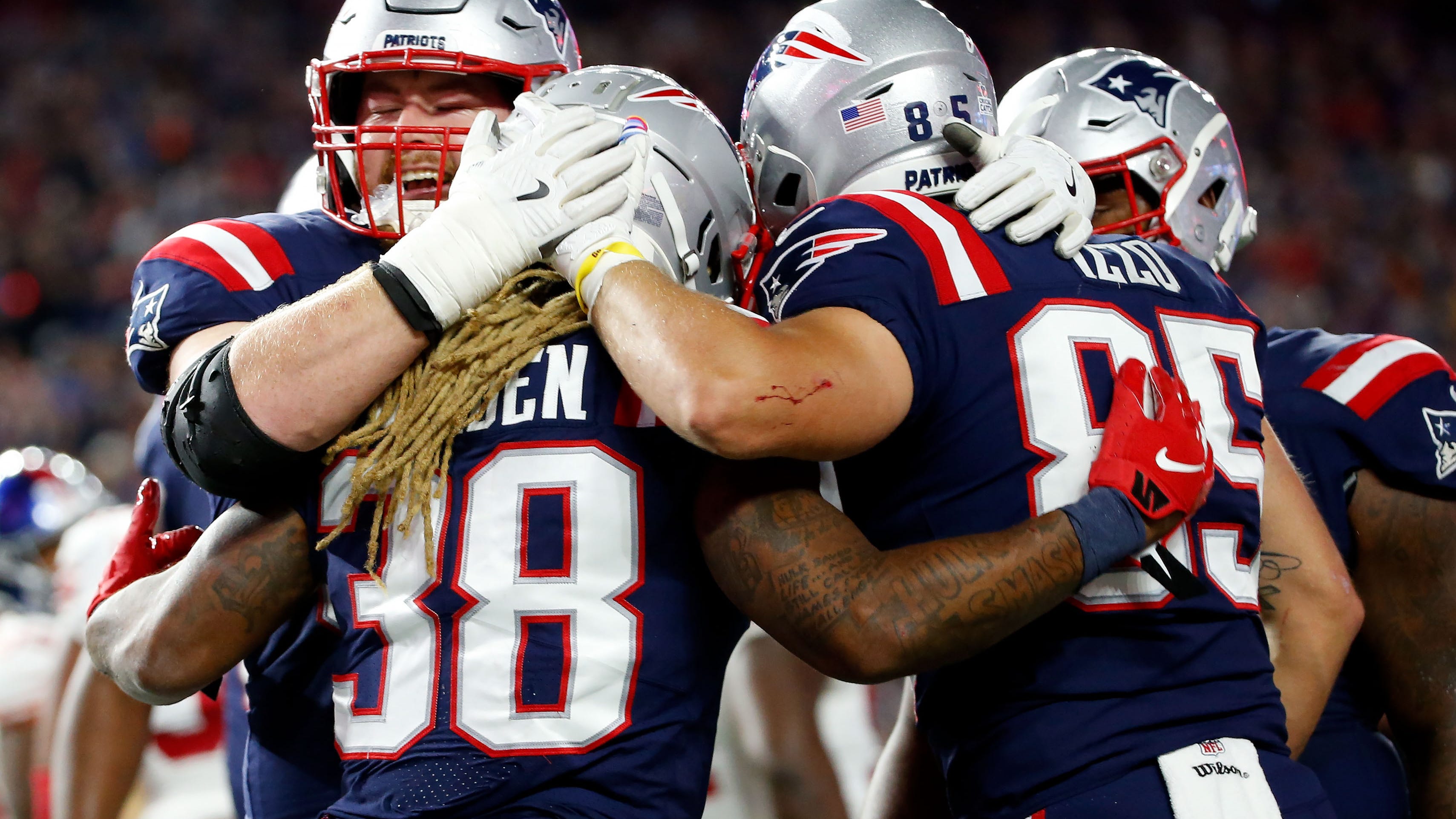 Patriots Win Ugly vs. Giants, But Are They as Good as 6-0 Record Indicates?