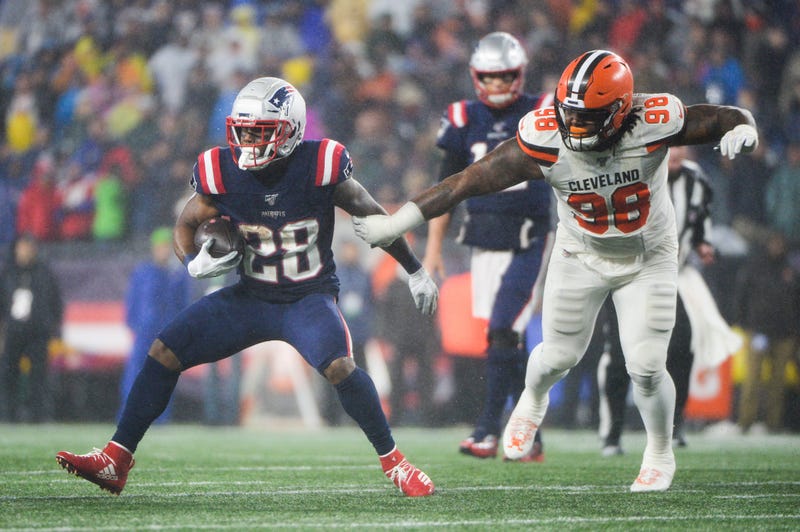 One of the biggest free agents the Patriots lost this offseason was running back Dion Lewis.

Speaking to reporters at Gillette Stadium Thursday, James White was asked how the offense will look to replace him.

"We've got to do it collectively," he said. "That guy is a special player. He can run, pass, catch, block, can pretty much do it all. We have guys in this room that are capable of doing some of those same things and [we'll] just kind of take it on as a group."

Besides White, the Patriots have Rex Burkhead, Mike Gillislee and newcomer Jeremy Hill in the backfield.

"I met him at the combine," he said. "We came out the same year. I'd known him a little bit through Giovani Bernard because they were teammates too, but he's a good dude. He's had a lot of success in this league. Happy to have him here. He'll help us compete and win some football games."

It would appear White will stay in his same role of a third down back, who primarily catches passes out of the backfield, while Gillislee and Hill are more powerbacks with Hill being the closest thing to Lewis.

It's also possible the team could draft a running back, who would compete for a roster spot.

As it relates to White, he's the only player from the Patriots' 2014 draft class still on the roster.

"It's definitely tough to see guys go, especially guys who you came in with." he said. "I mean that's the NFL. It's a business. Guys are going to come and go. Most of the guys are still on football teams now so just wish those guys the best of luck. I'm just blessed to still have the opportunity to play this game."