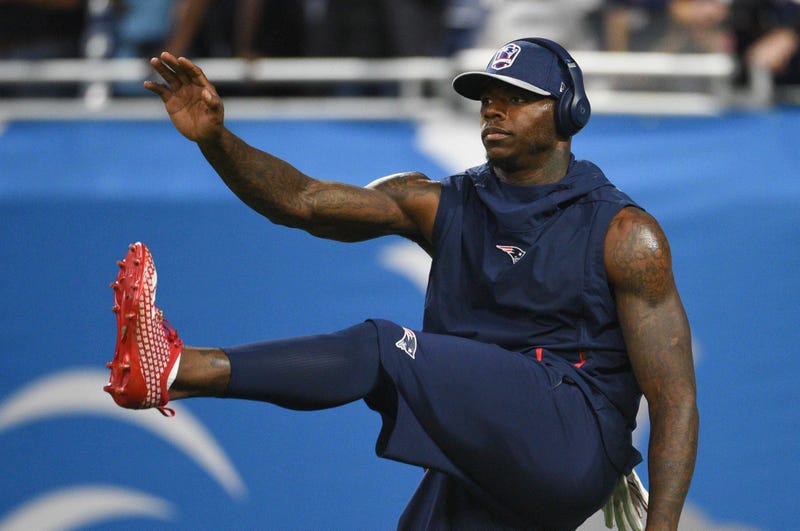 FOXBORO -- Phillip Dorsett knows what Josh Gordon is going through when it comes to needing to learn the Patriots playbook quickly.

Dorsett joined the Patriots just prior to Week 1 last year, while Gordon joined the team last week and now has to pick things up as fast as possible.

Although Gordon hasn't spoken to the media yet, Dorsett said the former Browns receiver is doing what he can and asking a lot of questions in the meeting room.

“He’s in the same shoes I was in last year,” said Dorsett. “He’s just learning. He’s doing a lot of learning, and he is learning. He sits right next to me, and he always asks questions, trying to learn, and that’s great. He’s a pretty smart guy, so I know it’s going to come along to him.”

“[It can be hard] just getting acclimated to the atmosphere and how they practice, the things they do around here,” he added. “Getting acclimated — that took time. It’ll take time for anybody, being so used to being somewhere for a couple of years and then coming in and being in a whole new atmosphere, a whole new coaching staff, players. It’s different, but it’s something you get used to.”

Gordon didn't play last Sunday against the Lions, but was on the sidelines spending most of his time with wide receivers coach Chad O'Shea.

Like last week, he's been limited in practice all week with a hamstring injury, and it remains to be seen if he will be able to play Sunday against the Dolphins, but it does seem like he's progressing each day, so maybe his debut will come Sunday afternoon.

The Patriots only have Chris Hogan, Dorsett, Cordarrelle Patterson and Gordon on the wide receiver depth chart.