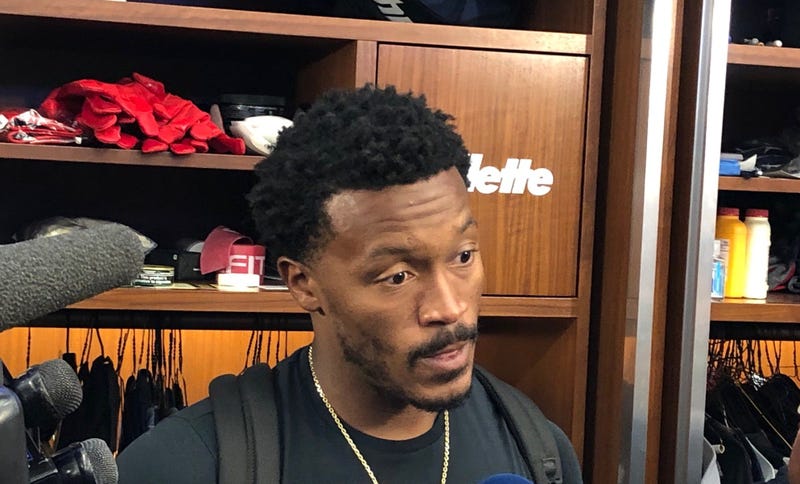 FOXBOROUGH -- Josh McDaniels may know Demaryius Thomas better than anyone on the Patriots.

After all, McDaniels drafted Thomas in the first round of the 2010 draft when he was the head coach in Denver. The wide receiver went onto have five, 1,000-yard seasons with the Broncos. Thomas was traded to the Texans last season where he suffered an Achilles injury in December.

Late in the offseason, the Patriots decided to bring the 31-year-old aboard and McDaniels is happy to have him.

“He’s a good player. Demaryius and I go back a ways and he’s a great guy. He’s a great teammate," he said earlier this week. "He works extremely hard. He’s worked hard on his rehab all year. He’s been a great influence on our entire offensive group, not just the receivers. This guy has a lot of knowledge and he’s played a lot of important games and he’s won a lot of big games and made a lot of big plays. He’s a pretty decorated player. It’s great to have him back out there and now it is just about continuing to put one day in front of the next and try to build continuity and rhythm and do the things we need to do to be ready to play when it is time to go.”

It still seems likely he will be on the 53-man roster and be part of a wide receivers group that has a lot of questions, but also the potential to be solid.

McDaniels noted Thomas and all of the other veterans have rubbed off on some of the younger players.

“I think we have a lot of players who can rub off on all the young guys, honestly," he said. "Like I said, I am biased, but the room of guys we get to coach here in New England is a pretty special group just in terms of their maturity, their character, the way they approach their job every day, how much they love football, their desire to win and compete every day. I mean, I don’t know how you couldn’t sit in those chairs and watch those guys and listen to what they do, watch what they do every day at practice and not improve if you’re a young player on our team. … I know we have a lot of veteran players in our offensive room that have been willing to take the time necessary to try and help those young players improve, which is what happened when they were young players.”

In 15 games split between the Broncos and Texans last season, Thomas finished with 59 catches for 677 yards and five touchdowns.