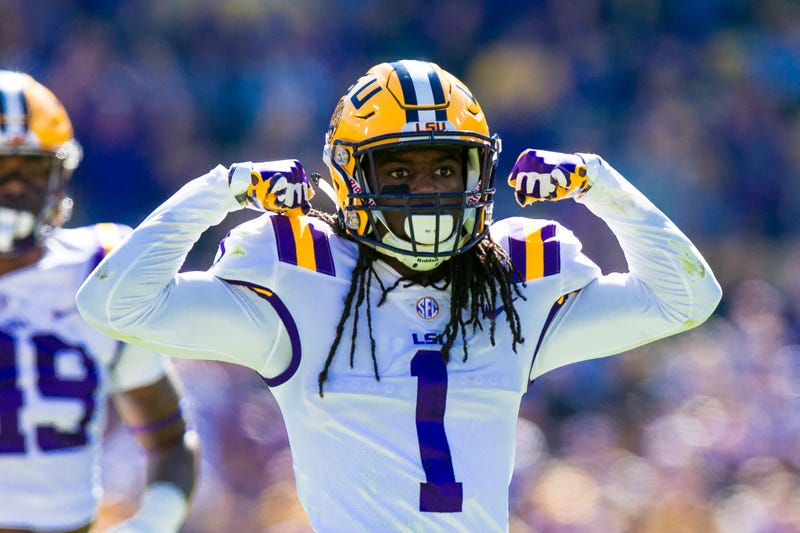 Who will the Patriots take in the first-round of April’s draft?

It is very early in the process, but mock drafts have already started. In ESPN’s Mel Kiper’s latest, which was released Wednesday, he has the Patriots selecting Donte Jackson, a cornerback out of LSU.

On a conference call Wednesday afternoon, Kiper explained why he has the Patriots selecting him, as well as other cornerbacks that may be available if they want to select a corner with that pick.

“I have them taking Donte Jackson, the cornerback from LSU,” he said. “… You have a talented kid with great speed and great recovery ability. Can twist those hips and run with anybody. He’s the kind of guy I think would definitely be there as a possibility.

“M.J. Stewart from North Carolina, solid football player, a veteran. Carlton Davis has the length out of Auburn. You have guys like Isaiah Oliver out of Colorado, and Jaire Alexander. If Alexander was healthy all year, I think he would have been, I wouldn’t say a guaranteed first, but he would have been more of a consideration in the first round.”

The Patriots will select at No. 31 overall, and then have two second-rounders (No. 43 and 63 overall).