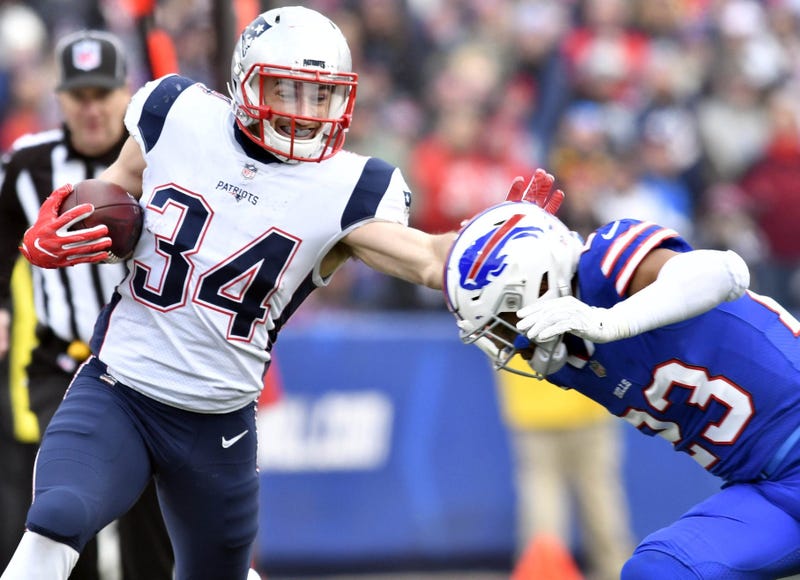 FOXBORO -- It is a crowded Patriots running back room with no one player being that much ahead of the rest, but when it comes to a potential No. 1 back in the offense, it's hard to ignore Rex Burkhead.

After Dion Lewis departed for Tennessee in the offseason, Burkhead re-signed with the team and seems to be in a position to receive the most touches in the offense.

Despite playing in just 10 games last season, he ran for 264 yards and five touchdowns on 64 carries and also caught 30 passes out of the backfield for 254 yards and three touchdowns. He was a major difference maker in the middle of the season when he had five touchdowns in a four-game stretch.

This being his second year in the system, he acknowledged that will be a big benefit.

“I think it is probably the case for a lot of people, just being in my second year with the team and in the system you’re definitely going to feel comfortable," he said after Sunday's practice. "I am never settling. There’s a long way to go. A lot of things I can clean up to reach my potential.”

Burkhead added: “It definitely helps you grow. Relationship-wise as well, with other guys on the team. Just getting to know them more, forming those bonds it gives you another thing to play for out there -- ‘I hear this guys' story, I know what he’s gone through. I want to put my body out there for him and make sacrifices for the better of the team.’”

In terms of his health, the 28-year-old feels good.

Burkhead will be competing with James White, rookie Sony Michel, Mike Gillislee, Jeremy Hill and Brandon Bolden for playing time, but given his skill set and experience in the system, he seems primed to take the next step. But for him personally, he's not even thinking about it.