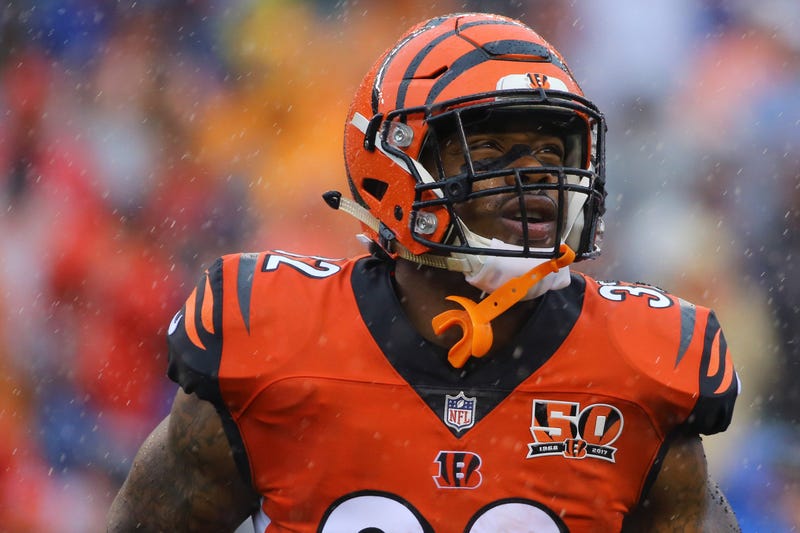 For the first time in his career this past March, running back Jeremy Hill was a free agent.

A few teams had called and showed some interest, but then the Patriots came and said they wanted him to come in for a visit.

He wasn't going to turn it down.

"Yeah, I actually was [surprised]," Hill told reporters on Tuesday. "Before free agency started and kind of after a few days of free agency, their name never got mentioned once and then I got a call saying they wanted me on a visit and I jumped on a plane as quick as I could. I’m excited about the opportunity that they have here for me."

Hill said it wasn't a hard decision to sign with New England once he met with the coaching staff.

"Just the competition and, obviously, just what the coaches told me – that I was going to have to earn everything that I got here – and that’s what I wanted to hear because I feel like a lot of places can say this and say that, but in reality no one really knows," he said. "I’m glad that they were upfront and real about that, and that’s something that I respected about Coach [Bill] Belichick and Coach [Josh] McDaniels and that's what kind of drew me to come here."

The 25-year-old has spent the first four years of his career with the Bengals. His best seasons came at the beginning, as he ran for over 1,000 yards in his rookie season and then 11 touchdowns the next season. The past two seasons he's battled an ankle injury, which forced him into only playing seven games this past year.

After having ankle surgery, Hill feels like he will be a completely different player than he was the previous two seasons.

Hill added: "I just wasn’t myself. I really didn’t have the flexibility and the strength in it that I needed to be the back that I wanted to be, so I’m glad that I got it done and I can get it back to 100 percent and be the back that I know I can be."

After the Patriots drafted Sony Michel, the running backs room is even more crowded, as besides Hill and Michel there is James White, Mike Gillislee, Rex Burkhead and Brandon Bolden. It would appear someone will be the odd-man out come the summer, but Hill is looking forward to the challenge of competing for a roster spot.

"Yeah, for sure. It's great," he said. "It's high. Obviously, those guys have played in Super Bowls and played at high levels and played big in playoff games, so the competition is definitely there, but I have all the faith in myself to go out there and compete at a high level, as well. It'll only bring the best out of all of us. I think that’s how we want to approach every day, just playing at a high level, all of us and only good things can come from that."