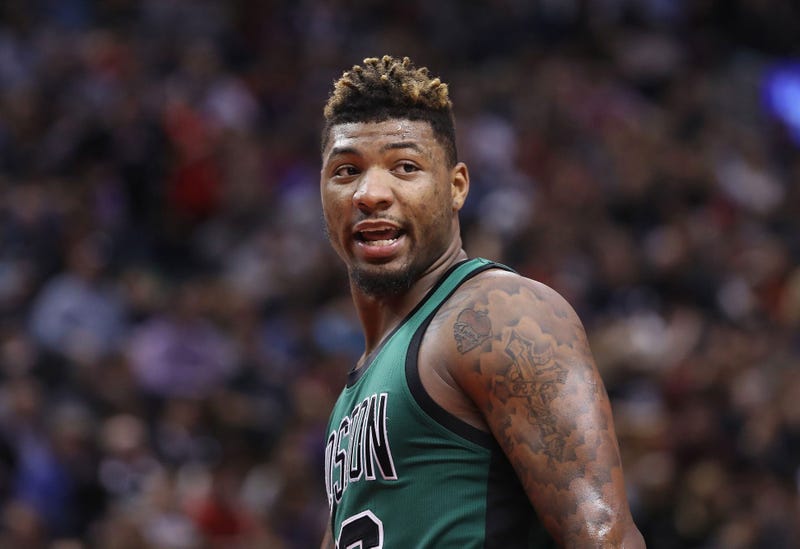 Las Vegas might’ve advised against betting on Marcus Smart vs. Philadelphia, but his team knows better by now.

“I’ve said it before, Brad (Stevens) has said it,” Jaylen Brown started, “if it came down to anyone coming up with that ball, everybody’s got their money on Smart.”

Al Horford smiled, bobbing his head in agreement: “That’s it right there.”

Brown and Horford were stars in their own right in the Celtics’ Eastern Conference final clinching win Wednesday. Brown ended with 24 points (second only to Jayson Tatum’s 25) and had an impressive showing as a starter in general. Horford ended with 15 points, eight rebounds, a plus-eight, and a late stolen lead. Both performances were necessary in cutting a series short that so many thought the Celtics had no chance even winning.

Marcus Smart makes a free throw he was trying to miss

Marcus Smart screams “I GOT THIS!” to Stevens so he could continue to cover Dario Saric

Marcus Smart does this:

Marcus Smart screams: “I TOLD YOU!”

“He’s made for these moments,” Stevens said.

Smart had a team-best plus-10, 14 points on 3-for-8 shooting, six assists, six boards, and three steals through 33:02. That’s all cool, whatever, but this game was saved somewhere between “I got this” and “I told you.”

There’s a decent enough argument you could make that Smart was just correcting his own mistake in his biggest play, but I don’t like that argument -- especially when he had a hand in so many other game-winning moments.

What about when Smart tied the game up 109-109 after hovering behind Jayson Tatum and capitalizing on Tatum’s miss? No offensive rebounding issues would plague Game 5 if Smart had anything to say about it.

“Smart’s one of those guys where you need a play to happen, you need a loose ball, you need anything and he’s gonna come through,” Hortford said. “That put-back he had there towards the end when Tatum missed was huge...he seems to be there in those big moments.”

We just discussed one of Hortford’s stolen leads -- Smart revved that up on the other end.

And what about his assist on Tatum’s game-winning layup?

Ahead of Game 5, Smart quipped “What’s understood don’t need to be said.”

Now that sounds a little more like a “told you.”