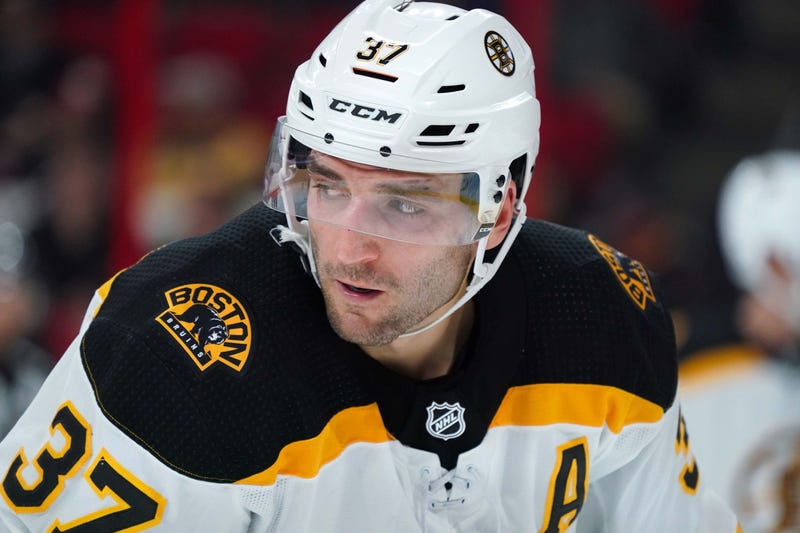 The Bruins might just want to grab Brad Marchand's makeshift white flag and start waving it at the injury gods.

In the latest and most devastating blow yet, Patrice Bergeron will miss "an extended period of time" with an upper-body injury, according to NBC Sports' Kathryn Tappen. TSN's Darren Dreger adds that Bergeron has a suspected shoulder injury -- not a head injury -- and is expected to miss upwards of four weeks.

Bergeron suffered the injury in Friday night's 1-0 overtime loss in Dallas when Stars forward Radek Faksa drove him hard into the boards at an awkward angle. Bergeron actually returned later in the game, but didn't take any faceoffs and didn't play in overtime. He was seen grabbing at his left shoulder and was in visible pain.

Bergeron's injury comes just days after we learned that Zdeno Chara will also miss at least four weeks after suffering an MCL injury. Charlie McAvoy, Brandon Carlo and John Moore all remain out injured as well, although McAvoy appears to be getting close to returning as he has returned to practice. Kevan Miller is expected to return from injury Wednesday night, so that's at least one very tiny silver lining.

Bergeron had been on fire prior to his injury, as his 26 points (9 goals, 17 assists) in 19 games ranked seventh in the NHL. The Bruins were still trying to figure out who their third-line center was, and now they'll have to somehow try to overcome the loss of one of the best centers in the league.

UPDATE: The Bruins have now released a statement saying Bergeron sustained a "rib and sternoclavicular injury" and will be re-evaluated in four weeks.