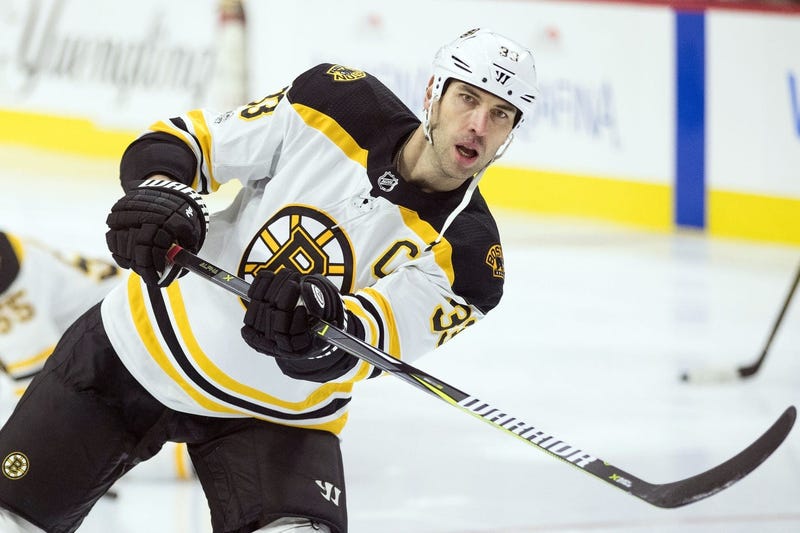 The 40-year-old Zdeno Chara, less than a month away from turning 41, is turning back the clock for the borderline unbeatable Bruins. And it’s honestly been nothing short of absurd.

His latest throwback performance? Oh, you know, just your casual complete shutdown of the game’s reigning MVP and most dynamic, unstoppable offensive player.

In Tuesday’s 3-2 comeback win over the Oilers, Bruce Cassidy found a way to match the 6-foot-9 Chara on Oilers captain Connor McDavid for all but one minute and nine seconds of McDavid’s 16:23 of five-on-five time on ice. And it was in that 15:12 head-to-head segment that Chara and the Bruins dominated in the possession game, with a 62.5 Corsi-For percentage against McDavid, and with the B’s out-chancing the Oilers 12-to-4. (This came with nine of McDavid’s 20 zone starts beginning in the Boston zone, no less.)

Most importantly, though, the Bruins outscored the Oilers 1-0 in this span. The goal, by the way, was the David Krejci game-winner scored with 1:04 left in the third period.

McDavid’s final line read zero goals, zero assists, two shots, and a minus-1 rating, making it just the 10th home game this season in which McDavid was held without a point.

Both of his shots came in a two-second span by throwing a pair of backhanders on goal from in tight.

It was the lone moment that McDavid found anything close to separation from Chara.

But Chara has made a habit of swallowing elite offensive talents like it’s 2008 all over again, even when away from the beloved last change benefits at TD Garden.

Matched up against the Flames’ Johnny Gaudreau (the league’s fifth-highest scorer this season) on Monday, Chara once again dominated. It was in 12:55 of five-on-five play of Chara against Gaudreau that the Bruins controlled possession (shot attempts favored the Bruins 18-to-12, giving Chara a 60 percent Corsi-For percentage in this matchup), and with scoring chances favoring the Bruins by a 12-to-3 mark in that 13-minute run.

Although the ex-Boston College winger would record a power-play assist, three of Gaudreau’s four shots in a losing Calgary effort came with Chara on the bench, while he missed two shots and was guilty with three giveaways with Chara on the ice.

The Sedin Twins and Thomas Vanek were straight-up hopeless against Chara at five-on-five, too, even in what finished as a 6-1 blowout loss to the Bruins, as the wingers were not even credited with one shot attempt in four minutes of five-on-five play against No. 33.

This is not exactly revolutionary, as Chara has consistently been an effective shutdown defender, even as the hard d-zone minutes and penalty-killing responsibilities have (somehow) increased in recent seasons.

But there’s simply no other way around saying this: Chara, already over 1,300 minutes on the season, still operating at a Terminator-esque level in his third game in four nights --  and with 68:29 of total time on ice over that span -- is nothing short of incredible. Seriously, if you've found a drop in his play of late, you're reaching out farther than he can when wingers dare try to blow by him across the Boston blue line.

Even the forever-displeased Anti-Chara crowd would have to admit it, too.

Chara has made obvious changes to his diet, and has tried some Brady-like methods to continue to play at the level that's allowed him to be among the game's top shutdown defenders for well over a decade, as mentioned.

At the same time, though, it’s painfully obvious that Chara has been completely re-energized by the organizational influx of youth, and he’s arguably having the most fun ever had as this team’s captain. He’s essentially admitted as much while also maintaining his professional approach to the rink and setting an example on the ice, in the gym, and on the road for any and every single one of the Black and Gold’s ‘kids’ that have made the NHL jump this season.

And the example Chara has helped set thus far -- which has obviously been nothing short of dominant no matter, or dare I ever say especially, the top-level competition thrown the way of Chara and Co. -- has driven the Bruins near the top of the NHL.