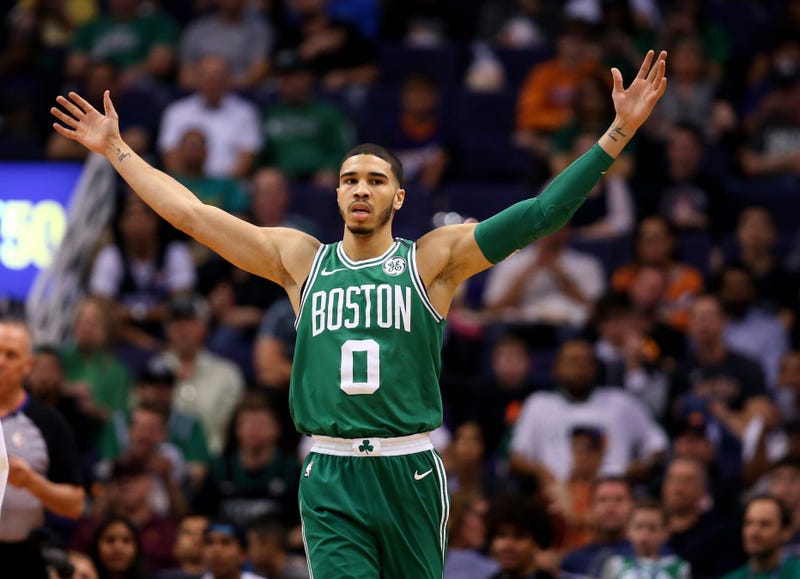 Some games, especially late in an NBA regular season, are just an ugly grind.

Monday’s head-to-head between the Celtics and Sun embodied this from start to finish. Seriously, give me the choice between Phoenix Suns basketball on a full-time basis or death, and you can find me making a cocktail out of everything under the sink.

They make me thank the powers that be that Danny Ainge runs the basketball team I watch. And that Ainge drafted Jayson Tatum with the No. 3 overall pick last year.

Asked to take on more of a scoring role in the absence of three Celtic regulars (Gordon Hayward, Marcus Smart, and now Kyrie Irving), the 20-year-old undoubtedly took charge on Monday, pacing the Celtics with a team-high 23 points in a 102-94 win.

In a showdown of the 2017 draft class with the Suns’ Josh Jackson, Tatum impressed early, leading the Celtics at the half with 12 points on a 5-of-8 start from the field, and ultimately finished his night with makes on 10 of his 18 shots to go with six rebounds.

And in doing so, Tatum hit the 1,000-point milestone for the season (he now has 1,013 points on the year), making him just the ninth player in team history to record 1,000 points in his first NBA season, and the first to accomplish the feat since Ron Mercer’s 1,221 points did the trick in 1997-98.

Marcus Morris picked up the slack behind Tatum on the night, as well, with 20 points before a sprained ankle took him out of action midway through the second half of play.

The loss is a painful one, too, as Morris had recorded at least 20 points in back-to-back-to-back games for the first time in his NBA career. The good news is that Morris himself doesn’t believe that the injury will be anything serious or long-term, and another positive is that he appeared able to leave the arena under his own power.

The Celts go for the sweep of this four-game road trip Wednesday night in Utah.