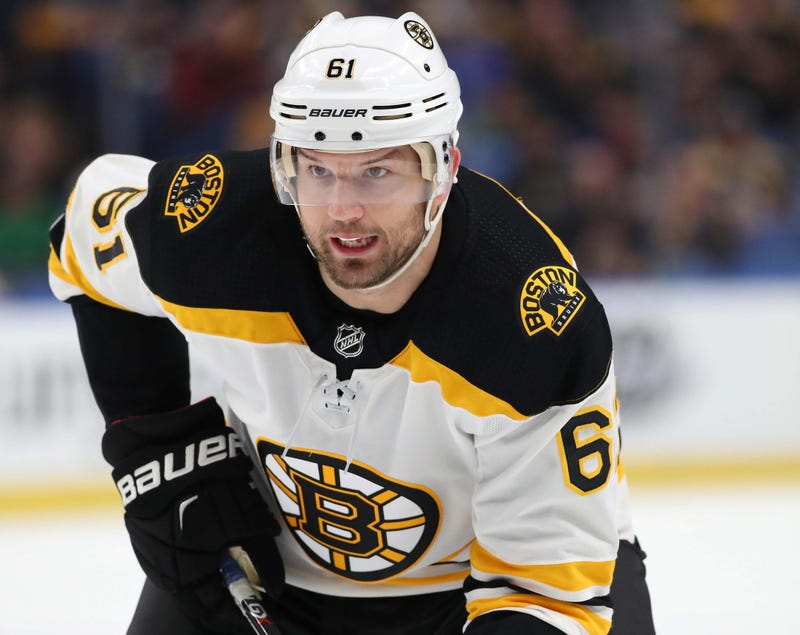 Would you like to talk about Sunday’s 4-1 nightmare of a loss to the last-place Sabres?

I, personally, would prefer not to. It was not an enjoyable viewing experience in any possible way, and I successfully fought off falling asleep in the first period not once, not twice, but three times. The Bruins were not as lucky, though, as they surrendered two goals in just over two minutes to close out the first period, and never appeared truly in this game.

The Bruins instead looked every bit like a team on the final day of an 11-day road trip and coming off the emotional high off a playoff preview in Toronto the night before. And in line with that ‘tired’ vibe, the Bruins could never quite match the tone set by the Sabres (there’s something I shouldn’t say given the talent gap between these two teams).

B’s defenseman Charlie McAvoy scored the lone Boston goal of the afternoon, while Anton Khudobin capped his forgettable start with a Marco Scandella knuckler that beat him from a low-percentage angle, finishing his night with just 20 saves on 24 Buffalo shots against.

But this game was not about the loss that solidified an oddly terrible record against Buffalo (the Bruins dropped three of four head-to-heads with the Sabres this year, giving the Sabres their first season series victory over the B’s since 2013).

It was instead all about trade deadline catch Rick Nash jumping into action barely eight hours after being traded to the Bruins from the Rangers.

While the fate of the season does not come down to Nash’s production in Boston (they would be doomed from the start if that were the case), it’s obvious that the Bruins have high expectations for the veteran power forward. His Day 1 usage also spoke to how enamored they are with the impact he can have on their second line and power play.

And all things considered, it was not the worst debut for the 33-year-old winger.

Credited with five shots (on nine total attempts) in 17:27 of time on ice, Nash really seemed to bring out the full bag of tricks in his Black and Gold debut.

Nash had some strong shifts that showed off the reach his 6-foot-4 frame can bring from in tight (I can't recall the last time the Bruins had this kind combination of reach and poise from between the circles). On a similar note, his ability to stand his ground and absorb punishment in front of the net and keep plays alive was also on full display throughout the night. Nash also developed some in-game chemistry with David Krejci and Jake DeBrusk, and even rang a post off a great second-period feed from No. 46.

This was without even a single practice with his new Boston teammates.

That is incredibly encouraging.

Playing with Krejci is not always easy. Coaches and players alike have mentioned this, and even Krejci himself has acknowledged that it takes time to get on the same page. David Backes found this out last season, which worked him down into a third-line role.

But Nash somehow made it look easy, as the Krejci-Nash combo were a stellar possession group, and outshot the Sabres 6-to-1 at five-on-five play when together.

They had their moments, and honestly played well enough to earn at least one goal. That obviously did not happen in what was another strong performance for ex-Bruin Chad Johnson.

When the goals do come, however, the wins will surely follow.

The Bruins return to the rink Tuesday night against the Hurricanes.