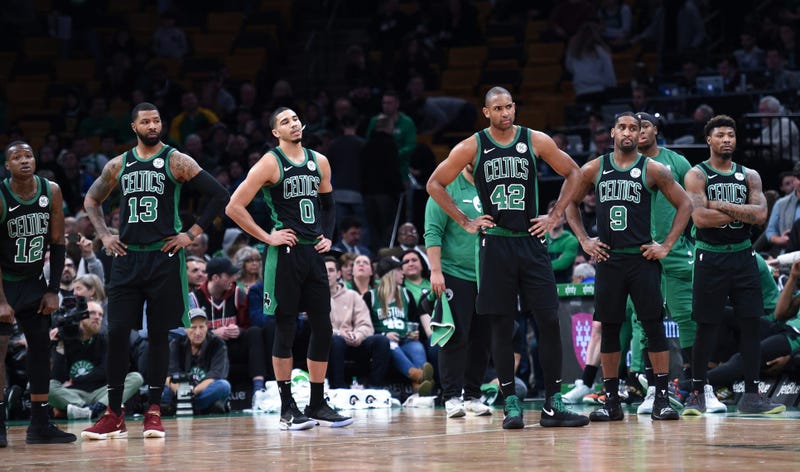 He believes once the playoffs start, there isn’t a team in the league that can beat the Celtics in a seven-game series – it’s what he told reporters following a 126-116 loss against the Bulls. Irving added that Boston will fine because he’s on the team and in the latest episode of the Green Street Podcast, Josue Pavon agrees with the Celtics point guard (with the Raptors being the only exception) but says it’s up to Brad Stevens to get Irving’s supporting cast on board between now and April.

“In the postseason, the Celtics are going to go as far as Kyrie Irving brings them,” Pavon explained. “Until that happens, everyone else needs to be on board. I’m not seeing the same level of focus.”

Meanwhile, as the season winds down and in the midst of the Celtics’ struggles, Irving continues to speak out. From not doubling down on his preseason commitment to stay in Boston beyond this season, addressing his discontent with the media’s response to a recent video of him and Kevin Durant talking at All-Star weekend to addressing the team’s issues with ESPN’s Rachel Nichols, Irving has frustrated Patrick Gilroy to the point of no return.

He’s had it with Irving constantly opening up to the media and doesn’t think the Celtics will be able to turn things around with Irving as their leader.

“I’m not seeing the same level of focus from Kyrie,” Gilroy said. “I don’t see Kyrie completely committed to the Celtics and I think that’s a very frustrating thing for the other players to have to deal with. They’re dealing with this guy that’s publicly unwilling to say he wants to be their teammate for the long term.

“Clearly, there is a disconnect there between Kyrie and some of his teammates,” Gilroy said. “And Kyrie, if he wants to be the veteran leader of this team you would think that part of that role, part of his job would be to, I don’t know, suck it up a little bit? Shouldn’t he have to be a more mature guy?”

Pavon, who agrees that Irving hasn’t been the best leader for the Celtics, believes Irving will turn it up a notch in the postseason and that alone will be enough for Boston to meet the Raptors in the Eastern Conference Finals and potentially a date with the Warriors in the NBA Finals.

But will it be enough to keep Irving in Boston past this season?

Tune in to Episode 7: Gilroy’s had it with Kyrie Irving