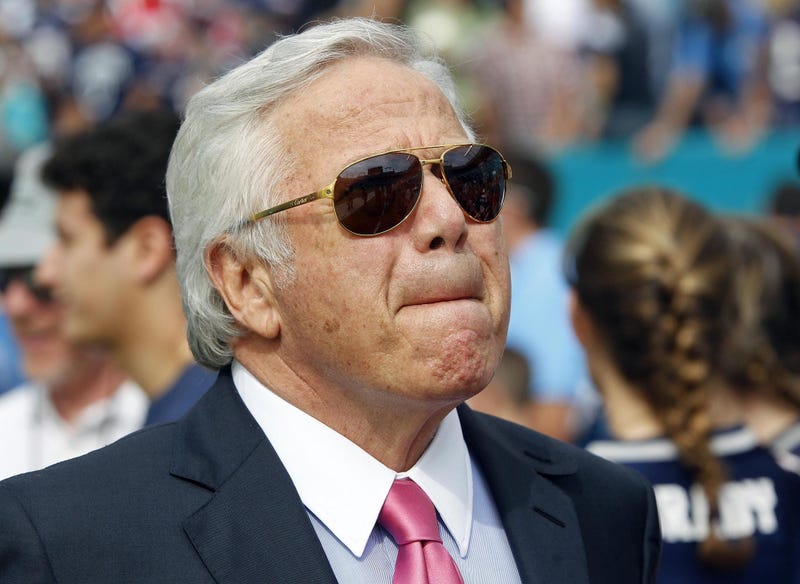 According to Page Six, Patriots owner Robert Kraft's girlfriend, Ricki Noel Lander, had a baby in the fall of 2017.

Editor's update: The Boston Globe is reporting Kraft is not the father of the baby. “Last fall, Ricki Noel Lander became the proud mother of a beautiful, healthy baby,” a Patriots spokesperson wrote in an email to the Globe. “While Robert Kraft is not the biological father, he is thrilled with Ricki’s blessing of having a healthy child. With respect to her family’s privacy, we will not be commenting any further.”

The Page Six report says Kraft's girlfriend Ricki Noel Lander, 38, secretly had a baby in the last year. The two have been dating for five years. There were rumors the two had broken up, but Lander was pregnant and did not want to be seen in public.

A Patriots spokesman declined comment to Page Six by saying, "This is a private matter.”

The report adds Kraft is “taking full care of Ricki and the baby" and “Bob is fully supporting the child. There is a lot of tiptoeing around the subject at the Patriots offices. Everyone is afraid to openly talk about it.”

He bought her a Los Angeles mansion, as well as made some sizable investments on her behalf. Kraft's four sons are said to be anticipating the family trust being changed.