The NHL All-Star Game rosters were announced Thursday a little while before the Bruins’ 3-2 win over the Philadelphia Flyers, and it excluded a certain Bruins player that people in their organization assumed would earn a spot.

Despite some numbers that are hard to argue with, Brad Marchand didn’t find himself among the list of Atlantic Division All-Stars for 2022.

Either way, Marchand has been putting up All-Star numbers. He has the fifth-most points per game (1.41)  in the NHL among players who have played at least 10 games, is a current top-10 goal-scorer in the league, and leads the Bruins in goals (19), assists (22) and points (41).

Marchand’s numbers of late have been even more impressive. He has scored 10 goals in the last 10 games and has 17 points in that span.

That’s why his head coach, Bruce Cassidy, was caught off-guard by his omission from the All-Star selections. When asked if he was surprised not to see Marchand named an All-Star for a third time on Thursday, Cassidy had this to say:

And Cassidy thinks he might know why Marchand didn’t make the cut.

“If it becomes a popularity contest, there’s people out there that really appreciate Brad’s game and there’s some that don't. So I’m willing to bet if the players picked itm he’d be right there,” Cassidy said.

Not only was Marchand not chosen for the Atlantic Division roster, he wasn’t even a bubble option on the “Last Man In” ballot. For reference, Canadians forward Tyler Toffoli, who has five goals this season, is one of the eight players who could be voted into the All-Star Game in the Atlantic Division.

The only Bruins player on the “Last Man In” ballot is Charlie McAvoy, who, if voted in, would take part in his first NHL All-Star Game. The “Last Man In” voting closes Jan. 17.

The one Bruins player guaranteed to sport an All-Star jersey this year is captain Patrice Bergeron, who will make an appearance for the third time.

“I’m happy for Bergy obviously. As I’ve said before, I think that those three will always be in contention every year,” Cassidy said, referring to Marchand, Bergeron and David Pastrnak.

Pastrnak was the MVP of the last NHL All-Star Game in 2020, and a case could also be made for him to be a part of this year’s Atlantic Division All-Star team, or at least one of their “Last Man In” candidates.

Pastrnak’s style of play and recent offensive numbers could have put him in the All-Star conversation. He has scored eight goals in his last six games, including a hat trick in Thursday’s 3-2 win over the Flyers. However, his nine-game goal drought in the month of December didn’t help his case.

Cassidy acknowledged that it would be virtually impossible to see all three “perfection line” players make an All-Star Game at the same time no matter their stats and accomplishments.

“With the format the way that it is, I don't know if all three would ever play in a game together. Unfortunately you’re limited with how many teams are in the National Hockey League now,” Cassidy said.

The NHL All-Star Game will take place in Las Vegas on Feb. 5, and will once again be played in a 3-on-3 format. 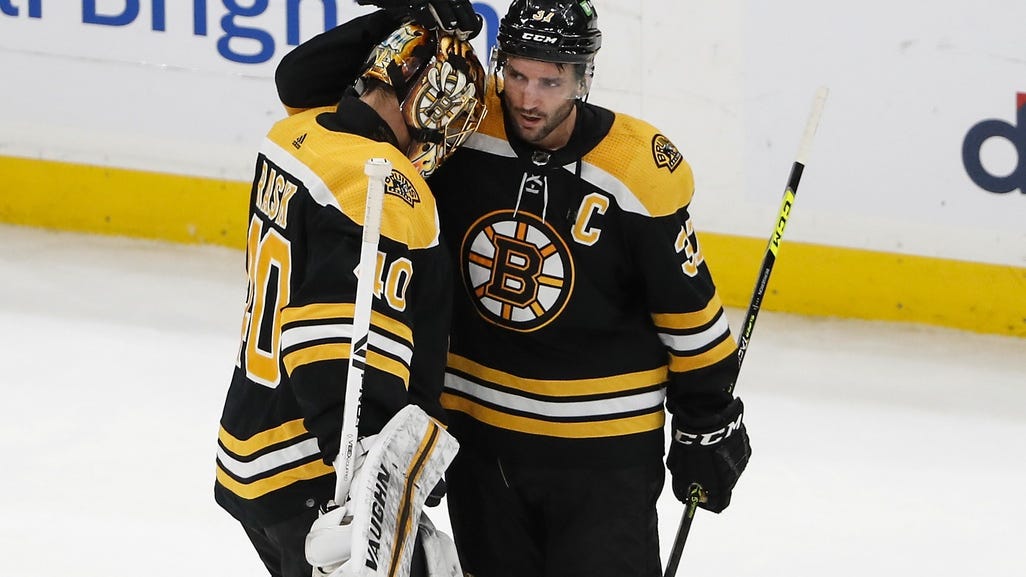