With a 5-1 win over the Montreal Canadians on Wednesday night, the Bruins took another stride toward creating enough separation for themselves in the Eastern Conference standings to seal a spot in the 2022 Stanley Cup Playoffs.

A hat trick by Brad Marchand and two goals from Curtis Lazar helped the Bruins to yet another high-scoring victory in the month of January. The win was part of a seven-game span in which the Bruins have gathered 12 out of a possible 14 points by outscoring their opponents 33-16.

After the game, Bruins coach Bruce Cassidy made it a point to touch on the widening gap the Bruins are creating for their team over the bottom eight teams in the conference.

“You never know, you can't predict the future, but I did believe we'd eventually start separating ourselves from that middle of the pack and get going closer to where we envision ourselves,” Cassidy said.

After the conclusion of the Bruins’ win over the Canadiens Wednesday night, FiveThirtyEight’s prediction model has the Bruins’ odds of making the playoffs at 95% -- up 12% from last week. That jump has been the biggest one-week projection rise for any team in the NHL this January.

Another stats site, MoneyPuck, similarly lists Boston’s chances of making the playoffs at 95.8% as of Thursday morning.

“Typically this team has gone on a run some point early in the year where they can separate and build their game every night and add wins every night,” Cassidy said after Boston’s latest win. “It happens to be now.”

Though the Bruins still find themselves in the final wild card slot and are seven points behind Toronto for the third slot in the Atlantic Division, they are pulling away from the teams behind them like the Detroit Red Wings, who have a .500 points percentage, compared to the Bruins’ .636 points percentage.

It also helps that a majority of the teams that are currently behind the Bruins in the Eastern Conference have been trending down over the past 10 games, in the same timespan that the Bruins have managed a 7-3-0 record.

Cassidy explained why he thinks it took until the fourth month of the season for the Bruins to start clicking on all cylinders.

“I do believe this is closer to who we are in terms of our pace of play,” he said. “The start of the year we weren't playing as fast with the puck, we weren’t supporting as well. Some of that is new people and a new system, some of that is us making sure we reinforce to the players what we’re looking for, and some of it is just getting into the rhythm of the game and getting some results.”

Cassidy credited the line shuffle and extended break in December for kickstarting an upward trend in his team’s play.

“I think the break helped us. It came at a good time both mentally and physically,” Cassidy said, adding, “A few people getting moved around the lineup sparks other guys.”

Then Cassidy spoke about some of his top-six forwards' individual improvements since the break.

“I knew that there was more there and eventually it would come out. It has,” he said. “You see it with [David] Pastrnak, a guy that has scored in this league, [Taylor] Hall a little more, even [Erik] Haula, who has scored, Smitty [Craig Smith]. They're proven guys in this league with a certain amount of goals, they were just under their career totals and eventually would come around.”

With production increases from up and down the lineup, the Bruins have scored 4.71 goals per game since their COVID pause, compared to their average of two goals per game in the previous seven games before the break.

There is still plenty of time left in the season, but if the Bruins can keep up this level of production (or at least something close to it), they should have little problem holding onto a playoff spot. 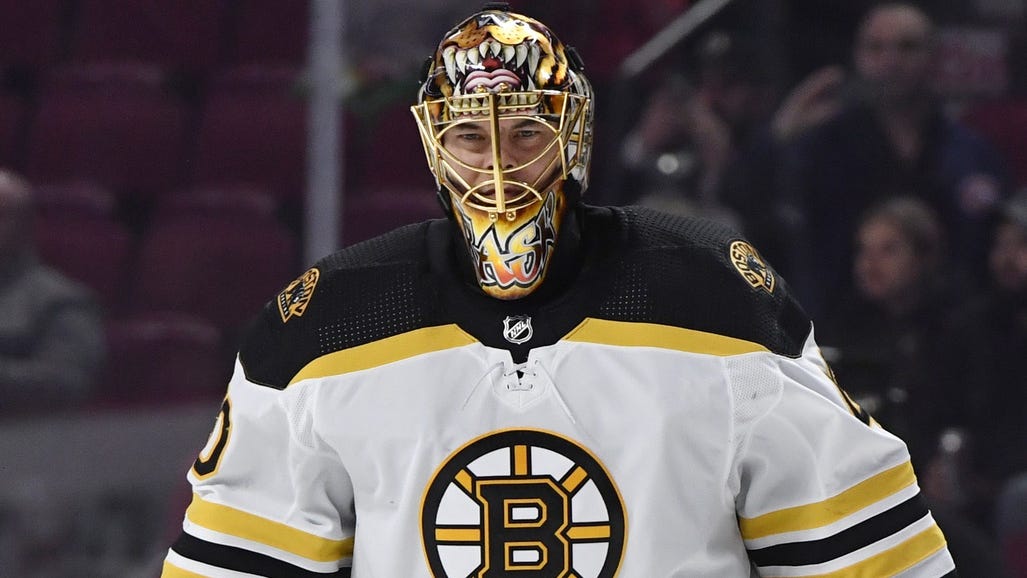