The Bruins have made the playoffs in 13 of the last 15 years. The only two they didn’t -- 2015 and 2016 -- were more of a retool or transition than a true rebuild. The same core group of players remained in place through those years, even as the general manager, head coach and much of the rest of the roster turned over.

If Patrice Bergeron decides to retire this offseason, the Bruins will certainly face at least a retooling, as they do not have another true No. 1 center on their roster or in their system. The question is whether it would be time for a full rebuild.

Team president Cam Neely was asked on Thursday if there’s any appetite for that should Bergeron decide not to return.

“I’ve been looking at that for a while now,” Neely said. “As your core players and your better players start to age out, you do have to look at that. There’s no question. But we do have some good young players in this lineup that hopefully continue to grow and hopefully we can add to that.

“But it is something you think about. In 2019, we lose in seven in the finals. In 2020, we’re leading the league and then the world falls apart. We’ve got to be better. We needed to be better last playoffs. I thought this year, I honestly felt really good that we were going to get by Carolina in Game 7. I really did.”

The Bruins would be in an interesting spot if Bergeron retires. Brad Marchand is still one of the best forwards in the NHL and is signed for three more years. Charlie McAvoy and Hampus Lindholm give them one of the best defense pairings, and both of them are locked up for the next eight years.

David Pastrnak, one of the league’s best goal-scorers, is in his prime. The Bruins would like to get the ball rolling on an extension, as he has one year left on his current contract. Jeremy Swayman looks like their No. 1 goalie of the present and the future.

That’s going to be too good of a core to lose enough games to start getting high draft picks. But without a No. 1 center, and arguably without a No. 2 center still, it’s also hard to see the Bruins competing for a Stanley Cup until or unless that gaping hole gets filled.

Neely made it clear that adding to this new nucleus would be preferable to a teardown filled with losing hockey. He doesn’t think fans would accept the latter, either.

“I don’t think anybody really wants to watch losing hockey,” he said. “That’s not the plan, is to start losing. You look at teams across the league that have lost a lot of hockey games over a number of years, and they are in rebuilds. They get better draft picks and ultimately better players, but I think we’ve done a pretty good job the last 10, 11 years of trying to stay in that window to win.

“Eventually it does catch up to you. But like I said, we do have some good young players in this lineup that hopefully we can build around in the next couple years, so we don’t have to do a complete rebuild.”

Of course, all this rebuild talk may be a bit premature. If Bergeron decides to return for a 19th season, the goal will be to build the best team possible for next season and try to make another run.

As for when that decision might come, Neely said that the team will give Bergeron the time he needs to make a decision, but that Bergeron also knows that the team is going to need enough of a heads-up to properly plan for free agency and the rest of the offseason.

“He understands that we have decisions to make coming up here,” Neely said. “So, with him in the lineup is different than without him. Obviously, the year that he had, I hope that he feels good about his game still, because he had a pretty damn good year. Hopefully he’s mentally prepared to have another one. You’ve got to give him some time to digest all that and talk with his family about it, but we have decisions to make coming up as well.” 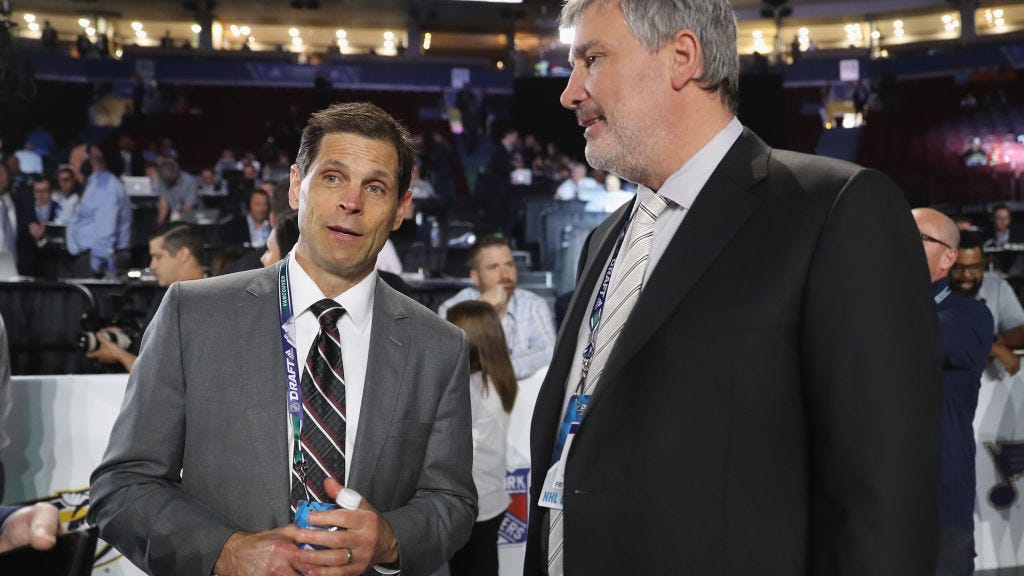