Patrice Bergeron returned to the Bruins’ lineup on Saturday after missing the last four games with an elbow infection, and he reached another career milestone in the process.

It was Bergeron’s 1,200th career game, making him the 120th player in NHL history to hit that mark and just the 22nd to play that many games with one team.

Bergeron registered an assist in the Bruins’ 6-3 win over the New York Islanders -- their fourth straight victory -- and was on the ice for two other Boston goals as well. After the game, he reflected on the milestone.

“I don’t know. I guess I’ve been around for a while,” Bergeron said. “That’s probably the one thing. That’s it. It’s been a long road, but it went fast for the first 1,200. It’s kind of crazy to think. That being said, I guess appreciate the moment, and be thankful for everything I’ve been able to go through.”

What really makes it special for the 36-year-old Bruins captain is that all 1,200 games have come with Boston, the team that drafted him back in 2003. The only two players who have played more games in a Bruins sweater are Ray Bourque (1,518) and Johnny Bucyk (1,436).

“It’s special,” Bergeron said. “Especially being an original six team, a storied franchise, and having a chance to meet those guys -- Bucyk and Bourque, Orr, all the greats. To me, it’s an honor and something that I don’t take lightly, to be a Boston Bruin. It definitely is special.”

His coach, Bruce Cassidy, said Bergeron means “everything” to the Bruins and that he hopes there are many more games to come.

“Twelve hundred -- I told him, ‘We need you around for 1,300, by the way, and beyond,’” Cassidy said. “But credit to him. To play with one organization for that long obviously tells you a lot about both sides. He loves it here, and we love having him.

“We could talk about what he does for the team all day long -- both sides of the puck, leadership, on the ice, in the community, to him and [his wife] Steph when new wives come to town, how they welcome them. It’s up and down the list. Can’t thank him enough for how he’s helped me. Real happy for Patrice, and having him back in the lineup.” 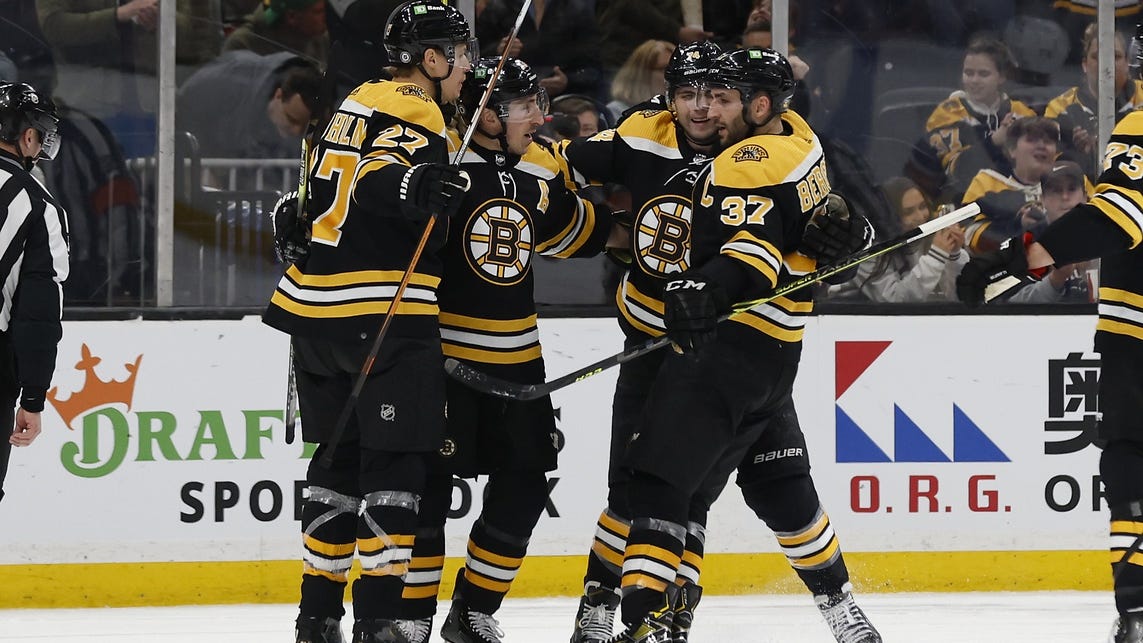