Patrice Bergeron is going to need a new agent.

Kent Hughes, his agent since before his NHL career began, has officially been named the general manager of the Montreal Canadiens. Hughes had been linked to the job for the last month or so.

Hughes, a Montreal native, has been a partner with the Quebec-based Quartexx Management. His list of 20-plus NHL clients also included Penguins defenseman Kris Letang, Oilers defenseman Darnell Nurse and Islanders forward Anthony Beauvillier. He also represented Vincent Lecavalier during his career.

Obviously, Hughes will no longer be an agent now that he's the GM of a team. In Montreal, he will be teaming up with Jeff Gorton, the former Bruins interim GM who is now the executive vice president of hockey operations for the Canadiens.

Hughes has been living in the Boston area and has two sons -- Riley and Jack -- on the Northeastern University hockey team. Riley was a seventh-round pick of the New York Rangers in 2018, while Jack is projected to be a first- or second-round pick this summer.

The timing is interesting for Bergeron, as his contract expires after this season. Bergeron said before the season that he was taking things year-to-year at this point and didn't plan to sign a new contract until after the season if he wanted to continue playing.

If there is to be a new contract, it will now be negotiated by a new agent. There will surely be speculation about Bergeron potentially teaming up with Hughes in Montreal as well, although it's worth noting that Bergeron grew up a Nordiques fan and has said he despised the Canadiens long before he became a Bruin. 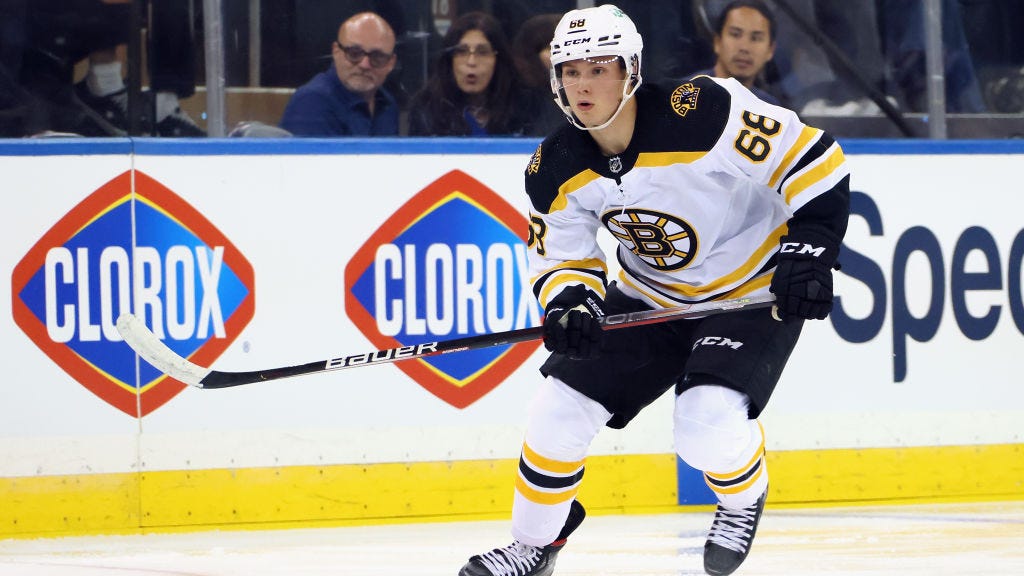