Last season, the success of the Celtics was driven in large part by their defense. But through 20 games this season, it has been their offense carrying the load. The Celtics’ offense is putting up record numbers. Following their 130-121 win over the Washington Wizards on Sunday, the Celtics now have an offensive rating of 120.5, which is good for not only the best in the NBA this season, but the best in NBA history.

Even without their top scorer in Jayson Tatum, who missed the game due to a left ankle sprain, the Celtics offense was dominant on Sunday. And they did it using the balanced attack that has worked so well for them this season.

The Celtics totaled 25 assists on the night for the 16th time this season. They are now averaging 26.7 assists per game, which is the most they have averaged since the 1989-90 season. On Sunday, 56% of the Celtics’ made field goals were assisted, which opened up lanes and allowed the team to score in different ways.

Though it ended in a miss, this possession was beautiful. pic.twitter.com/pkuCg7HBJA

The Celtics’ offense covered every inch of the parquet on Sunday night. Boston scored 52 points in the paint on Sunday, including 24 in the restricted area, and 48 points from deep. The Celtics also shot a perfect 26-of-26 from the free-throw line.

So to break that down, 40% of their points came in the paint, 37% came off threes, 20% from the free-throw line, and 3% came from mid-range. When the Celtics are attacking in different ways and moving the ball, this offense is near impossible to stop, as evidenced in Sunday’s win.

Washington isn’t a bad defensive team either. Entering Sunday, the Wizards had a defensive rating of 110.0, which was ninth in the NBA. There just isn’t much a defense can do when the Celtics are moving the ball and shooting 44-of-80 (55%) from the field. The Celtics are now 8-1 when they shoot 50% or better from the field. The assists totals go hand-in-hand with the high shooting percentage. In the nine games the Celtics have shot 50% or better, they have totaled 24-plus assists eight times.

After putting up 130 points on Sunday behind a season-high 36 from Jaylen Brown, and another 41 poured in from the bench, the Celtics have now scored 120-plus points in 12 of their 20 games this season, which is pretty incredible.

It was a total team effort on Sunday, as seven Celtics finished with double figures for the second time this season. The depth of talent was on full display Sunday as the Celtics came up just shy of their season high total for points scored (133), without Tatum.

Boston had a good chance to top its season high for points scored, but opened the first 5:30 of the fourth quarter shooting 1-of-6. Aside from that 5:30 stretch though, it was all Boston.

When asked about the team scoring 130 points with Tatum sidelined postgame, interim head coach Joe Mazzulla said, “I’m pleased… No matter who is out, our guys are always ready to play and ready to step up.” 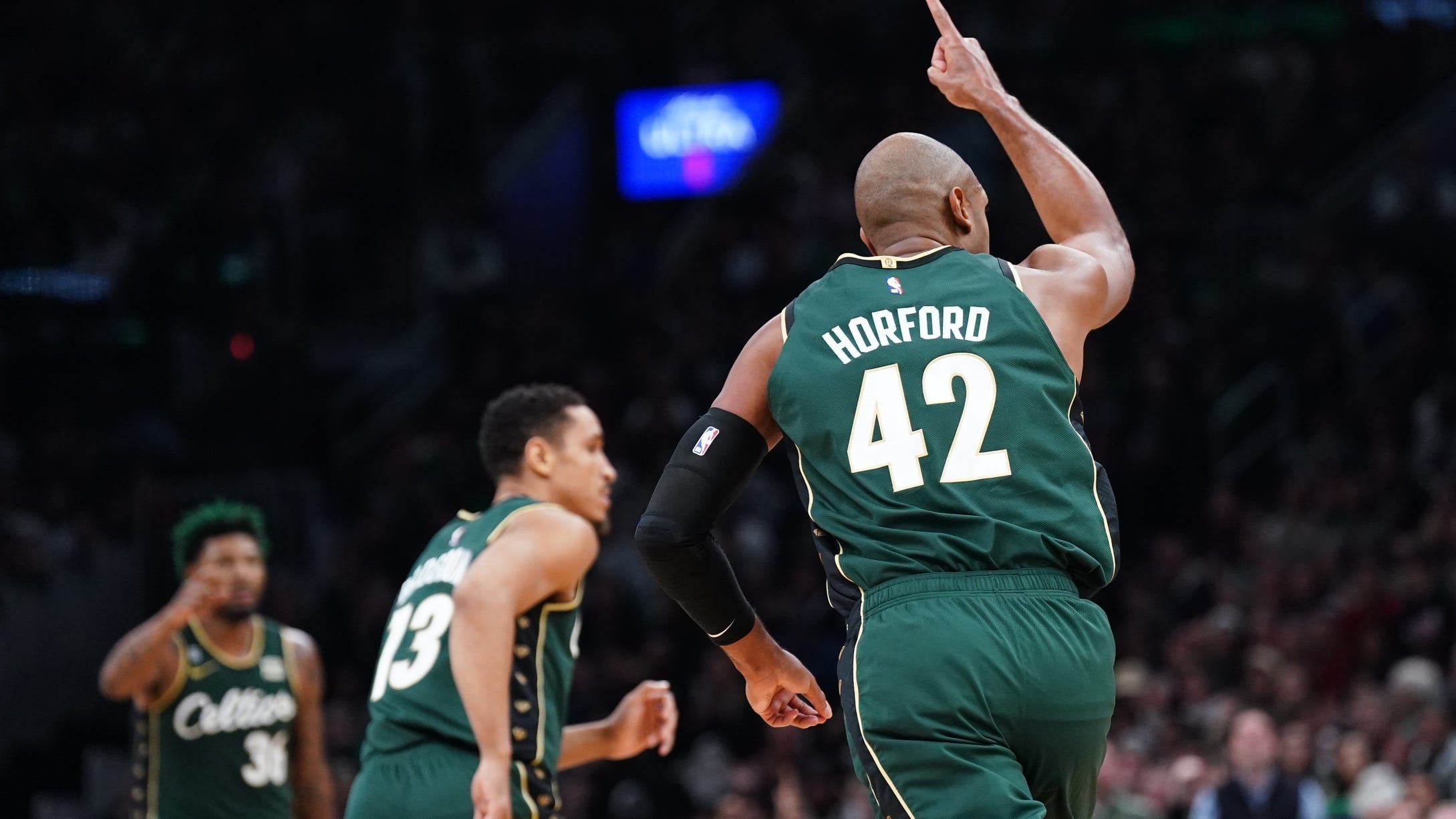 Al Horford is now one of the most accurate 3-point shooters in the NBA
Featured Image Photo Credit: USA TODAY Sports