Like the rest of the country, the sports world has spent much of the past 24 hours thinking about the awful news out of Uvalde, Texas, where an 18-year-old gunman killed 19 children and two teachers at an elementary school on Tuesday.

Warriors coach Steve Kerr delivered an impassioned plea to senators to do something about gun violence prior to his team’s Game 4 in Dallas on Tuesday.

Udoka spent three years as a player and seven more as an assistant coach in San Antonio, which is about 80 miles from Uvalde.

“It’s a tough one. Being in San Antonio for all those years, Uvalde is very close,” Udoka said. “You see the signs all the time. It’s a 60-to-75-minute drive away. A tragic situation, obviously, for that community, for our country in general. The first thing you think about as the father of a 10-year-old fourth-grader, getting those calls or that frantic news, it’s just unimaginable, honestly, to find yourself in that situation as a parent. Your heart goes out to the whole community, the country in general, and the school.

“But it seems like these things continue to happen, and it’s not much of a wakeup call. Nothing really changes. That’s the thing that stands out. It’s like, what’s next? Things happen last week in Buffalo, this one yesterday, and the first thing you think is as a parent, but also what’s gonna happen? What’s gonna change? That’s kind of the underlying theme. As of now, not much changes due to these incidents. You start to look back at Sandy Hook, Columbine, all the incidents throughout my lifetime, there has not been a ton of change in the rules and regulations in gun laws. So, tough situation overall. Being in that community, in San Antonio, it kind of hit home for me.”

"Your heart goes out to the whole community... but it seems like these things continue to happen and not much of a wakeup call, and nothing really changes."

Ime Udoka shares his thoughts, as the father of a 10-year-old, on yesterday's school shooting in Uvalde, Texas. pic.twitter.com/QzFR4XWZXn

Tatum had shared his initial reaction on Twitter on Tuesday, and elaborated on Wednesday. He also retweeted a video of Kerr’s press conference.

Breaks my heart hearing this news, no parent should ever have to lose there child. Praying for the families of those kids and the teacher 🙏🏽❤️… this is devastating

“Obviously what happened yesterday in Texas was devastating,” Tatum said. “Obviously a lot of people have been on record the last 24 hours, I guess, talking about it and how it’s sad that it’s becoming something that we’re, like, getting numb to. It truly is. What happened yesterday was sickening. Obviously everybody sends their prayers and condolences to the families of those kids, but at some point that does get tiring, going through the same process and the same result keeps happening over and over again.

“I’m no politician and things like that, but I heard something yesterday that the guy, when he turned 18, the first thing he did was buy a handgun and an assault rifle. Just, if you don’t know anything about the laws, that just doesn’t sound like something that you should be able to do. I’m a basketball player. I don’t have all the answers, but something does have to change in that regard. Obviously things like this unfortunately continue to happen.”

Tatum echoed Udoka’s comments about it being impossible to even imagine being a parent in this kind of situation. Tatum’s son, Deuce, is four years old.

“Honestly, as a parent, you don’t even want to think about that,” he said. “I couldn’t even begin to imagine what those parents are dealing with and going through. It’s just a scary time, I believe, the times that we’re living in, where school isn’t safe. That’s frightening to think about. So yeah, it was heavy on my mind last night and this morning. I’m sure anybody that has children, you just want to hug them a little bit tighter and tell them you love them, because unfortunately anything can happen.”

"It's sad that it's becoming something we're getting numb to, and it is. What happened yesterday was sickening... something does have to change." 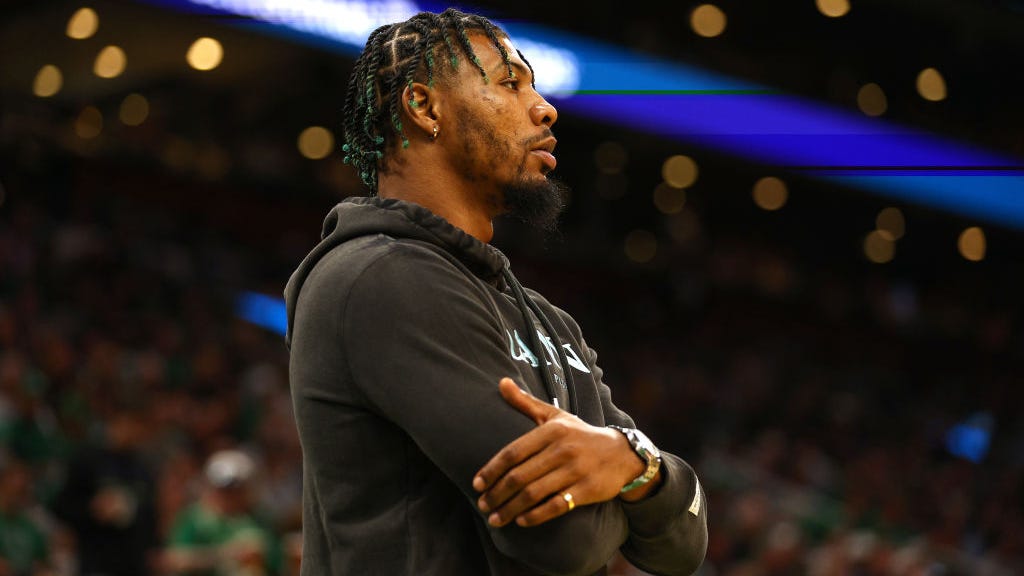