The Celtics were without Marcus Smart and Al Horford Tuesday night, but that doesn’t single-handedly explain why they lost Game 1 against the Heat, 118-107. Far from it, in fact.

The Celtics didn’t get outscored 39-14 in a disastrous third quarter that ultimately sealed their fate just because Smart and Horford weren’t there. That happened because the guys on the court weren’t nearly good enough, starting with their two stars.

Jayson Tatum and Jaylen Brown were in the game for just about the entirety of that train wreck. Tatum played all 12 minutes in the third quarter. Brown sat for just one minute.

At a time when the Celtics needed their stars to step up and stop the bleeding, they were unable to do so. While their final stat lines for the game look fine (29 points, 8 rebounds, 6 assists, 4 steals for Tatum; 24 points, 10 rebounds for Brown), the third quarter was ultimately all that really mattered. They know it, and they know it can’t happen again.

“They came out playing hard in the third quarter,” Tatum said. “It’s on me. I had six, seven turnovers. Just knowing that I have to take care of the ball better, especially in those situations where they go on their runs like that.”

“They were the harder-playing team,” Brown said. “They were beating us to 50-50 balls. It just seemed like everything was going their way and we were just kind of standing around watching. And that’s not what we do. We have to get in there and get in the mix, be more physical, match their physicality, match their intensity, and we didn’t.

The Celtics, like every team, are susceptible to allowing the opposition to go on runs. They rarely let things spiral out of control as badly as they did in the third, though, when the Heat opened the second half on a 22-2 run that turned Boston's eight-point halftime lead into a 12-point deficit.

The Celtics actually mounted a quick 9-0 run of their own in the middle part of the third quarter to cut Miami’s lead to three, but then they allowed the Heat to go on another 17-3 run to close out the quarter and take a 17-point lead into the fourth.

The fact that the Celtics have generally responded much better than this made it even more frustrating to not be able to in such a big spot, and Tatum said that starts with him.

“Obviously I don’t want to turn the damn ball over and [crap] like that,” Tatum said. “Throughout the course of the game, things happen, and they go on runs. Throughout the course of the playoffs, we’ve done a great job of responding to runs. For whatever reason, we didn’t today. I’ll be the first one to say I’ll take the blame for that. I’ve gotta lead better. I’ve gotta play better, especially in those moments. I’m just looking forward to responding next game.”

There were some similarities here to the Celtics’ fourth-quarter collapse in Game 5 against the Bucks, when they blew a 14-point lead over the game’s final 10 minutes and lost by three.

Tatum responded to that with a monster 46-point performance in Game 6, and the Celtics won the next two games. They’d love to see another response like that on Thursday. 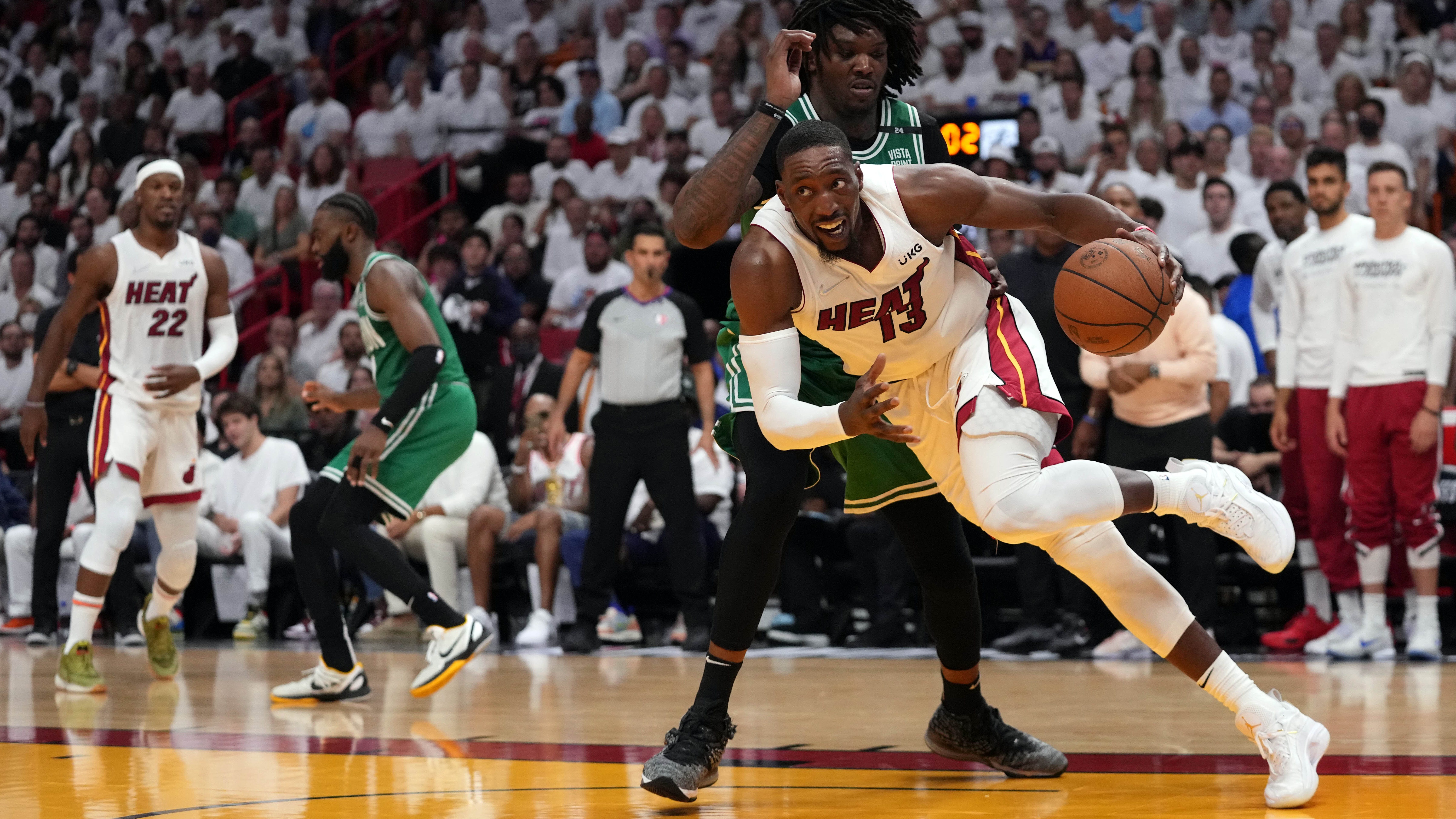 Did Bam Adebayo take a shot at Jaylen Brown after Game 1?