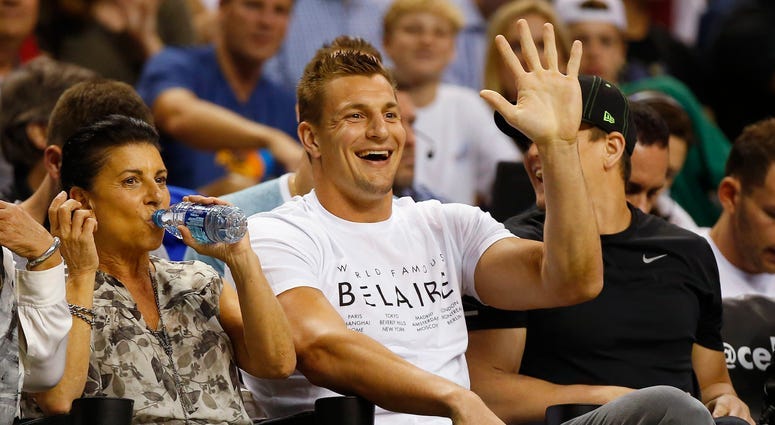 The Boston Globe's Chris Gasper called Gronk's set "cringeworthy," and Sports Illustrated's Jimmy Traina said it will be "fascinating to see how Bill Belichick and the Patriots handle it, if at all." NESN, which was originally slated to air the special, pulled the event from its lineup over the weekend.

Critics honed in on two of Gronk's jokes in particular. When addressing Anthony Mackie, the Falcon in "Captain America: Civil War," the Patriots tight end asked, "What's the point of a black guy being able to fly except to get away from cops?"

"You wanna know why Jews do play football? To get their quarter back you cheap f***,” he said.

Comedian Josh Wolf, who hosted the roast, said in a pre-show interview he expected the jokes to be tawdry. "Anyone who comes and gets offended, that’s their problem," he told the Boston Globe.

In a phone conversation Monday with WEEI.com, Wolf repeated those claims, saying he thinks Gronkowski is being unfairly singled out.

"The only reason Rob’s name is being put in this is because he’s Rob Gronkowski," Wolf said. "Compared to the rest of us, he was tame. But you know, TMZ doesn’t get any clicks if they say, ‘Josh Wolf went over the line.’ It’s all about clicks. He did what we asked him to do. The controversy is so ridiculous."

Wolf went on to say the flack Gronkowski has received is a big reason why athletes opt to keep their guards up in public.

"The reasons celebrities and athletes sometimes say 'no' to fun things is exactly what’s happening to Gronkowski," he explained. "It’s because they’re out there, doing what we asked them to do, having fun -– raising money for charity -– and he’s getting killed for the exact thing that we asked him to do."