When the New England Patriots saw their tight end productivity nosedive after the departure of Rob Gronkowski, they brought in Hunter Henry and Jonnu Smith to shore up the position.

But in Year 2 of those contracts, both players are seeing limited involvement in the passing game.

While Smith had a bumpy first year, Henry was mostly solid. But this season, Henry is seeing his usage fluctuate, most recently seeing just two targets combined across Weeks 2 and 3, making one catch for eight yards. He played 70 percent of offensive snaps in Sunday’s loss to the Baltimore Ravens, which came after playing just 50 percent of snaps a week prior.

Asked Monday during his weekly appearance on “The Greg Hill Show” why Henry was becoming an afterthought, Patriots head coach Bill Belichick pushed back.

“That’s not the case at all,” Belichick said. “Yesterday, I think we had a little bit of the same thing with Pittsburgh, a lot of coverage in the middle part of the field, and less coverage in the outside part of the field. Some big plays to the outside to (DeVante) Parker. Each week we’re always going to pick out one guy who has less production than everybody else and say what happened to him?

“Meanwhile, you have Parker catching whatever he had yesterday, whatever it was, 150 yards, so we’ve got to go to the guy whose open. I’m not saying Hunter can’t get open, he can, but sometimes the coverage dictates that the ball goes to different places, and I think that’s what the quarterback has got to try to do instead of just trying to jam the ball into places where it doesn’t belong. That’s not really what we’re trying to do.”

Smith has seen more targets (seven) the last two weeks than Henry, so if nothing else their other tight end is seeing an uptick in looks.

We'll see if Henry starts getting the ball more when the Patriots face the Packers in Green Bay on Sunday afternoon. 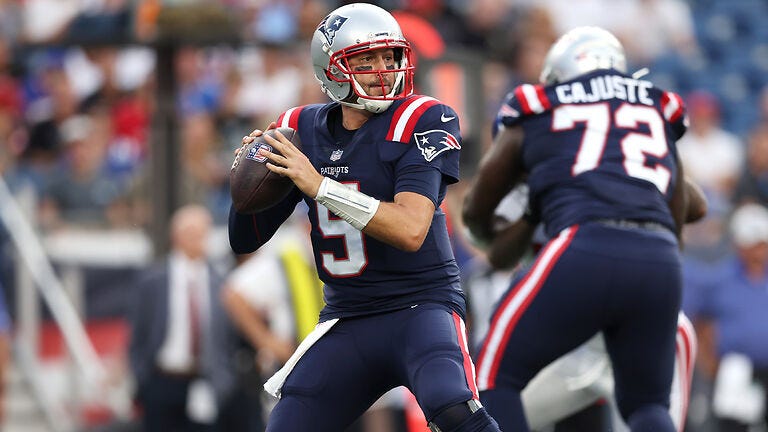