Monday night’s tilt in the desert, at a venue where the New England Patriots have experienced great triumph (Super Bowl 49!) and tragedy (Super Bowl 42!) represents an absolute must-win if the Pats are to accomplish a number of things, foremost being the pursuit of postseason. Also on the checklist would be sustaining drives, establishing a run game, scoring in the red zone and finding a way to defend both a mobile quarterback and an elite wide receiver. Do most of that and the Pats can win the final contest of a three-game primetime stretch. It was supposed to be four, but next Sunday’s Pats-Raiders game was flexed out of primetime. After watching the Pats last week, and the Raiders Thursday night, the NFL made the right call.

But we digress! Focus on the moment and game at hand. New England, sitting at 6-6 on the season, needs to likely win four of their final five games to have a shot at that final Wild Card birth for the playoffs. To do that they’ll need to turn around a number of issues on offense that have plagued the team recently, making them almost, if we’re being fair, unwatchable at times. Passes behind the line of scrimmage, oddly timed runs, passes short of the sticks and red zone issues galore. Why it’s almost like "a defensive guy is calling plays!" Yikes.

The Arizona Cardinals, with their 31st ranked scoring defense, could represent the ultimate get-right game for Mac Jones and the Pats, where maybe just maybe the passing game resembles the one that came to life Thanksgiving night in Minneapolis. The Cardinals have the worst, repeat, THE WORST red zone defense in the NFL. They like to blitz, and are actually good against the run, so yes, Foxboro football fans, this could be a night where Matty P lets Mac cook again. And if you languished through the Buffalo game and bore witness to other recent turtling affairs in victory and defeat, you might find this more to your liking. Same with Mac, who we know doesn’t like the “quick game” much, and the rest of his offense, or at least whoever is healthy enough to make the trip and play. Put together some offensive momentum Monday and try to carry that with you to Vegas against the struggling Raiders, then back home, take your chances and either win gloriously or die valiantly the rest of the way, perhaps restoring just a touch of the confidence Mac Jones had last season and has seen obliterated in this anemic 2022 attack.

For New England’s defense, Arizona represents just the right kind of test as the Pats have had a hard time defending mobile QBs and elite receivers this season. When right Arizona presents both in abundance. QB Kyler Murray is a super talented contemporary enigma under center. When he’s focused, and healthy, his combination of athleticism, speed and arm talent can be impossible for even the best defenses to contain. Problem is he’s not always dialed in, and can be moody, doesn’t really seem to jibe with coach and offensive guru Kliff Kingsbury and gets his tiny QB frame dinged up quite a bit. He’s been an elf on the shelf a bit lately but should be good to go for MNF. And if Murray, who some in Arizona believe will be contained in the pocket by Bill Belichick, can move about and play his game he could find either of his top receivers DeAndre Hopkins (49 catches in just six games this season) and Hollywood Brown, who’s returning from injury and also has popped this season (49 catches in seven games).

The formula for getting one if not both sides of the ball on the right track is there for New England. They need this win or else it’s likely a meaningless stretch through the holidays in a broken season for Bill Belichick and company. The Cardinals at 4-8 are likely looking to be spoilers who can turn their season around and try to build momentum, and job security for players and coach alike, headed into 2023. The Pats are a two point betting favorite, with an over/under of 43.5. Let’s see what the people who get paid the big bucks to make the picks have to say…

Everyone at The Boston Globe agreed for a change; it’s the Pats.

ESPN Boston’s Mike Reiss likes the Pats in a tight one.

Our friends at Patriots.com, in a slim majority, are on the Pats.

On the National scene…

NFL.com’s Gregg Rosenthal has the Pats by a field goal.

By a slight majority ESPN.com went with the Patriots.

The Sporting News likes the Pats to win and cover.

Sports Illustrated’s MMQB was unanimous for the Pats.

The experts at CBS Sports, straight, went 6-2 in favor of the Pats.

Bleacher Report was split right down the middle.

The Miami Herald will take the Cards and the points.

Both fellas at Pro Football Talk like the Pats to cover.

Our pick? Patriots and the over, in an entertaining affair between two teams with struggling offenses, the Pats O makes one fewer mistake, and that Belichick over Kingsbury matchup is too lopsided to not factor into the final score. Pats 27, Cards 24.

Whatever the score you can get complete coverage, analysis, audio and more on The 6 Rings Postgame Show, immediately following the final whistle of Pats-Cards Monday night, until 2 a.m. EST right here on 93.7 FM WEEI and WEEI.com. 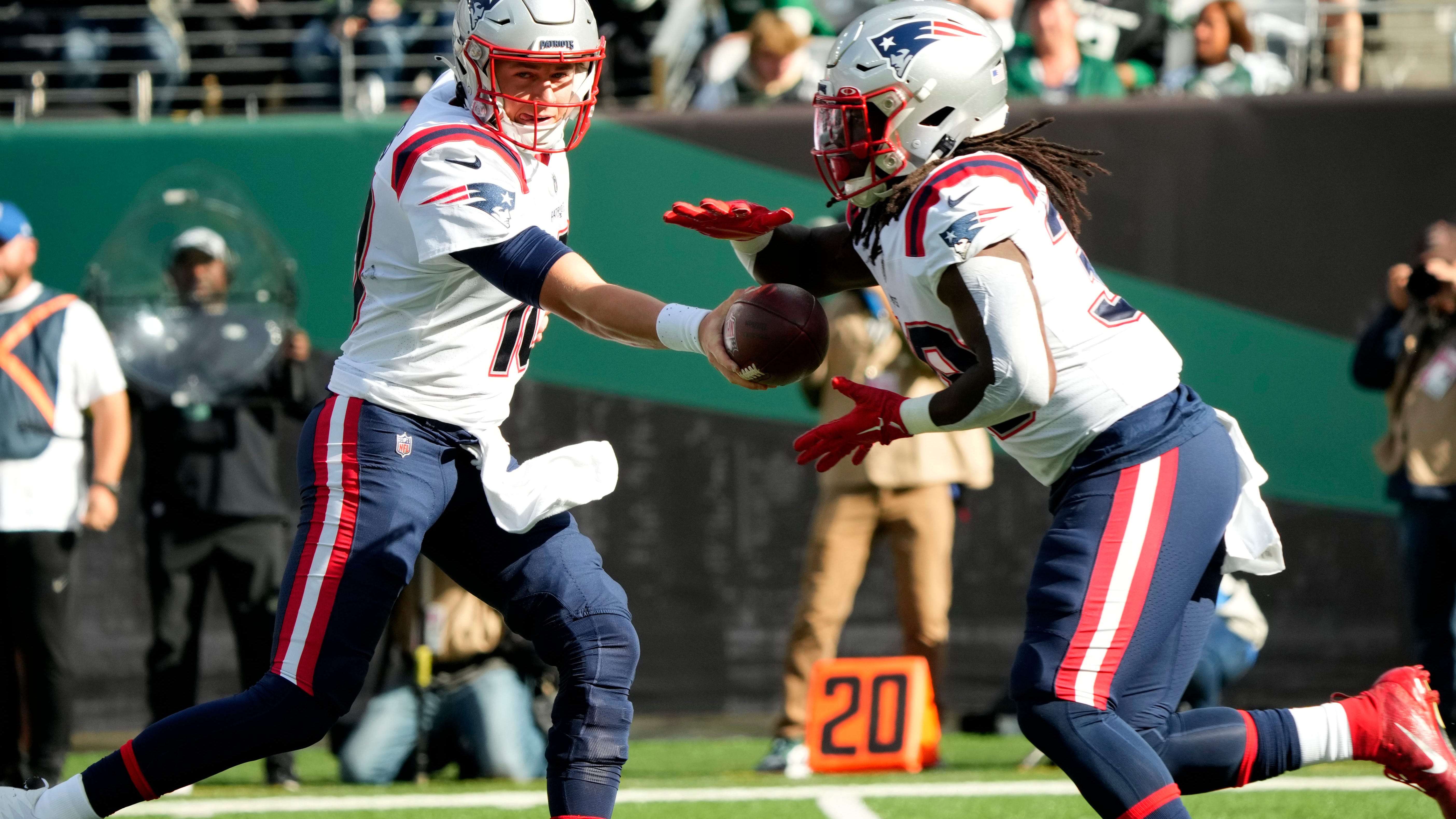