"A cliche. You hear them say ‘I’m in the best shape of my life,’ and you’re like, ‘Yeah …’ But Eduardo, he really is," the Red Sox manager said.

"I would like to think I am," the pitcher said.

Monday, it was Christian Vazquez's turn.

“Christian put work in the offseason," Cora said. " When you guys see him, i know Rob (Me) always makes fun of me when I say he’s in the best shape of his life, you know, everybody is. Well you you guys will see him , you guys will see the pictures and he is in his best shape of his life. He put work in Miami. Christian is ... and Rapsodo, and machines, and all the cool stuff to invest in himself. And you know, we had a lot of conversations in the offseason about receiving, calling games.

"Trying to to lead this pitching staff to be to be good, to be great. And we're gonna challenge him. A lot of people thought when he was coming up right or when he made it to the big leagues, that he was gonna win a Gold Glove. That hasn't happened yet. So we want the complete package. We want the best version of Christian Vazquez over 162-plus, but he put himself in a great position in the offseason, very excited to work with him. You know, he's in a stage of his life that is a lot different now with Diego, with the baby and Gabby. They are in a great place as a family. I think that also is going to help him out.” 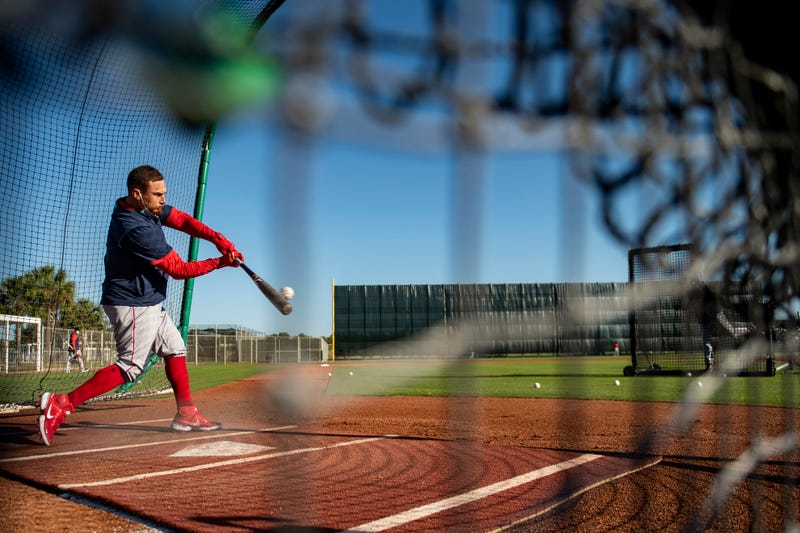 Players do come into spring training in better shape than ever these days. Still, they are also realistic, as was evident by some of the responses to the question two years ago.

Brock Holt: "I’m sure I’ve been in better shape, but I’m going to say, 'Yes, I’m in the best shape of my life,' because that’s what we’re supposed to say."

Matt Barnes: "No. We had a month less to train and I went on my honeymoon."

Ryan Brasier: "I've never been in the best shape of my life."

Rafael Devers: "I’m in the best shape since I’ve been in the big leagues, but not the best of my life."

Nathan Eovaldi: "No. That would have been my senior year of high school."

David Price: "At 34 years old? I'm not in the best shape ever. But I will be in better shape tomorrow than I am today."

And then there was Vazquez ...

The answer might be different this time around. Vazquez is a different person and a different player, on the cusp of being considered one of the best catchers in the major leagues. In the last two years, his combined .839 OPS is third-best of catchers with at least 599 plate appearances.

Vazquez knows the deal. He is in the last guaranteed year of his contract with the team holding a $7 million option for 2022. He is now the no-holds-barred starter, with the responsibility of leading a talented but uncertain pitching staff.

Put it this way: It's a good time to be in the best shape of your life.

All 'Best Shape of Their Life' conversation has to be approved by me pic.twitter.com/8hgL4K4tvh