This would seem to be Curt Schilling's big chance.

The former Red Sox pitcher was one of the names on the newly-released ballot for the Baseball Hall of Fame's Class of 2021.

Schilling is viewed as a favorite to be inducted, having received 70 percent of the required 75 percent of the vote last year. It is his ninth year of Hall of Fame eligibility.

There is no first-year candidates believed to have a legitimate chance of gaining induction, with Roger Clemens (61 percent) and Barry Bonds (60.7) also missing out in their eighth season of eligibility in 2020.

Manny Ramirez heads into his fifth year on the ballot, having received 28.2 percent of the voting last year.

Another player with Red Sox ties on the ballot is outfielder Shane Victorino, who was with the team from 2013-15. It is Victorino's first year of eligibility. 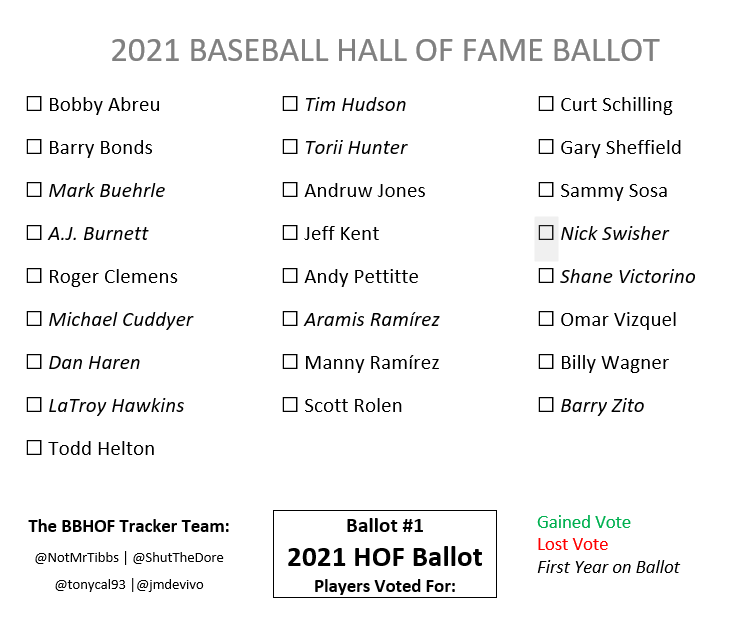