Rich Hill made history over the weekend. The Boston Red Sox pitcher became just the third pitcher since 1900 to throw a scoreless start with at least 10 strikeouts at age 42 or older. Nolan Ryan accomplished that feat 10 times while Roger Clemens did it thrice.

Hill’s start on Saturday was electric, but not because he was throwing gas. The southpaw carved up the Rays to the tune of 11 strikeouts while walking just one and allowing three hits in seven innings. He showed off the artform of pitching against Tampa Bay.

Hill talked with WEEI’s Rob Bradford of Audacy’s “The Bradfo Sho” podcast about his start, the art of pitching, and what advice he’d give to young pitchers.

“It’s almost like anytime you meet force with force you’re not gonna get the desired result that you’re looking for,” Hill said (5:11 in player above). “We always think ‘harder, harder, harder,’ and that’s going to alleviate the issue or get you the result that you’re looking for with quality pitches but the reality of it is it’s not throwing. We’re not throwing, we’re pitching. So how does that look to you the individual? I’d ask what does the kid think pitching is and what is their definition of pitching. Almost like what is the definition of success? And that changes over our lifespan.”

Hill has found plenty of success throughout his career. He’s played for 11 teams across his 18 years in the big leagues, including five years in Boston, and has a career ERA of 3.84.

“I think the one thing is that looking at pitching as the artform and understanding that it is the ability to mess up the hitter’s timing or throw the hitter off by a fraction of a second or have the hitter miss the ball by a fraction of an inch,” he said. “The differences that we’re talking about are so minuscule and so fine that you have to allow yourself, as the player -- as the pitcher, not the thrower --, to have a certain amount of free stylistic improvisational abilities to go out there.”

Hill has also dealt with his fair share of failures and adversity in his career. In fact, his 4.32 ERA this season is his highest since 2013 when he had a 6.28 ERA mark with Cleveland. But he’s been able to use creativity and flexibility to find success.

During Hill’s dazzling start on Saturday, the Rays were stepping out of the box a bit, perhaps in an attempt to get the lefty off his game. That wasn’t the case. Hill pitches in the moment.

“If hitters are stepping out it doesn’t break your rhythm, it doesn’t break your mode of operation because you’re focused in on the moment and you’re focused in on the task at hand, which is that pitch. So if you get away from that pitch and you focus in on ‘Well I just walked a guy’ or ‘I gave up an 0-2 hit’ or ‘I didn’t execute the pitch the way I wanted to.’”

Baseball, like many things, is results-based. But focusing on the results can be a slippery slope.

It doesn’t matter where Hill is throwing. He’ll still have the same mentality, aggressiveness, and intensity no matter the situation.

“The more times you can practice the intensity of game performance, the easier it will become to put yourself in those situations. So for me, whether it’s the World Series, postseason, any postseason games, or regular season games, you’re going to get the same guy. So if you see me in a bullpen session in March in Fort Myers it’s going to be the same attitude and same mentality as it would be,” he continued.

The veteran southpaw averages 88.5 mph on his fastball this season. Most people would think that those pitches are easy to hit, but Hill uses creativity and deception to his advantage.

“It really is just how much do you wanna push the limits as a pitcher of seeing what you can do and what you’re capable of. To the kids, if they don’t try to push those limits and try to be creative. You might not be blessed with 95-plus or you might have 95-plus and you can’t spin a ball. But you have to figure out a way to make that work for you,” Hill said. “There are so many guys that have incredible talents and unbelievable abilities but at the end of the day, especially for longevity and to prolong your career, I really believe that the creativity has a huge part in it.” 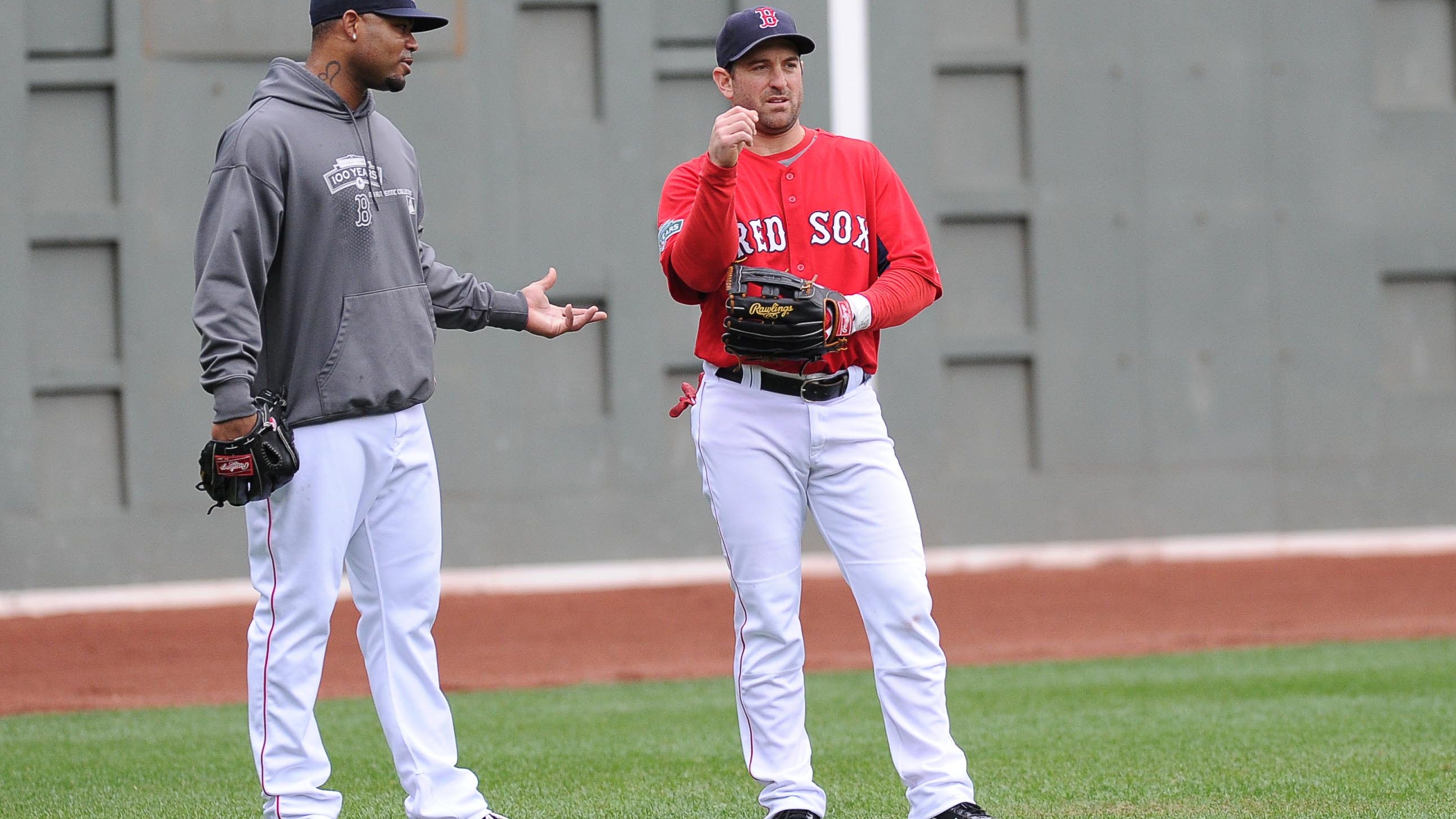