It seemed like pretty odd timing, as there would have been little harm in Kennedy and the front office waiting until the end of the season -- just over a month away -- before making any decisions or announcements.

Heck, Tim Kurkjian of ESPN said on Wednesday that he wasn’t even convinced that what Kennedy said was actually true, suggesting that it’s still possible at least one of Bloom or Cora doesn’t return. Cora was surprised it was even a conversation in the first place.

Kennedy joined The Greg Hill Show on Thursday and explained why he decided to publicly commit to Bloom and Cora now.

“It’s interesting. A lot of people ask me, ‘Why did you speak about that,’ or, ‘Why did you make that announcement?’ It actually wasn’t an announcement,” Kennedy said. “It wasn’t something that was pre-determined. Ken Rosenthal just asked me the question in the context of an interview about the sort of state of the franchise. So, I just confirmed that Chaim and Alex are both under long-term contracts and they’ll both be back next year, and there hasn’t been any discussion or thought to the contrary.

“So, very easy question to answer, and that’s what we did. We have a lot of faith in both of these leaders on the field and in the front office. So, despite where we are right now -- it’s been maddening, it’s been frustrating, in the bottom of the American League East -- there’s a lot of good things going on in the organization and we’re optimistic about our ability to rebound and climb back to where we know we belong. That’s not where we are today, but we have confidence in Chaim and Alex and are looking forward to improving.”

Asked if, in hindsight, he thinks Bloom should have done more last offseason, Kennedy said it wouldn’t be fair to put the team’s shortcomings on any one person.

“All of us as an organization deserve blame when things don’t go well,” he said. “So put me atop that list as well, ownership, everyone in the front office. We’re all accountable for what you’re seeing out there this year. This is not acceptable, and we deserve that criticism. When things don’t go well, it’s on all of us. I know we like to pick out one person or play the blame game, but that would be wholly unfair and inappropriate in this position, in professional sports. There’s so much that goes into fielding a team, and we all take accountability for that. So that’s on all of us.”

Co-host Jermaine Wiggins then asked Kennedy if he envisions the Red Sox pursuing any big-name free agents this winter and spending more money than the last couple offseasons.

“You’ll get me in trouble if I talk about any specific players and violate MLB rules, but I can tell you that playing in the free-agent market has always been part of our strategy, and we’ll be there again this year and as we go forward,” Kennedy said. “Investing heavily at the major league level is something we’re not shy about. I think in my 21 years here we’ve been over the competitive balance tax threshold probably about half the time.

“So we’re not restrained in terms of a certain dollar amount. But what we are trying to do is build through the minor-league system, build through international signings and drafting properly and developing players, and also signing high-profile, key free agents. That’s really always been our strategy, and I do not see that changing under John Henry and Tom Werner.” 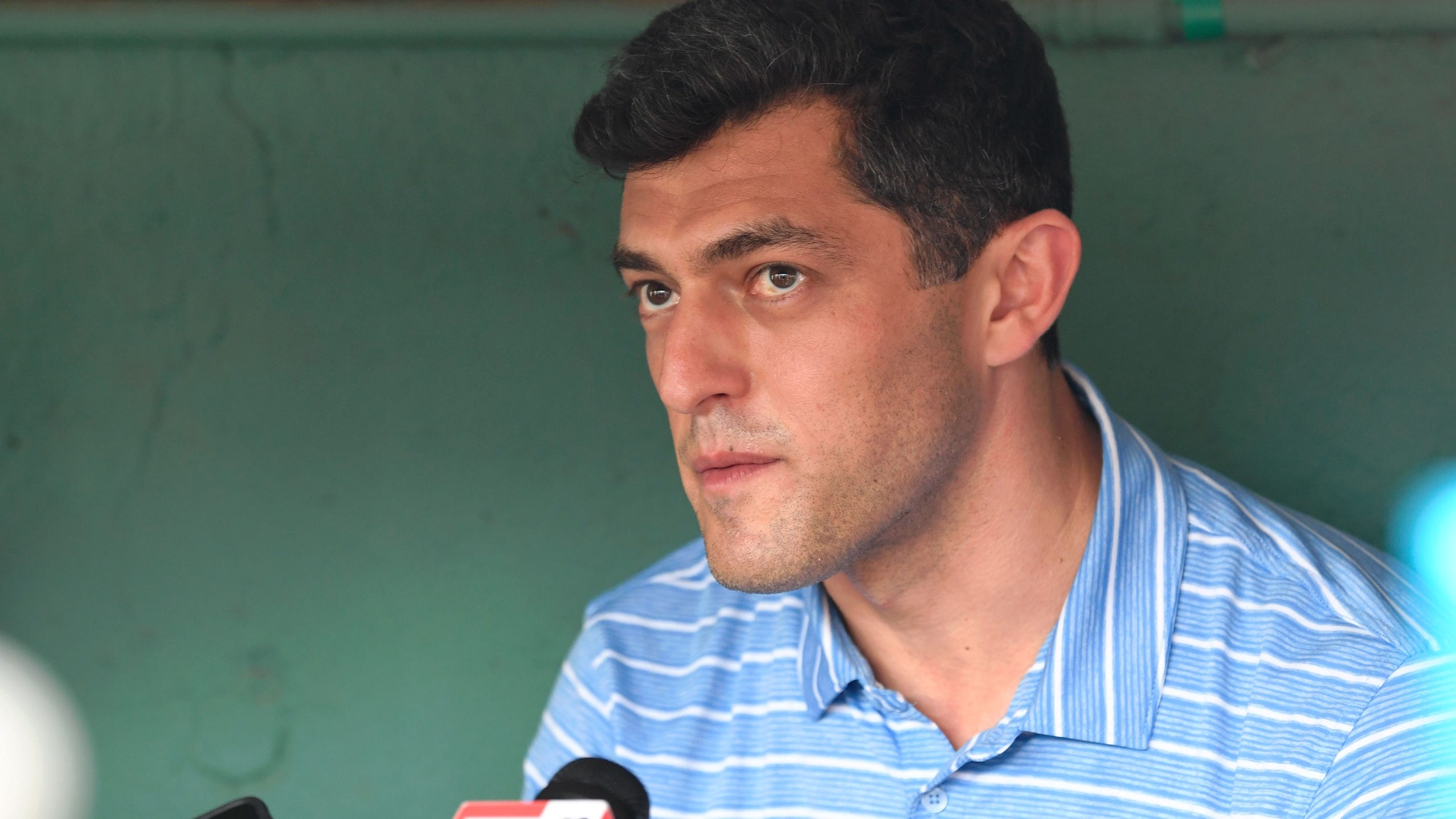