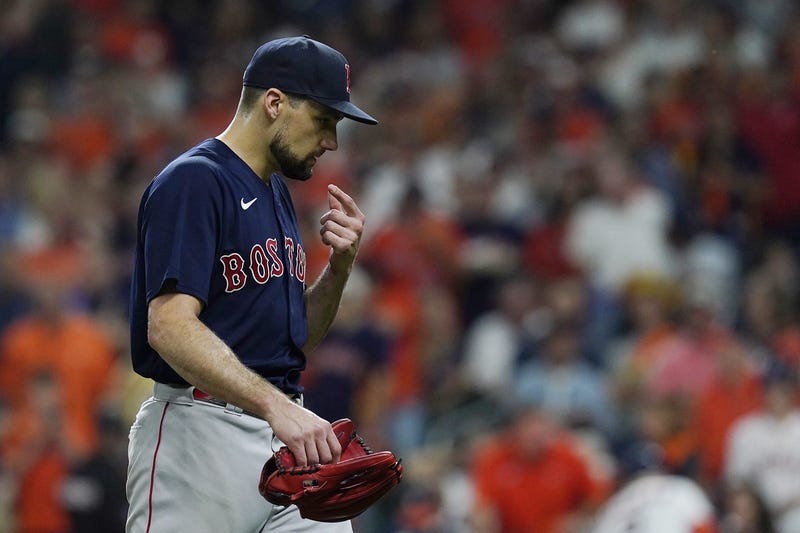 The names and figures have been flying.

That's 18 players of MLB Trade Rumors' Top 50 available free agents already off the board before Dec. 1. We all know the reason for the tidal wave of years and dollars - (earmuffs ... there is a lockout coming). But, still ... There is something to be said for not having to wait until Super Bowl Sunday for the market to be defined.

It has also helped smack the Red Sox in the face when it comes to their reality following the 2022 season.

Three players, in particular - Nathan Eovaldi, Xander Bogaerts and Kiké Hernandez - just made themselves a whole lot more money than they are making now.

Eovaldi: Ironically, the contract that might have greased the skids for Dave Dombrowski's departure might have actually been one of his better deals. Four years, $68 million. Let's just say it: It has been worth it.

Gausman jumps out here. If he is going to make $110 million over five years for one above-average season, then imagine what the ever-evolving Eovaldi is line for. Let's just say that even though the righty will be hitting free agency at the age of 32 years old, with the baseline that has been set in recent days getting at least another four-year, $68 million contract is a very real possibility.

Bogaerts: This was the Red Sox' shortstop talking to WEEI.com in June ...

He hasn't been wrong.

Seager has signed a 10-year deal with an AAV of $32.5 million. Semien - who is a full year older than what Bogaerts will be this time next year - got a seven-year contract that carries an AAV of $25 million. And Francisco Lindor is locked up through 2031, making $34.1 million per season.

What the last few days is define what we probably already had an inkling of: Bogaerts is undoubtedly going to be opting out of the final four years of his current deal, which would pay him $20 million per season as currently constituted.

Hernandez: The 30-year-old is the one few are talking about when trying decipher what the Red Sox will look like after 2022. But he has suddenly become one of the impactful - and important - players on the entire roster.

Without Hernandez in center field and you are truly banking on Jarren Duran taking a step he couldn't manage in his first big-league go-round.

The Hernandez deal was undoubtedly one of Chaim Bloom's best, needing to pay him $7 million for 2022. But, judging by how the market is trending, this is a guy who is going to get paid like few envisioned a year ago. (In case you missed it, Hernandez ended up 2021 with the exact same WAR - 4.1 - as Bogaerts.)

The 32-year-old Canha, for instance, is getting nearly double of Hernandez's current AAV for the next two seasons with the Mets. Simply put, he doesn't supply the impact the Red Sox outfielder currently presents.

When we talk Red Sox extensions the names of Rafael Devers and Bogaerts are immediately brought to the forefront. With the way things are going, Hernandez's name might be worth mixing in.