Even before he broke into the majors, it was clear Rafael Devers had superstar potential.

He might be nearing that now, but Xander Bogaerts doesn’t think he’s hit his limit yet.

“It is next level, but you know he was capable of this,” Bogaerts said of Devers during an appearance on WEEI’s “Bradfo Sho” podcast (which you can listen to here). “And I feel like he can even be more next-level, that’s how highly I think of him. I see him work on a daily basis, if he can just manage the zone a little bit better, but he’s got that gift of swinging at bad pitches.”

One of the big things for Devers this year has been consistency. Not only has his defense stabilized, but at the dish his strikeout rate is down and his .346 average on fastballs is markedly higher than previous years of his career.

So, is it too far-fetched to say he’s an MVP candidate?

“No, I don’t think so,” Bogaerts responded. “We know what he does as the year starts getting closer to the finish line. He just has a tremendous ability and this year it’s been really fun to see him put everything together.”

This year has been the year for comparisons for Devers.

An increasing number of comps to Adrian Beltre and Red Sox legend David Ortiz have emerged this season. And the feeling that every time Devers is up something big could happen has become commonplace, and that’s not dissimilar to the Ortiz experience.

"With him, it’s the same,” Bogaerts said. “They have different swing types, one is more aggressive than the other. I feel like Ortiz had better eyes, more experience, he knew what they wanted to do with him. Raffy has that gift that he can swing at bad pitches and still get good results, kind of like Vladdy (Guerrero Sr.) – I’m not saying (exactly) like Vladdy, but he swings hard and everything he hits is barrel.”

Again, there were signs everywhere that Devers was capable of this, especially offensively. But he continues to find another level at the plate, and this year’s improvements can, in Bogaerts’ opinion, partially be attributed to capitalizing on pitchers' mistakes.

“Not missing a lot of mistakes," Bogaerts said. "Us as hitters, sometimes we sit on different pitches and you miss a fastball and it’s like ah s–t. But when he gets his pitch, he’s barreling. It’s either a hit or it’s hit hard at someone, but I feel like there’s not a lot of foul balls. … He’ll have some games when it’s not always on point, but for the most part when he gets that pitch it’s damage.”

Aaron Judge is the MVP frontrunner at this point in the season, but if Devers keeps on his current pace, the third baseman should at least get a decent share of votes.

You have zero excuse not to listen now

Red Sox insight and interviews with your favorite players 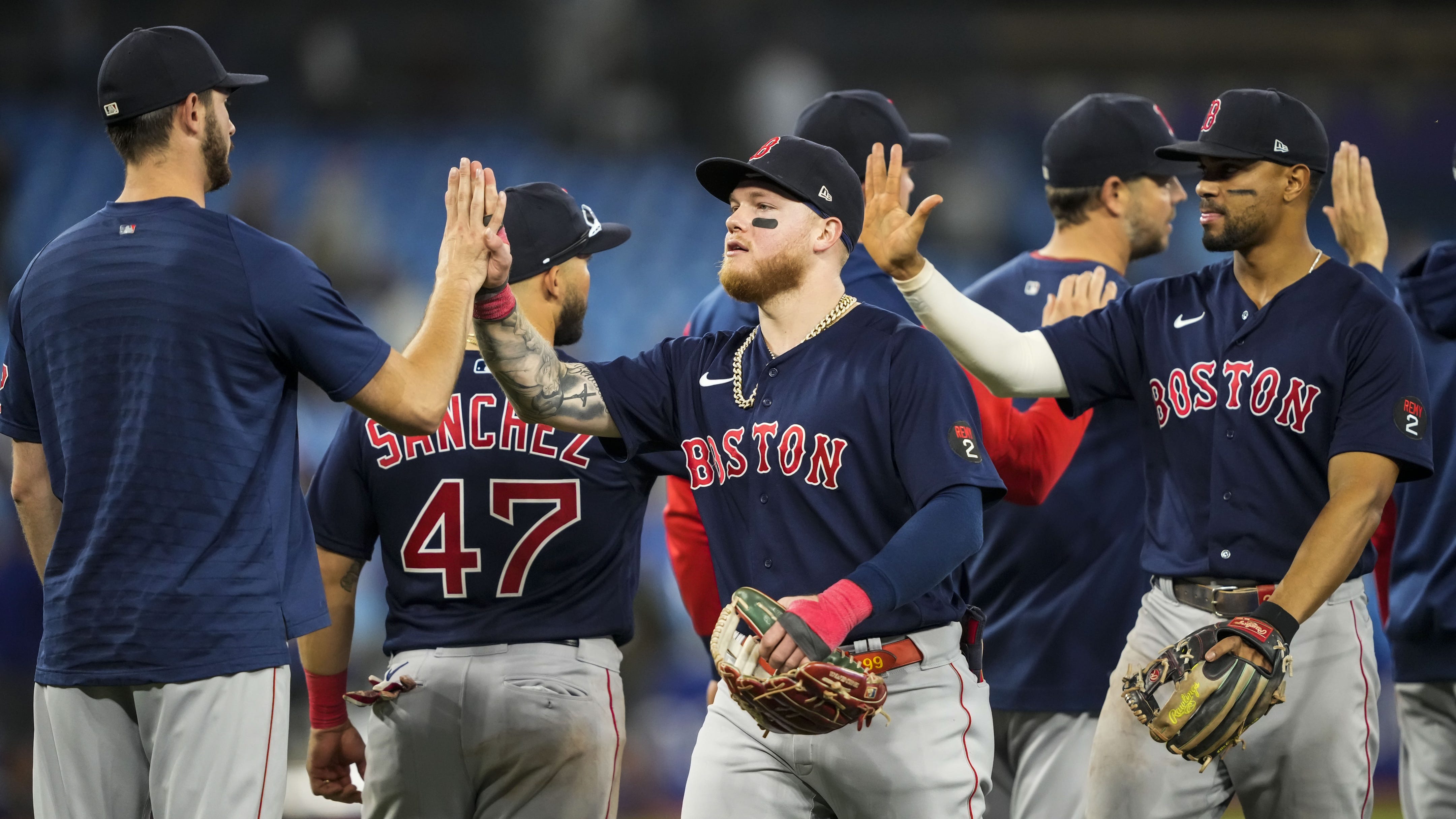 This was what Red Sox fans were looking for