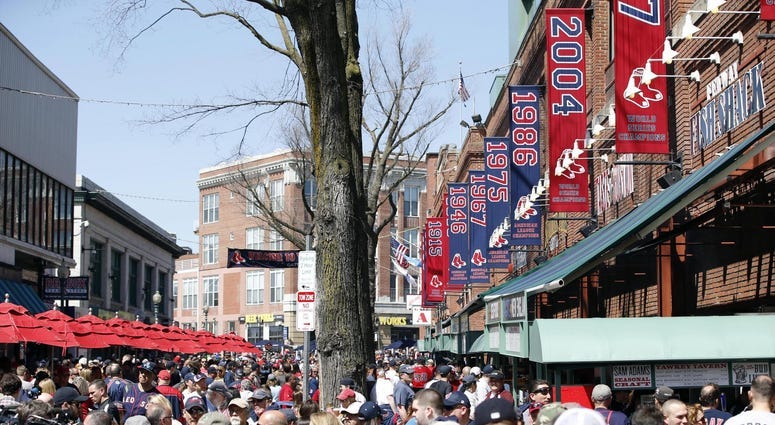 Former Red Sox owner Tom Yawkey’s record of virulent racism has been recounted numerous times in the debate to rename Yawkey Way. But another disgraceful portion of his ownership tenure often goes unmentioned.

Eight years before longtime Penn State defensive coordinator Jerry Sandusky faced child sexual abuse charges, the Red Sox settled a longstanding child molestation case of their own. John Henry, who purchased the team in late 2001, paid $3.15 million to seven men who say former clubhouse attendant Don Fitzpatrick sexually abused them during his more than 20-year tenure with the club. A victim came forward to the team in 1971, but Fitzpatrick remained with Red Sox until 1991, when a man showed up at a nationally televised game in Anaheim and held up a sign that read, “Don Fitzpatrick sexually assaulted me.” The Red Sox paid out an $100,000 settlement and Fitzpatrick left the club four days later.

There are now 20 alleged victims, most of whom tell a similar story: Fitzpatrick, who presided over the visitor’s clubhouse, lured them in with promises of employment and access. The men who successfully sued the Red Sox for Fitzpatrick’s misconduct, dubbed the “Winter Haven Seven,” were lured in at the team’s former Spring Training headquarters in Winter Haven, Fla. Fitzpatrick pleaded guilty in 2002 to four counts of attempted sexual battery against boys younger than 12 between 1975 and 1989 in the central Florida city. He died in 2005 without serving any time.

As Yahoo’s Jeff Passan details in an extensive story about the scandal, Fitzpatrick was a favorite of Tom and Jean Yawkey. The couple operated a home for disadvantaged boys in South Carolina, and often took wayward youths under their wing. Tom Yawkey took a particular liking to Fitzpatrick, an orphan who played pepper with batboys outside Fenway Park prior to Red Sox home games.

Two sources told Passan that Yawkey “protected” Fitzpatrick when his “tendencies to gravitate towards young boys became apparent.” Red Sox players reportedly instructed young boys, especially African-Americans, to stay away from Fitzpatrick. Passan reports that one player saw Fitzpatrick sodomizing a young boy in the team shower and alerted the team, but Fitzpatrick kept his job (much like how ex-Penn State coach Mike McQueary says he caught Sandusky molesting a boy in the locker room shower).

It’s uncertain how much the Yawkeys knew about Fitzpatrick’s monstrous behavior. But if players were aware of it, then it’s fair to assume the rumors had percolated up to the owner’s box. Fitzpatrick’s swift removal after the 1991 incident, and the Red Sox’ willingness to settle, also indicates they had knowledge of their beloved clubhouse attendant’s sick tendencies.

Yawkey’s 44-year tenure as owner, which lasted from 1933 until 1976, was a low-point in franchise history. The Red Sox were basement dwellers for the majority of those years, largely due to his refusal to integrate. Yawkey hosted tryouts for Jackie Robinson, Willie Mays and Billy Williams, declining to sign all three.

The work of the Yawkey Foundation, which has donated more than $350 million to charities across the city, is laudable. But Yawkey’s Red Sox ownership was an embarrassment. And his racism might be the least of it.