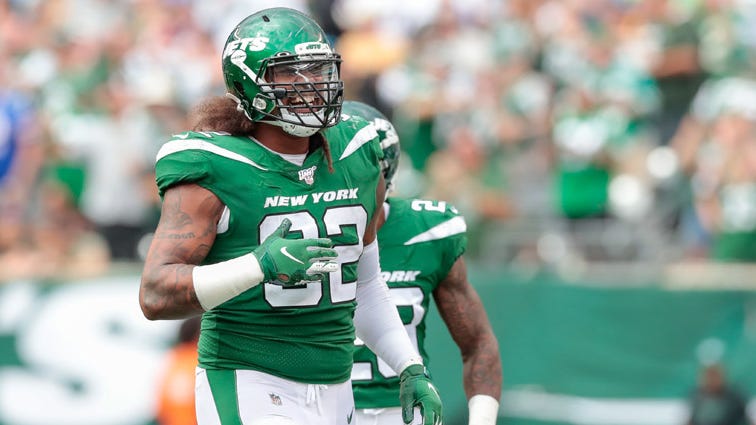 It has been an ugly first four games, but things are about to start looking up for the Jets, WFAN's Boomer Esiason said Monday.

Falk is clearly in over his head, Esiason said on Monday's "Boomer and Gio" show.

"They're noncompetitive on offense. They're competitive everywhere else," he said. "And they'll get competitive once Sam Darnold comes back. So it's not even trying to break this whole thing down and figure all this other stuff out about what the Jets are doing and all this. I mean, their quarterback (Luke Falk) doesn't belong on an NFL football field. That's the bottom line. They're unprepared. And this is their third quarterback — it's not their second quarterback. And I'm not saying that they would've been any better with Trevor Siemian as their quarterback, but when you watch the Bills and you watch the Ravens win on the road yesterday, what do they have? They have their second-year quarterbacks. You know, those are the guys that make plays."

Falk was 15-of-26 for 120 yards with two interceptions Sunday. He also lost a fumble on a strip-sack that led to an Eagles TD. Falk's passer rating on the day was just 37.3.
Bill Streicher/USA TODAY Images

"Right now, the Jets' offense is a mess," Boomer said. "Their offensive line is a mess. Le'Veon Bell can't get going. You're going to get Chris Herndon back this week. I do believe that they will get Sam Darnold back this week hopefully against the Cowboys, and they'll look completely different. They'll have a pulse. They'll have the quarterback that's supposed to make a difference. Right now, they're playing with an intramural quarterback, who's just fighting for his life to stay alive, trying to figure it all out. And he can't read a defense, they can't block the defense, and once things get out of whack and start rolling downhill, it's impossible to stop it."

To listen to the open from Monday's "Boomer and Gio," in which the guys also discuss the Giants' loss, the Yankees-Twins ALDS and the firing of Redskins coach Jay Gruden, click on the audio player above.