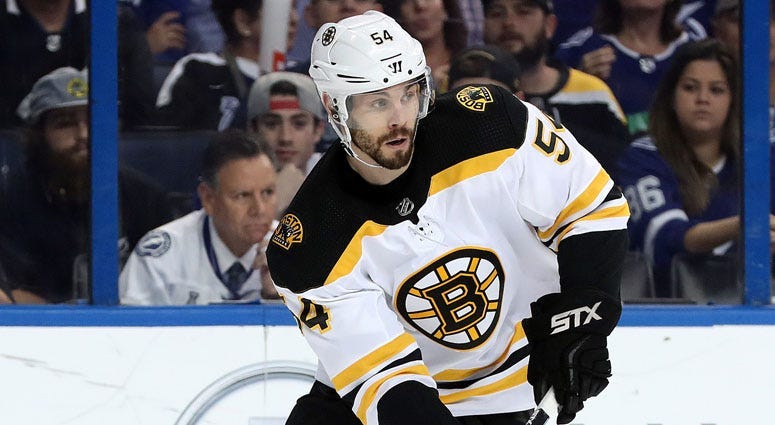 The young Rangers added some experience at defenseman Tuesday by acquiring Adam McQuaid from the Boston Bruins.

The Blueshirts sent defenseman Steven Kampfer, a 2019 fourth-round draft pick and a conditional seventh-round pick to Boston in the deal.

The right-handed McQuaid, 31, has played his entire nine-year career in Boston since being drafted in the second round in 2005.

MORE: Hartnett: 5 Rangers Who Could Benefit Most From Quinn

Limited to 38 games largely because of a broken leg last season, McQuaid had one goal and three assists.

"It's a very difficult day," Boston general manager Don Sweeney said. "We want to thank Adam. He was a tremendous Bruin, a tremendous teammate."

McQuaid has one year and $2.75 million remaining on his contract.

Kampfer played in 32 games over two seasons with the Rangers, registering one goal and two assists.