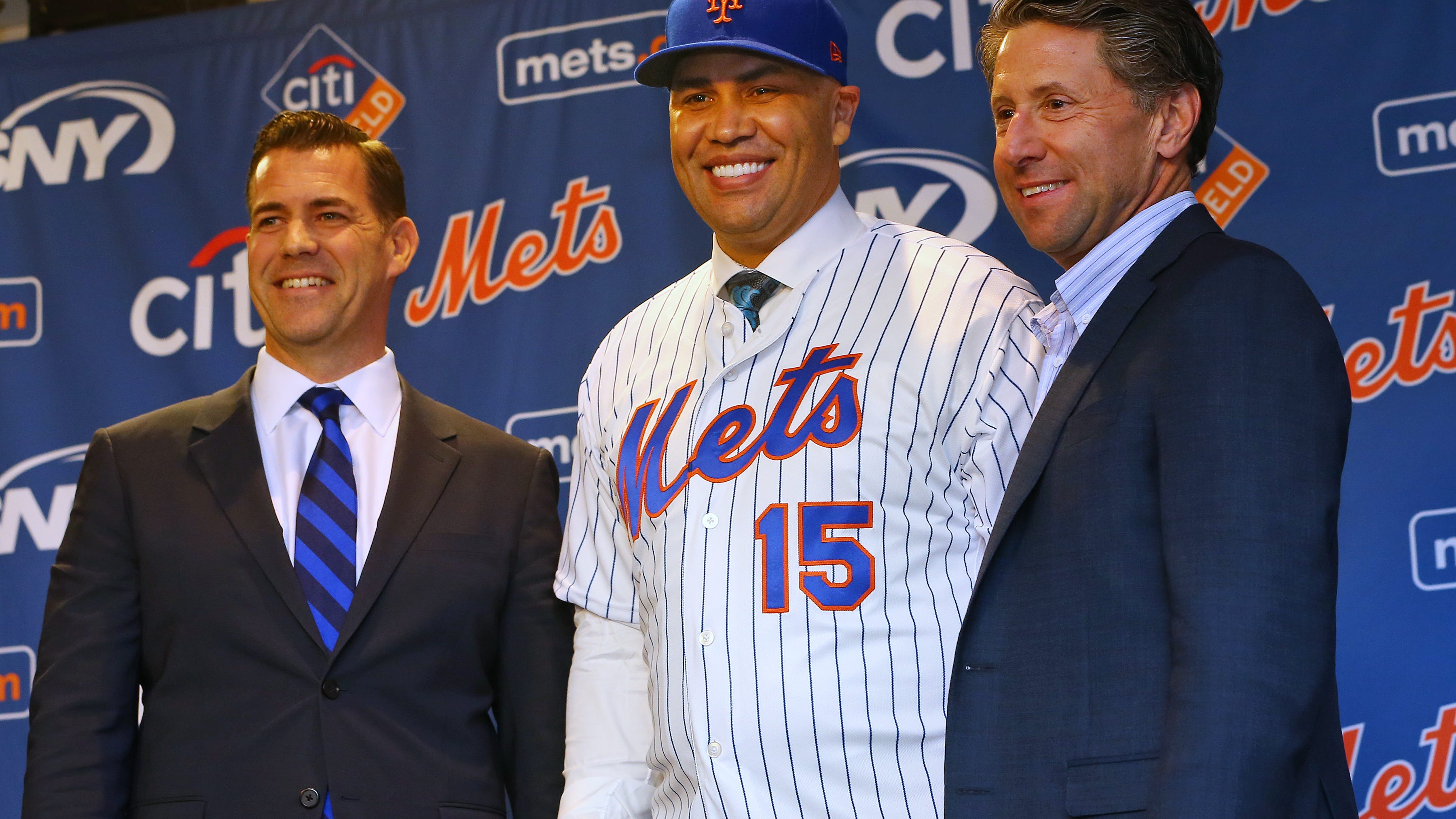 Carlos Beltran is out before ever managing a game for the Mets.

The team announced Thursday that it has mutually parted ways with the manager.

Beltran was named in MLB Commissioner Rob Manfred's report on the Astros' sign-stealing scandal this week. Beltran was a member of the 2017 World-Series-winning club that illegally used a center field camera to steal signs from opposing catchers and relay them to Houston batters.

Mets COO Jeff Wilpon and general manager Brodie Van Wagenen released a statement saying: "We met with Carlos last night and again this morning and agreed to mutually part ways. This was not an easy decision. Considering the circumstances, it became clear to all parties that it was not in anyone's best interest for Carlos to move forward as Manager of the New York Mets. We believe that Carlos was honest and forthcoming with us. We are confident that this will not be the final chapter in his baseball career. We remain excited about the talent on this team and are committed to reaching our goals of winning now and in the future."
Rich Schultz/Getty Images

In a separate statement, Beltran said: "Over my 20 years in the game, I've always taken pride in being a leader and doing things the right way, and in this situation, I failed. As a veteran player on the team, I should've recognized the severity of the issue and truly regret the actions that were taken. I am a man of faith and integrity and what took place did not demonstrate those characteristics that are so very important to me and my family.

"I'm very sorry. It's not who I am as a father, a husband, a teammate and as an educator. The Mets organization and I mutually agreed to part ways, moving forward for the greater good with no further distractions. I hope that at some point in time, I'll have the opportunity to return to this game that I love so much."

Beltran is the third manager to lose his job because of the Astros cheating scandal, joining Houston’s AJ Hinch and Boston’s Alex Cora. The Athletic reported that the now former manager of the Mets was a “key part” of forming the plan to steal signs using electronic devices, although MLB's report did not indicate that he was any more involved than other players.

Cora, a bench coach with the Astros in 2017, was fired by the Red Sox and awaits punishment from Major League Baseball for his involvement in the scheme. He was also the manager of the 2018 Red Sox, who are the subject of a separate sign-stealing investigation.

Hinch and Astros general manager, Jeff Luhnow, who was also fired, were both suspended by MLB for one year. Manfred declined to discipline any players.

As reports of Beltran being prominently involved in helping the Astros cheat circulated, he denied any wrongdoing to the New York Post shortly after being hired by the Mets.

“We took a lot of pride studying pitchers (on) the computer. That is the only technology that I use and understand,” Beltran texted the Post on Nov. 12.

“I’m not concerned," Beltran said two days later. "There’s nothing illegal about studying your opposite team. We all have the same opportunity to look out for information and tendencies."

Beltran was the only player listed in MLB's report. In addition to losing their manager and general manager, the Astros lost four draft picks and $5 million as punishment from Major League Baseball.

Beltran’s tenure with the Mets lasted just two months after the club hired him in November. Considered a bright mind with a strong managerial future, he ends up not getting the chance to have that future in Queens.

During his time as a player, the nine-time All Star was widely known for his ability to pick up signs and recognize pitch tipping, spreading that advantage through the dugout. But it was his involvement in sign-stealing that led to his quick downfall with the Mets.

“Carlos is trustworthy,” Mets general manager Brodie Van Wagenen said at Beltran’s introductory news conference in November. “When we began this process, it was important for all of us in the ownership group and the baseball operations department to feel like we could exhale when we walked into the manager’s office. We didn’t want to inhale in anticipation of the conversations.”

Although Beltran was not penalized by Manfred, having been named in the report hurt his ability to be trusted and strengthened the case against him keeping his job as manager of the Mets.

Pitchers and catchers are schedule to report to Port St. Lucie Feb. 10, putting the organization in an unfavorable position of needing to hire a manager less than one month before spring training begins.