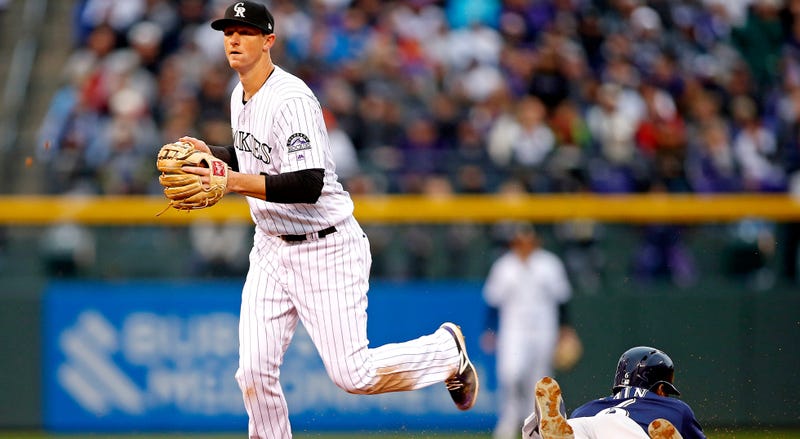 The Yankees’ already crowded infield added another member to its ranks on Monday when the team officially announced that it had signed DJ LeMahieu.

LeMahieu spent the last seven years with the Colorado Rockies, where he usually played as a second baseman. In 128 games last season, LeMahieu, a right-handed hitter, batted .276 with a career-high 15 homers. He is also a three-time Gold Glove winner, has made two All-Star teams and was the National League batting champion in 2016. The California native has signed a two-year contract that is reportedly worth around $24 million.

On Wednesday, LeMahieu joined Mike Francesa on WFAN to talk about his move to the Bronx. He's a versatile player and seemed eager to take on his role as a utility infielder for the team. In fact, LeMahieu says he is ready to play wherever the Yankees need him to play.

“I feel pretty comfortable at third, short, I can handle,” said LeMahieu. “Honestly, I’m kind of excited to try out different spots and to try to improve at all four spots.”

LeMahieu’s addition to the infield comes as the team seems to have moved on from pursuing Manny Machado in free agency. LeMahieu’s bat won’t provide the same pop that Machado’s would have, but, as the newest Yankee noted, it’s still a very impressive lineup.

“I mean, (it’s a) heck of a lineup already. I feel like I can be a part of that lineup and not try to do to much, just play my game; put the ball in play, have tough outs. We’ve got plenty of guys who can hit the long ball. Heck, it’s going to be a fun lineup to be a part of, that’s for sure.”

Listen to LeMahieu’s full interview with Mike Francesa above.