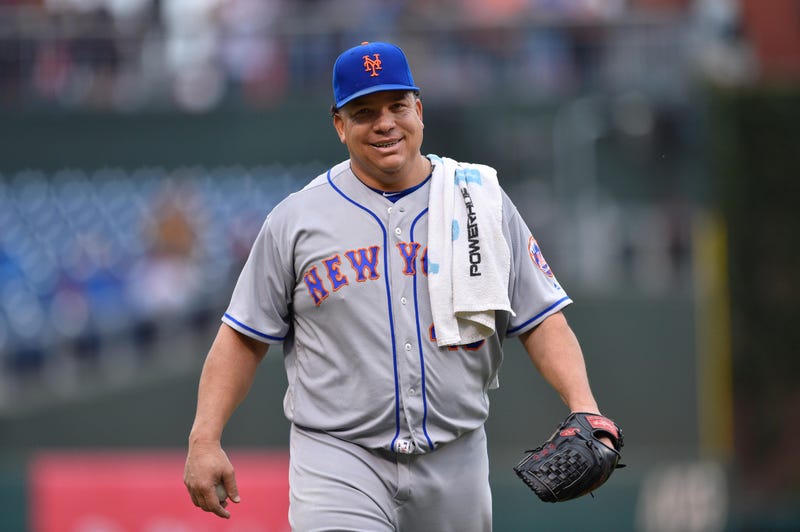 Bartolo Colon was a four-time All Star and was once named the AL's Cy Young award recipent. Now, Colon can list "author" under his extensive list of accolades.

Colon, who played three full seasons with the Mets, authored his own memoir detailing his life, growing up in the Dominican Republic and "the game I love." He titled the book "Big Sexy: In His Own Words," paying homage to the infamous nickname he earned over the course of his illustrious 21-year playing career.

The 46-year-old revealed the news on his Instagram account Wednesday afternoon in a truly unique fashion — reading while walking on a treadmill.

Hello, my friends. I’m so excited to tell you about my memoir, BIG SEXY. I wrote a book about my life growing up in the Dominican Republic and playing the game I love. Preorders are open now. It is coming out in April. Link is in my bio. Thank you!

The book is scheduled for an April 2020 release date and is co-authored by Michael Stahl.

Colon's career spanned across 12 different teams, playing for both local New York clubs. While he spent one season with the Yankees, Colon's time with the Mets played a significant role in the book title. "Big Sexy" is the nickname given to the 5-foot-11, 185-pound pitcher during his time with the Mets. It wasn't his idea, but it stuck with him just like how most nicknames work.

From his first career home run to his numerous personable antics, Colon became a fan favorite around baseball — especially in New York. He last pitched in the big leagues in 2018 with the Texas Rangers, but has been itching to continue his playing career. Despite spending all of 2018 as a free agent, Colon has yet to formally announce his retirement from professional baseball.

He doesn't appear ready to call it quits either. In a separate video posted to his Instagram last month, Colon proved that he is still able to strike batters out.