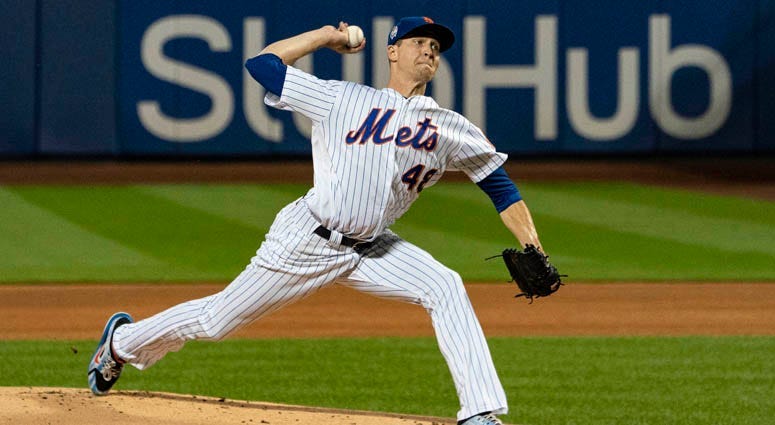 Jacob deGrom still doesn't have his megacontract, but he did receive a record raise Friday.

The Mets and deGrom avoided arbitration by agreeing to a $17 million contract for the upcoming season, WFAN baseball insider Jon Heyman reported.

The 30-year-old right-hander is coming off a historic season in which he won the National League Cy Young Award and led the majors with a 1.70 ERA. He had 269 strikeouts, although poor run support led to an unspectacular 10-9 record.

DeGrom has been looking for a long-term contract from the Mets. In July, his then-agent Brodie Van Wagenen suggested to The Athletic that the Mets should give him a multiyear deal or trade him. In a strange twist, Van Wagenen has since been hired as the Mets' general manager. Talks toward a long-term deal could open soon.

Zack Wheeler also avoided arbitration by agreeing to a $5.975 million contract, according to the New York Post's Mike Puma.

Puma is also reporting that Steven Matz has avoided arbitration by agreeing to a one-year deal worth $2.625 million, and that Michael Conforto gets $4.025 million to avoid arbitration.