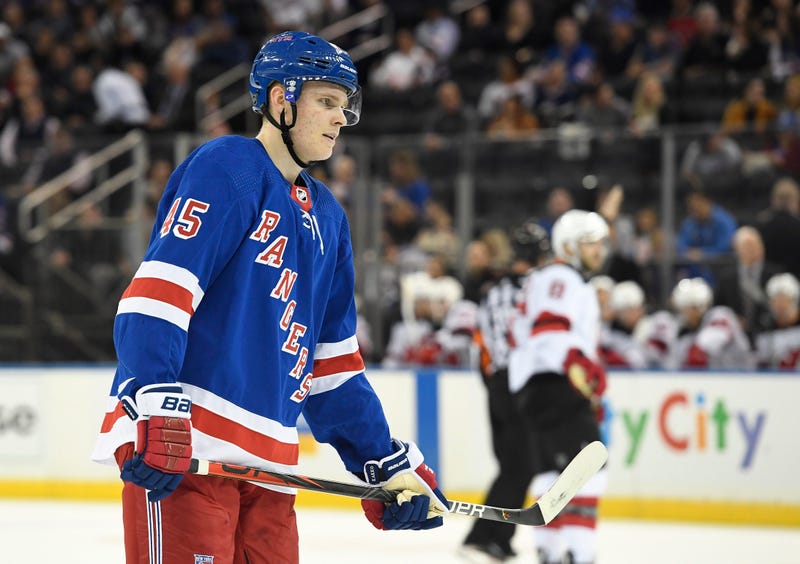 At a bare minimum, the revamped Blueshirts will be one of the league’s most exciting and intriguing teams following the additions of Artemi Panarin, Jacob Trouba, Adam Fox and second overall pick Kaapo Kakko.

OFFENSE ON THE RISE

Head coach David Quinn must be salivating at the prospect of rolling Panarin, Kakko, Mika Zibanejad, Chris Kreider and Pavel Buchnevich as part of the top six. That’s a lot of speed, skill and finish. These robust offensive talents can make the difference between wins and losses.

Panarin is an absolute game-breaker. He could become the Rangers’ first 80-point skater since Marian Gaborik recorded 86 points in 2009-10. Kakko might be the Calder Trophy favorite because of his NHL-ready body, puck skills and ability to gain net-front real estate.

The arrival of Trouba is equally important to that of Panarin. After trading Ryan McDonagh in Feb. 2018, the Rangers lacked an all-situation blue line leader. Trouba fills that void as a minute devouring, go-to guy. The 25-year-old is big, mobile and a skilled puck handler. He excels as a shutdown man and is developing into an offensive force.

In his final season with the Winnipeg Jets, Trouba set career bests with 50 points and 18 power play points. The top pairing of Trouba and Brady Skjei could mesh together nicely. I’m expecting a bounce-back year from Skjei and increased production after consecutive 25-point seasons that followed an impressive rookie campaign in 2016-17.

Fox oozes big potential. The 21-year-old displayed tremendous poise and offense-creating ability at the collegiate level. It remains to be seen how quickly he adjusts to the NHL pace – but he looked the part during the preseason.

BUT … THERE ARE MAJOR QUESTIONS TO BE ANSWERED

Though the big-name acquisitions will undoubtedly make a big impact, the Rangers are still very much a work in progress. There are big holes to fill, namely a genuine no. 2 center. Ryan Strome was reinvigorated after arriving from Edmonton in November of last season, putting up 33 points in his first 63 games as a Ranger.

For the moment, he’s earned the right to enter opening night behind Zibanejad in the depth chart – but it’s clear that the Rangers will need an upgrade at 2C. Filip Chytil has been given the opportunity to develop his game in Hartford and could reassume the no. 2 center role once he’s ready to rejoin the big club. Lias Andersson’s impressive two-way performance during the preseason was encouraging. He and fellow pivot Brett Howden and energetic wing Brendan Lemieux must continue to make forward strides.

Behind the first defensive pairing, there’s plenty of big questions. Can Tony DeAngelo repeat his fine play of last season? What kind of contributions can be expected from a 32-year-old Marc Staal? How quickly can Fox and Libor Hajek adjust to the demands of patrolling an NHL blue line?

Franchise goaltender Henrik Lundqvist enters 2019-20 coming off the poorest season of his career after posting a .907 save percentage. If the Rangers spend more time in the opponent’s end and improve on last season’s -381 shot differential, Lundqvist stands a chance of returning to form even at the advanced age of 37. Backup Alexandar Georgiev played well down the stretch last season and has made a case for more starts. If he can handle more of the workload, it will allow Lundqvist a greater chance of a late-career resurgence.

Meanwhile, the Chris Kreider contract saga could be a season-long running storyline. There haven’t been any discussions about a contract extension or any talks set for the near future. The situation could drag out close to the Feb. 24, 2020 trade deadline.

PLAYOFFS – SO, YOU’RE TELLING ME THERE’S A CHANCE?

According to MoneyPuck.com, the Rangers have a 38.1 percent chance of making the playoffs. The Metropolitan Division appears to be wide open, but the new-look Rangers need time to gel and Jeff Gorton still has more tinkering ahead after a fine offseason of moves.

Here’s how I see the Metropolitan Division standings, playoffs and 2020 Stanley Cup Final shaking out: