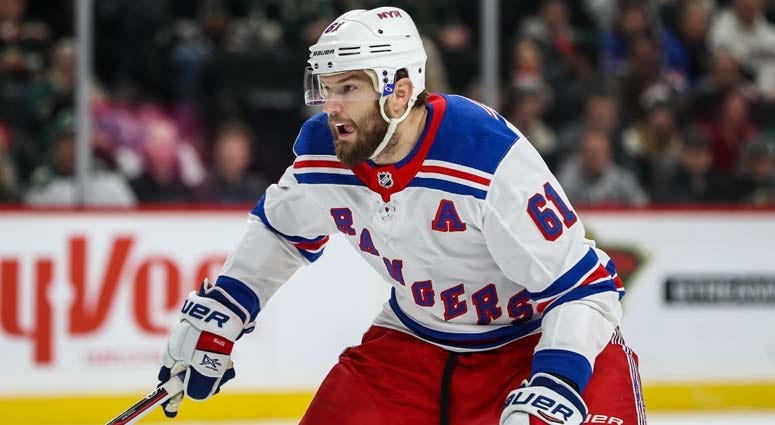 On Friday morning, news filtered out that former Rangers alternate captain Rick Nash is retiring after 15 NHL seasons. Hockey can be a brutal sport and Nash has endured multiple concussions, leading to a premature retirement from the game at age 34.

Nash did the sensible thing by putting his long-term health first and his family first by hanging up the skates and walking away.

Expectations were high when Nash arrived at The Garden in the lockout-shortened season 2012-13. He delivered an exceptional regular season performance by tallying 42 points in 44 games. His first season as a Ranger was also head coach John Tortorella’s final year in charge as the Blueshirts suffered a premature playoff exit in the second round to the Boston Bruins.

Nash recorded five points in 12 games during the 2013 playoffs. It was at this point that a vocal minority of the Rangers’ fan base began questioning Nash’s performances under the playoff spotlight and started labelling the 6-foot-4 forward as “soft.”

Alain Vigneault replaced Tortorella and delivered the Rangers’ first Stanley Cup Final appearance since 1994 during his first season in charge in 2013-14. The Rangers lost out to the Los Angeles Kings in five games. Again, that segment of fans looked for someone to blame and took aim at Nash.

Those fans took umbrage with Nash’s 10-point output in 25 games during the 2014 playoffs. Nash ran into some cold spells at crucial times, but his work on the defensive side of the puck was being lost on his detractors. They used his $7.8 million annual salary as the stick to beat him with and ignored all the ways how Nash’s all-around contributions had helped the Rangers reach the Final in the first place.

During the 2015 playoffs NBC studio analyst Mike Milbury ripped Nash, calling the power forward “marshmallow soft” and screamed for Nash to “show me something for crying out loud.”

This incident gave Nash’s critics more ammunition, but Milbury was incredibly wrong in his analysis given how dominant Nash was playing along the wall, on both ends of the ice and given how his efforts were helping the Rangers in shot generation throughout the 2015 playoffs. Nash was playing like a three-zone beast. Milbury either didn’t understand Nash’s value or wanted an easy target to attack for the cameras. Nash finished the 2015 playoffs with 14 points in 19 games.

Injuries and concussions largely robbed Nash of replicating the standards that he set as a Blue Jacket during his six-year stay in Manhattan. He did record two terrific seasons as a Blueshirt. His 0.95 points-per-game production in year one with the Rangers was magnificent – as was his 42-goal, 0.87 points-per-game season of 2014-15. Nash finished that campaign only behind Alex Ovechkin’s 53 goals and Steven Stamkos’ 43 goals in the running for the Rocket Richard Trophy.

Overall, Nash should be remembered as a very good Ranger and an excellent teammate. The labels of him being “soft” and a “playoff choker” were never fair, nor were these accurate depictions of his contributions.

There were times when he ran into goal-scoring droughts. Even the very best players in the league occasionally fall into slumps, though there were spells when Nash dominated in every possible way aside from putting the biscuit in the basket.

Nash did not receive enough credit for being the leader on offense who drove the bus and whose fine play in three zones challenged teammates to raise their performances. As time goes on and fans reflect on the era when Nash called The Garden home, they’re going to remember him more for his heroics rather than his shortcomings.

He was indeed, a very good Ranger.