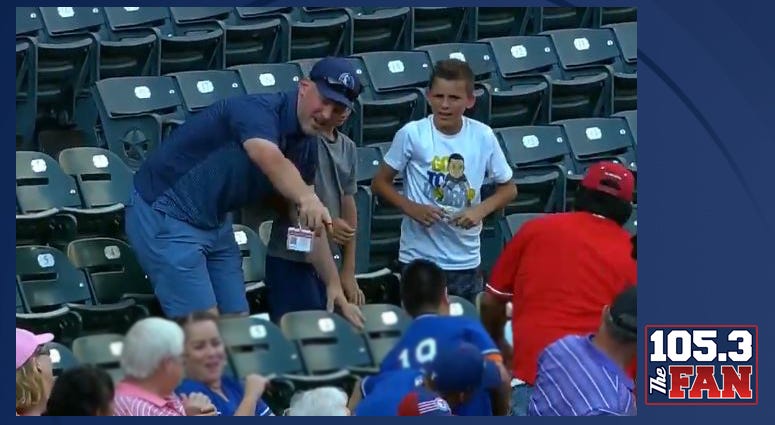 “Boy, I got vision and the rest of the world wears bifocals.”—Paul Newman as Butch Cassidy.

About 20 years ago when I lived in Long Beach, I met Dr. Mike. He lived in my apartment complex and had recently started playing baseball in the over-30 Men’s Senior Baseball League. Having recognized who I was and what I did, Dr. Mike thought I was the perfect person who would understand a concept all his friends had mocked him over. Our conversation, from my memory, went something like this.

Dr. Mike: You know how every team brings in their closer to pitch the ninth inning?

Dr. Mike: Why can’t they have him pitch the first inning instead?

Me: That’s crazy. Why would they do that?

Dr. Mike: Then the starter comes in in the second inning and goes from there.

Me: But the final three outs are the ones everyone says are the hardest to get. Relievers always talk about how different it is when there’s nobody coming in behind them.

Dr. Mike: But you can have the closer, too. You have one guy to pitch the first inning, the closer to pitch the ninth inning, and the starter pitches in between them.

Me: Most teams have a hard time finding one of those guys. You think they can find two of them? Nah, you’re nuts. That’s never gonna happen.

Mike Sable is not a sabremetrician with a Harvard degree and expertise in WAR, wOBA, and OPS+.  He’s a 52-year-old Mets fan and ophthalmologist from Long Island. And he came to me with the idea for "the opener" 20 years ago, only to have me do what the rest of us did when the Tampa Bay Rays started rolling them out last year.

In less than two full seasons, it has become such a common occurrence that Oakland used an opener in the American League wild-card game against the Yankees last season. And the Yankees have had such success using Chad Green in that role that it’s among the options they will consider heading into this postseason.

And I’m here -- 20 years after walking away shaking my head like any normal-thinking baseball fan would and did -- to give Dr. Mike his just due.

“Dude, I remember this like it was yesterday because not only did I talk to you about it, I had talked to my friends about this before you, and they also thought it was stupid,” Sable told me last weekend over the phone. “I remember meeting you and saying, ‘Finally, someone who knows baseball will validate my idea that everyone else laughed about.’  Then you did the same thing!”

I’m sorry, Dr. Mike. I should have listened more carefully. Alas I didn’t have vision like you did, Butch.

“It always made sense to me,” said Sable. "The best players are probably always in the top of the lineup, that’s why you put 'em there. And your best pitcher is going to close out the game, 1-2-3, and save the game for you, so why not have one of your best pitchers pitch the first inning, get rid of those top-of-the-order guys then bring in your starter in the second inning when they don’t have to face the top of the order, can get in a bit of a comfort zone better and a little bit of a head start so to speak?”

Sable had been blabbering about this to his friends for years, but they paid no mind to his senseless ramblings.

“They didn’t grasp the concept of getting through the first three or four batters, getting a little bit more rest,” Sable said. “And this was 20 years ago when pitchers threw a lot more than 100 pitches.”

I, on the other hand, should have thought about it a little more. I should have appreciated the nuance and the foresight. But I shook my head and laughed at Dr. Mike just like all his friends did.

“What does he know? He’s a Yankee guy,” Sable muttered to himself.

But like any good innovator, a few narrow minds didn’t cause him to abandon the idea.

“I think about this every day,” said Sable, who has played in the MSBL on Long Island and other hardball leagues for more than 20 years. (He once hit a home run at Shea Stadium in a charity game to benefit the Ron Hunt Eagles Baseball Association.) “I mean, I do have a job, but yes, when I watch baseball I think about this stuff.”

And when the Rays broke out this idea last year that started to gain some attention around the rest of baseball, Sable’s friends remembered. And so did I. I mentioned this on the radio with Joe and Evan earlier this year, but that wasn’t enough for me. I had to track down Dr. Mike and tell him he was spot on. Because the idea — with the proper personnel in place — does make a great deal of sense. And it’s only going to become more prevalent.

Although, to be fair, most teams didn’t boast bullpens with multiple 95- to 100-mph arms back then. And teams didn’t carry as many pitchers on the 25-man roster. So there are some reasons why the idea didn’t make sense around the turn of the century.

“I thought it was a a great idea 20 years ago. I think it’s an even better idea now,” the suddenly validated Dr. Mike said. “Nowadays pitchers are monitored for how many pitches they throw, and they are analyzed on so many different factors and statistics that it’s making more sense.”

I’m sorry I lacked your vision, Dr. Mike. If you would like to go rob some banks in Bolivia, I’m in.