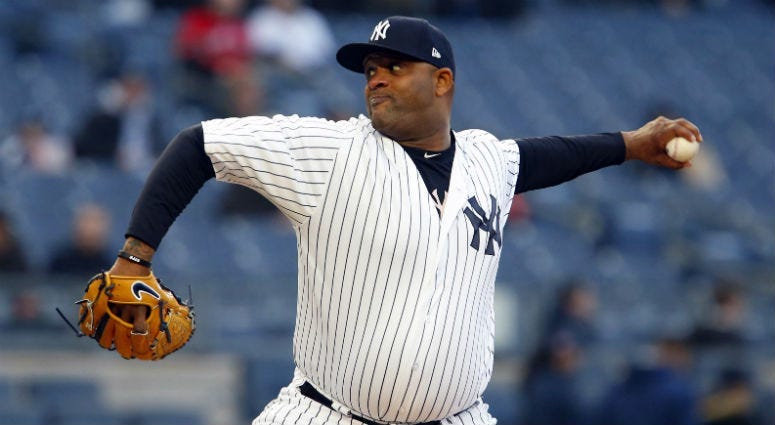 For the New York Yankees, there might actually be baseball Friday. Unbelievably, the last time the Yankees played a complete game was last Sunday at the stadium.

Over the last five days, the Bronx Bombers have played a mere six innings of baseball, enduring a suspended game followed by a cancelled game with the Washington Nationals.

All because of weather.

Then, if that wasn’t enough, the Yankees’ flight was grounded at Dulles International Airport in Dulles, Virginia Wednesday night because of a combination of a mechanical issue with the plane and poor weather conditions.

Fortunately, Thursday was a scheduled off day for the Yankees, but sleeping in a Virginia airport (thanks to there being no hotel options) was not what the club needed.

“It was an unfortunate set of circumstances,” general manager Brian Cashman remarked.

Finally, the Yankees made it to Kansas City on Thursday morning, and probably couldn't be happier to be there. Beginning Friday night, they’ll embark on a three-game series with the Royals, and most importantly, there is no rain in the forecast.

For some actual baseball news: CC Sabathia, who is no doubt very well rested, will take his 2-0 record along with a 2.23 ERA and 28 strikeouts to the mound in the series opener. The big lefty will also be seeking his 250th career win, which includes 10 postseason victories.