Giants head coach Brian Daboll has been known to get feisty on the sidelines when certain things go wrong for the Giants, but rarely has that spilled over to his postgame press conferences.

It did on Thursday, though, as following Big Blue’s 28-20 loss in Dallas, Daboll gave a slew of quicker-than-usual answers to various questions, and even his opening monologue was all of five words: “Tough game, give Dallas credit.”

"He's a competitor. He's a head coach. Just like all of us, we hate losing,” said Saquon Barkley of the situation.”

"You can't have emotions in this sport. Emotions will eat you alive,” defensive lineman Kayvon Thibodeaux added. “So for us, we just try to continue to stay poised, stay monotonous and kind of just keep growing. Keep getting better. And just realizing things happen and all you can do is rebound. You can't do nothing with that game. You just have to flush it and keep going.”

Barkley didn’t think the loss stung any more than any other loss because it was the Cowboys, or because it happened as it did, simply saying, “every time we lose, it sucks.”

“You get that nasty feeling, that pain in your stomach, especially when there are a lot of things you can go back and if you change it, you change the outcome of the game,” Barkley said.

"We are definitely frustrated. Every time we go into a game we have the mentality to win, regardless of the circumstances,” Andrew Thomas added on that note. “We had the chance today, we just didn't do enough to pull it off."

Julian Love thought those in the secondary did as good a job as they could stepping up with so many missing pieces, and Thomas felt the same about an offensive line that was decimated.

However, doing a good job and winning aren’t co-dependent, and in this case, the former didn’t lead to the latter – which means the Giants headed home for their “mini-bye” losers of two straight and three of four since starting 6-1. 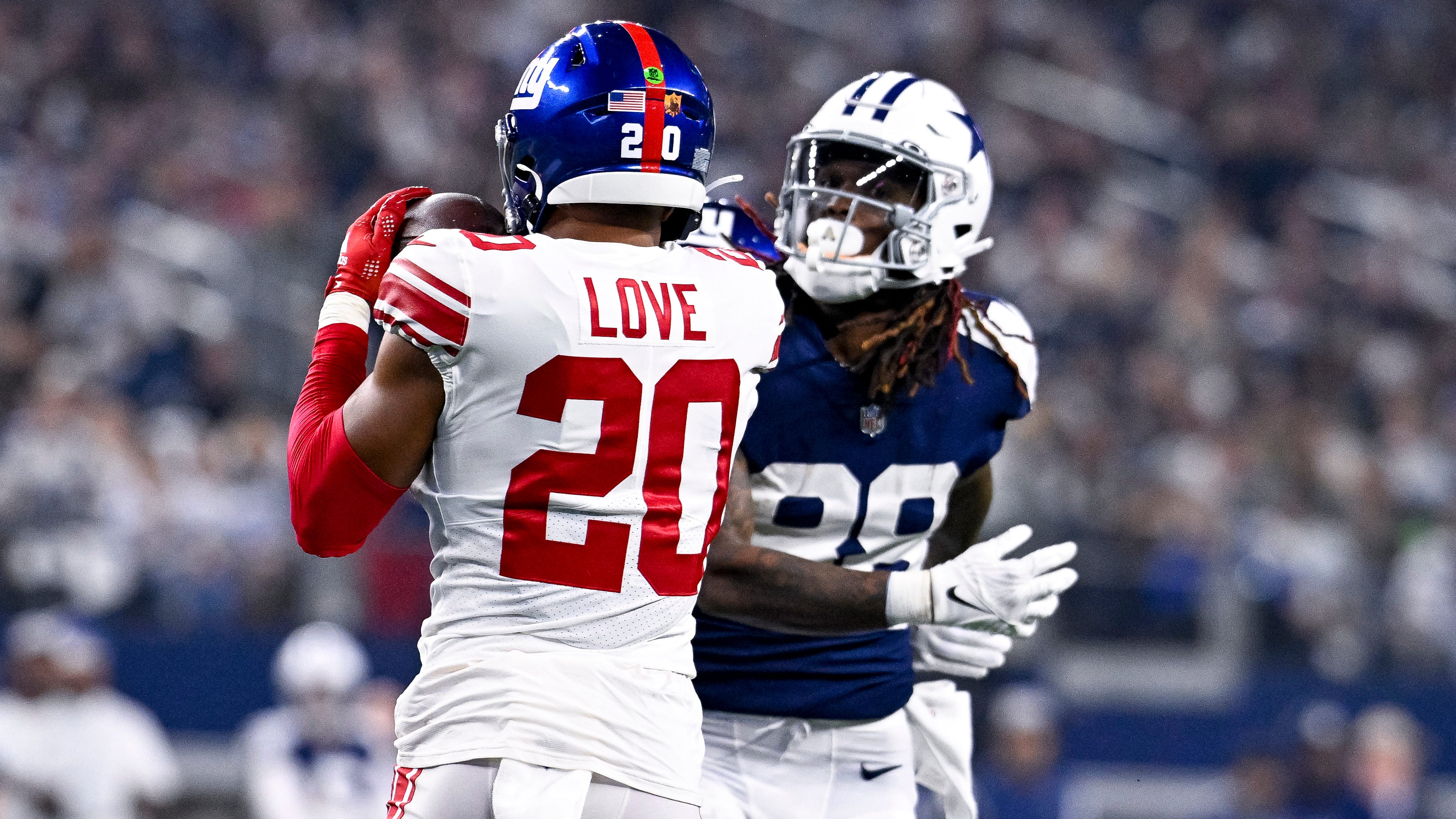 And yes, regardless of Barkley’s thoughts, there is some merit to taking a division loss harder.

"It's a tough loss. It's a divisional game and a game where we didn't play our best. That's always disappointing,” Daniel Jones said. “Dallas is a good team, but we didn't do what we needed to do to win the game. That was the difference and it's frustrating for all of us."

So now, with that streak going, the Giants are 7-4, in third place in the NFC East (and down a tiebreaker to Dallas), and they have a string of three more divisional games, with home games against the Commanders and Eagles before a visit to D.C.

The Eagles are 9-1, Washington has won five of six entering Sunday’s game vs. Atlanta, and beyond that, Minnesota awaits on Christmas Eve – meaning if Big Blue isn’t ready and rolling at 100 percent, a season that began 6-1 could be under or just barely above .500 come New Year’s Day.

Some might say their season is at a crossroads as the calendar flips to December, but don’t tell the Giants that. Where was the Giants' running game on Thanksgiving?

"We've got a really good opportunity going forward. We know that we have some big games down the stretch, and we put ourselves in a good position. We've got to heal up and take advantage of this long week and get back and learn what we've got to learn off this film. We're still confident. We're 7-4. We've got a lot still to accomplish."

Daboll echoed that, basically saying it’s on to the Commanders in a less Belichick-ian way, and that cleaning up the mistakes and missed opportunities starts with him.

And that will start in a few days, as the Giants are thankful for a couple extra days before that Commanders game to get their minds and bodies right heading into a crucial stretch.

“Anytime we can get a little bit of time off, spend some time with family, get away from the game, it is always helpful,” Barkley said. “Use that time, let your body recover, let your mind recover. Come back and get ready for the stretch and take this time to get ready for Washington."

"For me, you put the ball down on any day and we will go play,” added Thibodeaux, “but this will definitely be good for us to get healthy, and we are going to be ready when the time comes.”

The head coach, too, thinks the break will be invigorating.

“It’s been a tough 12 days, and obviously, we haven't gotten the results we were looking for,” Daboll said. “But, I think we’ve just got to get a little rest, mental and physical recovery, and come back on Monday and get ready to play another division game, do the same stuff we always do each week.”

When they do come back, Love is confident the guys forced to step up on Thanksgiving will have another learning experience under their belt and more confidence in their games, and said that “everything we want is in front of us.”

Just as it always has been, so while the terrain may be getting tougher, the Giants have been preparing for it all season, and aren’t going to change anything now.

“They don't get any easier,” Daboll said. “It’s the ebbs and flows of the season, and each week is tough – but we'll stick with our practice, our preparation, all the things we need to do to try to go ahead and give us an opportunity to win a game.”