On Monday, Jets running backs coach Taylor Embree had Bam Knight stay after practice, and that’s when he told him there was a chance the rookie would be called up from the practice squad for Sunday’s game with the Bears.

It wasn’t until Saturday’s walk-through that Knight officially learned he was coming up, with James Robinson being a healthy scratch,

“Bam’s been doing a really nice job, and you know his style of running – one cut, get vertical,” Saleh said after Sunday’s win. “I feel like the past few weeks there’s been a lot of meat on the bone in the run game, and I felt if we could get vertical and get rolling, Bam would be a good change of pace because he gets vertical pretty quick.”

Saleh was quick to say that Robinson, who was acquired from Jacksonville last month, “is still learning our system and getting comfortable, so no one’s seen the last of him,” but Knight always believed in himself and was happy to get the chance to contribute.

“I’ve always had the mindset that I’m the best running back out there on the field; you have to have that mindset, especially at this level,” Knight said. “Being a rookie I’m still figuring things out, but I’ve been learning from the older guys on how to get to Sunday, and it was a blessing to be out there.”

Knight hasn’t gotten any game reps since the end of the preseason, and wasn’t sure how many snaps he would get Sunday. And to be honest, he still wasn’t sure as the game progressed why he got so many reps, only learning late in the game that Michael Carter was done for the day with an ankle issue. 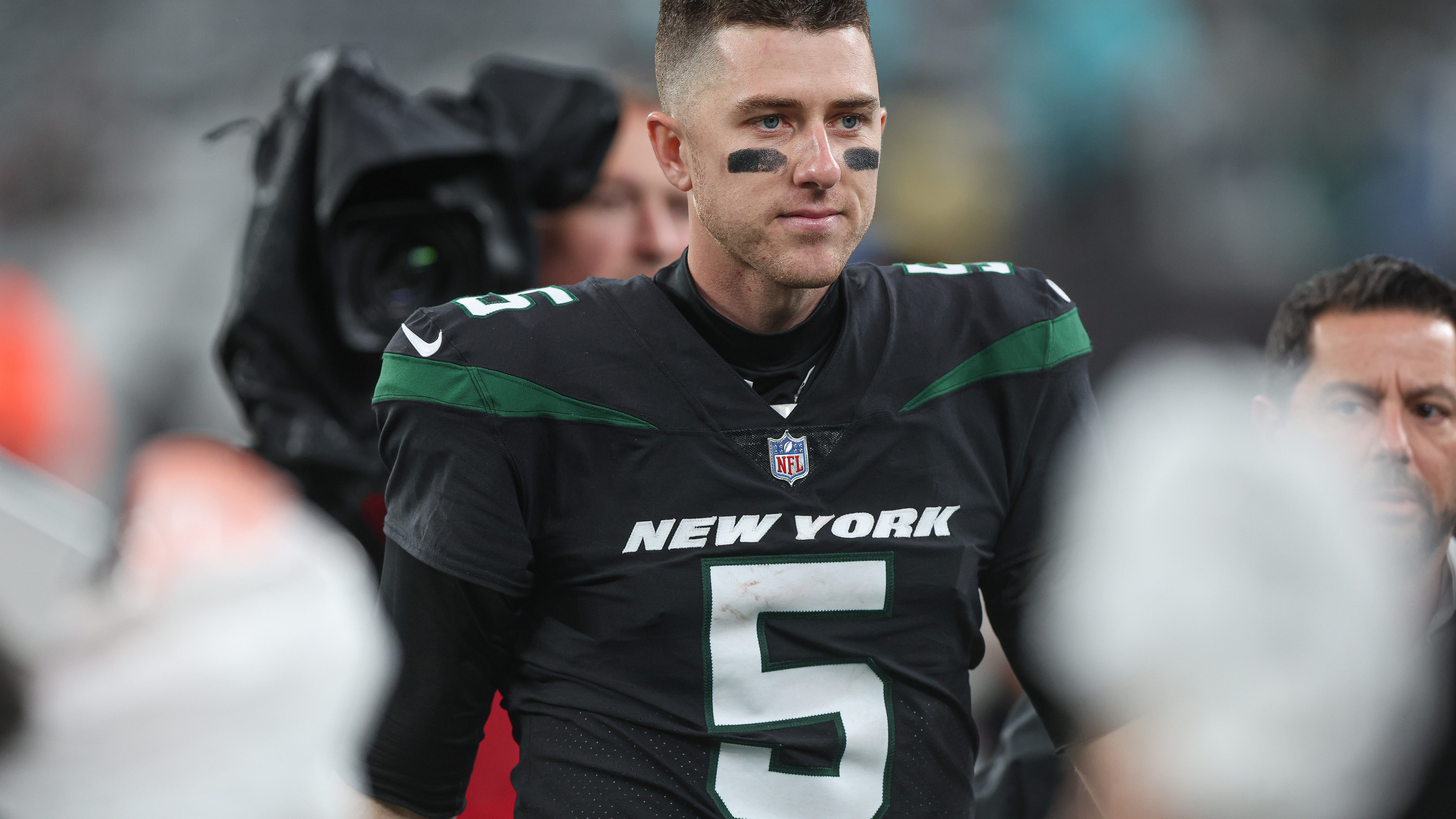 “I was wondering why I kept going back out there, but everything happens for a reason, so I’m glad I was able to make the most of those opportunities today,” Knight said.

He did indeed, racking up 69 yards on a team-high 14 carries, six of which came in the fourth quarter as the Jets were trying to sit on the ball and maintain their big lead, and finishing a day where the only thing that kept the rushing game from topping 160 yards total was a pair of game-ending kneel downs.

“I think it was just taking what we do at practice in trusting our tracks and landmarks and letting the offensive line handle the rest,” Knight said. “It was really just everything we work on in practice and translating it over to the game.”

Knight is still unsure of his status going forward, which depends a lot on Robinson’s progression and Carter’s injury, but even if he’s inactive versus Minnesota

“I have good people in my circle who keep me grounded,” he said. “I always talk to my high school coach and he tells me all the time that I could be home, and there’s a million people who’d love to switch places, so I take every practice and every rep seriously. I go against one of the best defenses every week, so I try to take advantage of those reps.” 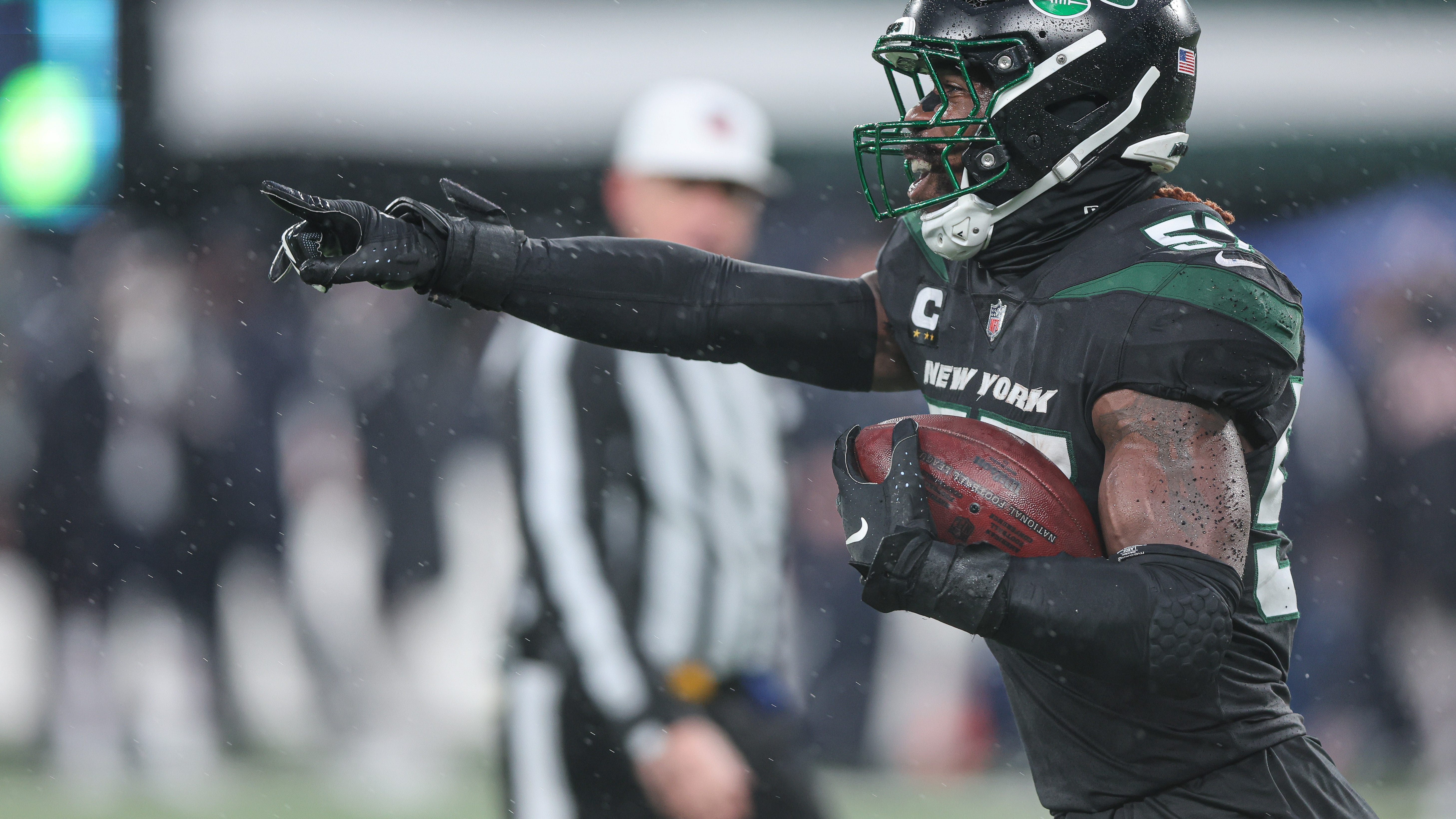 C.J. Mosley gets Jets' first INT by a linebacker since 2020

One thing is for certain, though: regardless of how Carter feels, he has to show up to the facility Monday wearing NC State gear, after Knight’s Wolfpack beat Carter’s 24th-ranked UNC Tar Heels in overtime on Saturday.

“Yeah, that was great,” Knight smiled about the Tar Heel State battle.

Just like his performance in his NFL debut Sunday.