Speaking to the media on Monday, following the Jets’ Week 3 loss to Cincinnati, head coach Robert Saleh was hopeful that the team will get clearance from Zach Wilson’s doctors sometime by the end of Tuesday that he is good to go.

“We’re looking for confirmation, and as we’ve talked about, once Zach’s doctors clear him, he’ll be ready to roll, but can’t really define that until we get clearance from them,” Saleh said. "I wish I could tell you more, but it's just communication. They've have been keeping tabs on him with his progress and day-to-day activity with a lot of detail, so it’s just more communication than anything.”

Saleh had said weeks ago that the earliest Wilson would return from his knee injury was Week 4 in Pittsburgh, and it seems as if that may be the exact track. The unknown means that as of now, Joe Flacco is still the starter, but given that they should know by Tuesday whether Wilson can go, he’s not worried about the game plan.

“There’s going to be some stuff that’s always in the base game plan and how you do things, and then you start adding based on players,” Saleh said, “so there’s plenty of time from a game-planning standpoint to get ready for Pittsburgh with whoever it is.” 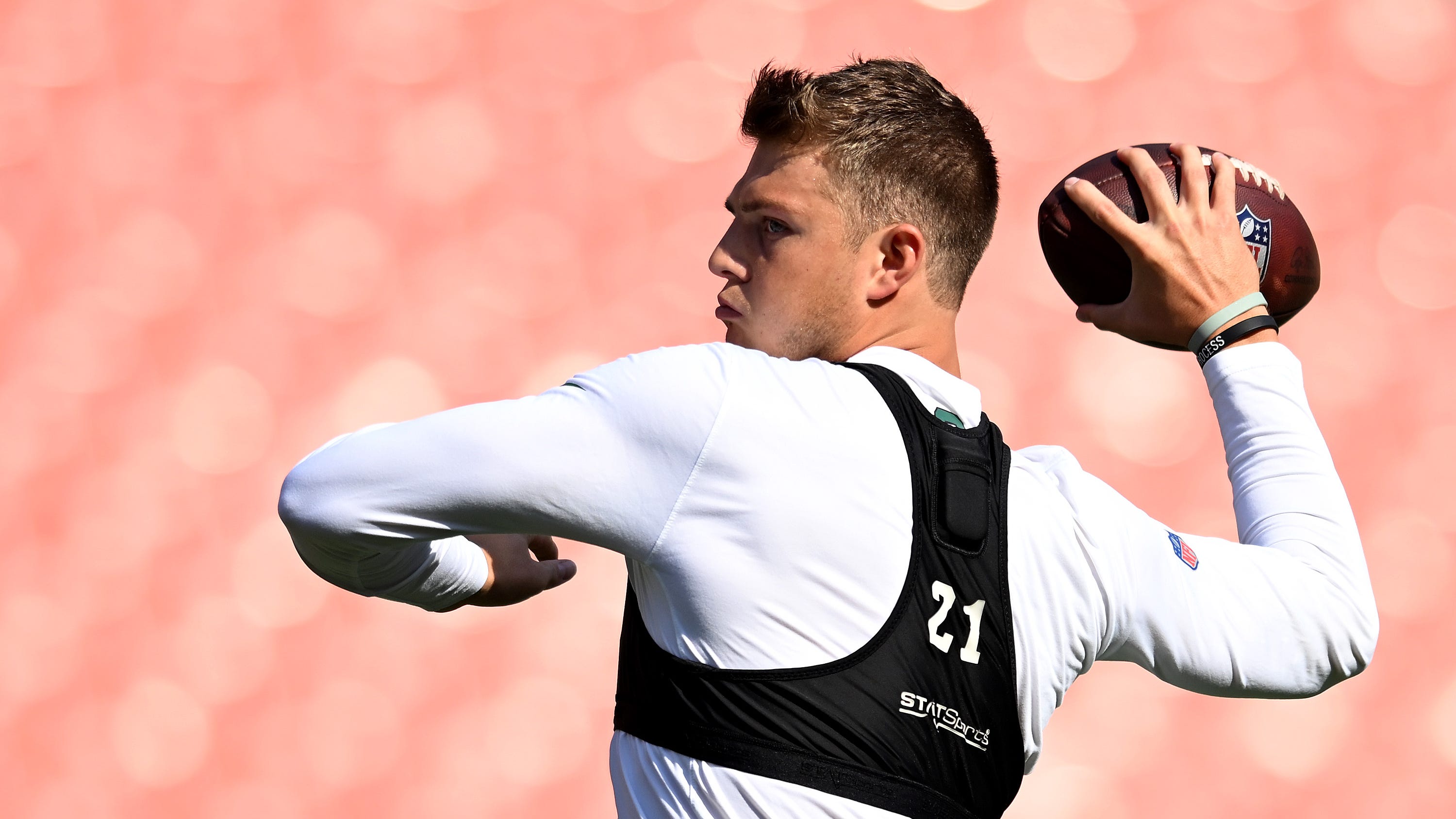 “At the end of every practice we take the third-string guys and the practice squad guys that don’t get as many team reps because you’re so limited in the amount you can work, and we have a 7-on-7 period,” Saleh said. “Zach’s been doing those “Flight School” periods, getting the reps, and working through dropbacks and progressions and all the things we ask him to do.”