When popular Twitter account Freezing Cold Takes is tagged in several comments following a post, you know that said post has a polarizing element to it. In this case, it was a fairly bold statement from one of the most polarizing players in the NBA — Kyrie Irving — that resulted in Freezing Cold Takes' involvement.

But someone from Brooklyn had to say something, right? After all, the hyped-up Nets finally had their three-man dream core of Irving, James Harden and, for one game, Kevin Durant together on the court. And what better opponent to feast on and establish themselves as a major threat against than the lowly Cavaliers... right?

Think the Cavaliers' social media department is having enough fun?

On the other side of the having-fun-on-social-media spectrum, there's Irving, who posted a long message to his Instagram story following the second of two losses (h/t Bleacher Report).

Don't trip. It's a long journey.
We will be on that stage. The stage where the "best of the best" meet... you know, the main stage.
Where those who can do, and those who cannot talk about those that are doing.
If you rolling with us, great. Let's rock.
If you're not......... you know you wanna talk about our greatness anyway!!!!!!!

Thx everyone for the tags!

It's been a rough stretch for Irving, who missed a large portion of the young 2020-21 season due to personal reasons that remain shrouded in mystery, though it's wrong to speculate too much about his personal matters. They're personal, after all. 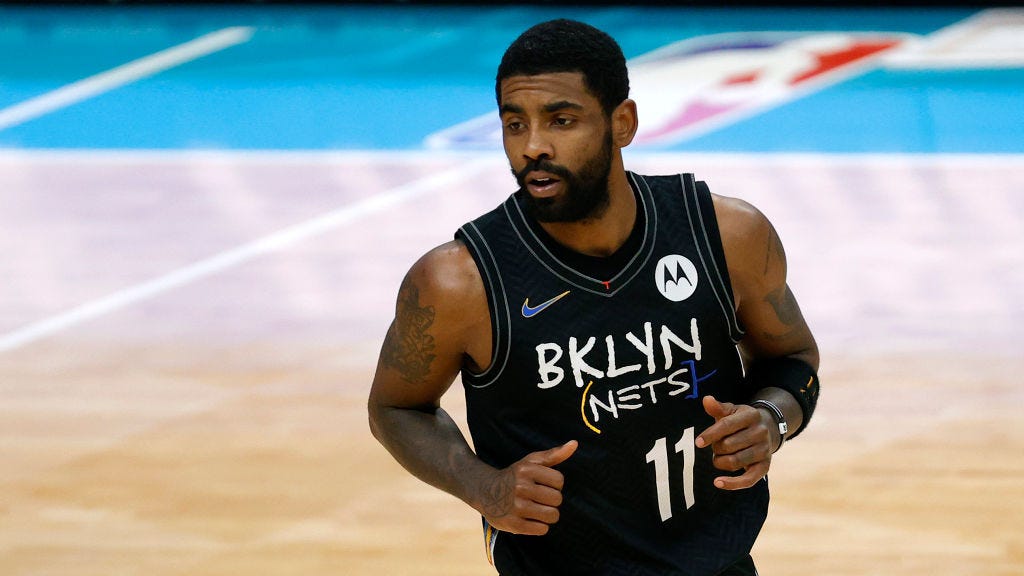 Kyrie Irving breaks silence on absence: 'A lot of family and personal stuff going on'

Irving was dazzling in both losses to the Cavaliers, scoring 37 in the first and 38 in the second despite coming up short as a team. New addition James Harden has yet to find his league-leading scoring abilities in Brooklyn, though it's a long process of adjusting. That's not to say he's been bad by any means. He tallied 21 points in the first and 19 in the second, with double-digit assist efforts in each game.

The statistics are certainly there. But when will the Ws start to follow?