Aaron Judge hit just one home run on the Yankees’ homestand, a solo shot in the ninth inning of what ended up as an epic comeback walk-off victory, so he is still “stuck” on 60 as the Yankees head to Toronto for three games.

In the midst of a five-game homerless drought, there’s still plenty of chances for Judge to tie and/or break Roger Maris’ team record – but if it does happen, neither he nor his skipper will be upset it didn’t happen in the Bronx, even if every fan who attended games Wednesday-Sunday might be.

“We just went 6-0 and he was right in the middle of all of it. The script will play out; it’s the drama of sport, and things happen if and when they’re supposed to,” Aaron Boone said Sunday night when asked if he was disappointed 61 never came. “You’re competing at the highest level, you can’t just push buttons to have things happen, so I’m just proud of how he’s handling it and still being a central figure in us winning games.”

Of course, if Judge’s homerless streak gets up to a near season-high eight games, he’ll have three more in the Bronx this weekend to try, and that’s what he cited in his answer.

“Can’t think that way, and it’s not our last home game, so I’m not too worried about it,” Judge said with a smile. “Either way, it’s a lot of fun. Playing for the Yankees, in first place, there’s no better feeling. Just trying to soak in every single day and moment with these guys. This is stuff you dream about as a kid.” 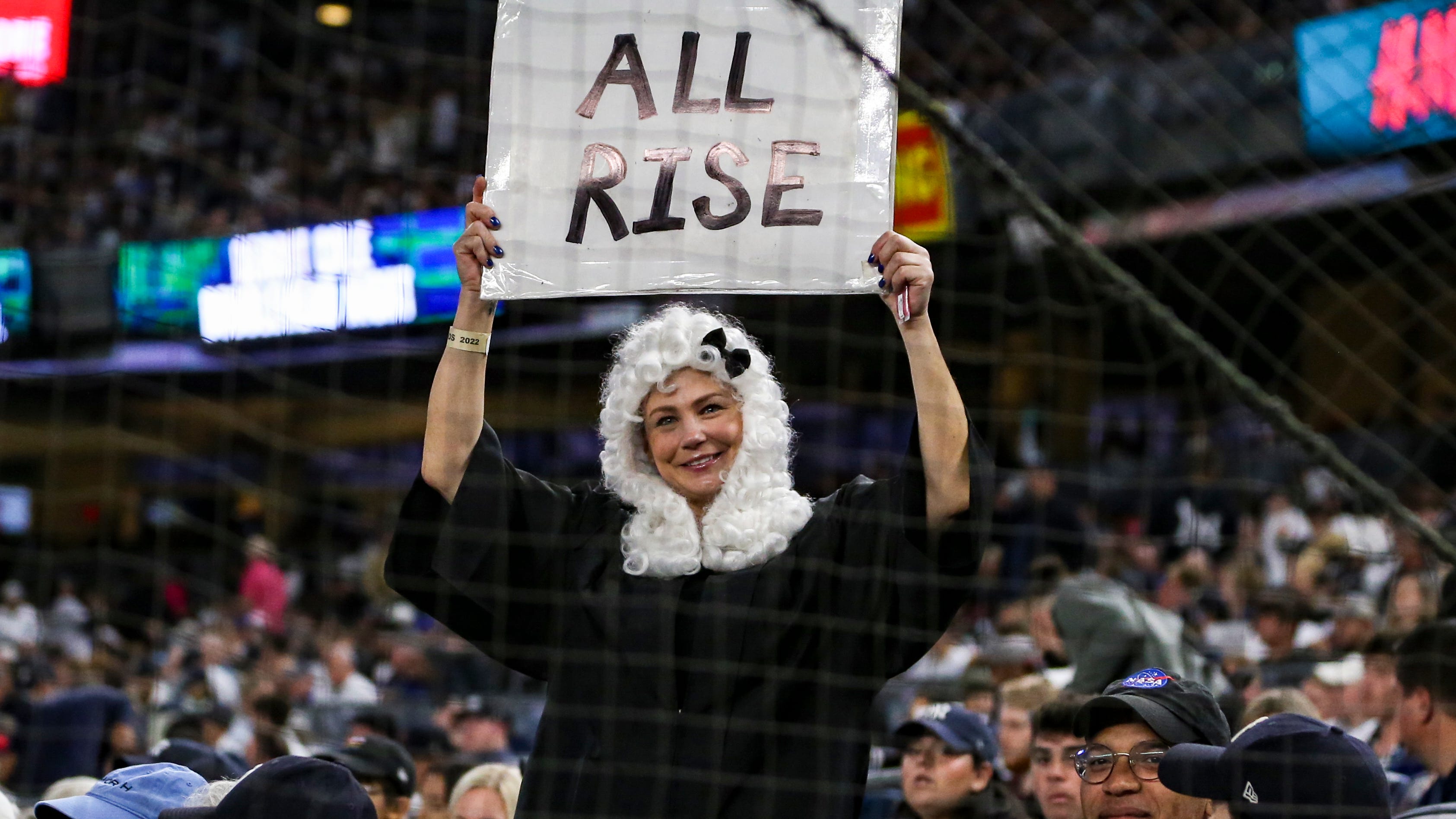 After all, Judge echoed what Boone noted Sunday for the umpteenth time: hitting home runs is hard.

“Of course I want him to do it, but also I don’t want to put pressure on it. Home runs are hard to come by, even for a guy who hits a ton,” Boone said. “I have too much respect or how difficult the game is, so I just want him to continue to be in the place he’s in, where he’s handling this so well and continuing to have winning at-bats.”

“Ask any hitter…it’s not easy, and I feel like home runs kind of happen by accident sometimes,” Judge added. “They’re more thrown than hit, because it takes the right pitch and the right situation. It just kind of happens.”

If the record tying and breaking homers come in Toronto, well, that will put an end to the chase, but likely not what one reporter called “the circus” of the situation – but that’s not something that bothered skipper nor player, either. 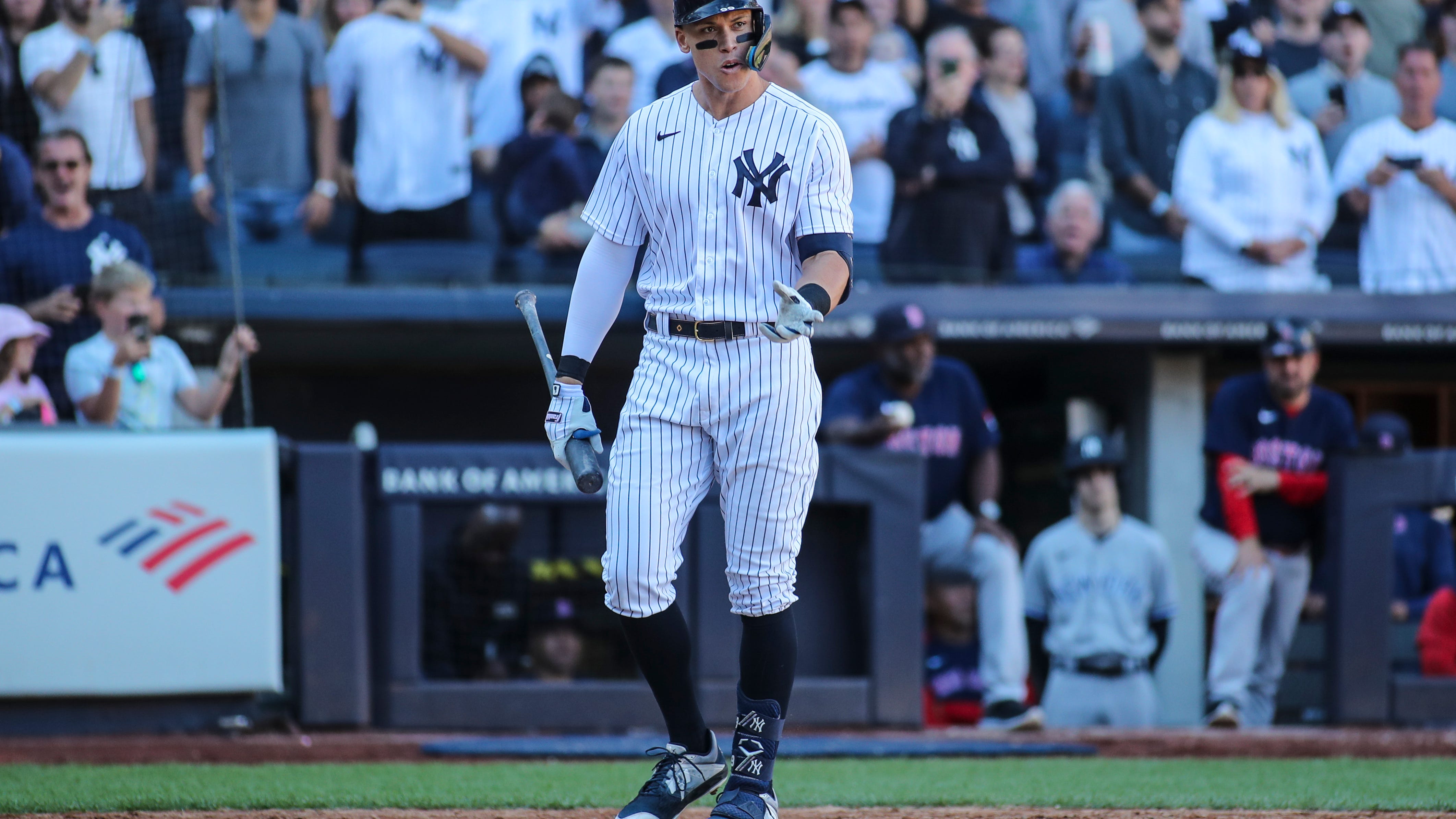 Despite four-game homer drought, Aaron Judge 'looks the same as he has all year'

“I kind of enjoy the circus,” Boone laughed. “Eventually, with him, you feel it will come, but I don’t want to put any expectation on it. I feel he’ll get there, and when he does, it will be amazing.”

“I’ve played in New York for six years now, this is par for the course, especially with all the playoff games we’ve had. It’s just another game to me,” Judge added. “Maybe the first game (of the homestand) was a little different because I didn’t know what to expect, but after that, you just kind of settle in and think of it as a postseason game, where fans are on their feet, invested and going crazy with every pitch. Kind of makes it easy to step in and lock it in.”

The Yankees have 10 games left, and given Judge’s pace – 60 homers in 152 team games is a little over 2.5 games per homer – chances are it’s going to happen eventually. And, if Judge has anything to say about it, even if he has to be the DH now and again (and especially after the Yankees clinch the AL East), he plans to be in there every step of the way.

“I’m playing until we clinch this division and put ourselves in a good spot, so I won’t be asking for any days off, I don’t think,” Judge smiled. “Physically, I feel as good as I can be. I think one thing that’s helped us out is we’ve had some off days this September, which have helped us stay healthy. So I’m feeling great, ready to go.”

So, too, are his teammates, who are waiting with anticipation for the record.

“We’re waiting just like everyone else, and the atmosphere has been incredible,” said Nestor Cortes. “Obviously the fans want to see history, but for us, it’s cool to be front row to all that stuff. Every fly ball we’re screaming with the fans, and we’re all excited. Hopefully, he does what he usually does and we can witness it.”

And they’ll be ecstatic when it does for both Judge the teammate, and Judge the man.

“It’s incredible to me the season he’s having, and there’s not a better person to do this. He’s a great ballplayer but an even better person off the field,” said Cortes, “and he’s the same guy as always. You can’t even notice he’s about to hit his 61st home run, and that’s what makes him so special – he’s always the same guy.”